This is a flea market fanatic's favorite time of the year, because plenty of people are wrapping up their spring cleaning and the weather (at least in the Bay Area) is perfect for both vendors and bargain hunters... sunny, yet cool.   In other words... there's plenty of new vendors and fresh goodies out and about.

In fact, last Sunday was the flea market's version of Opening Day.  There were at least 25% more vendors than usual and the place was packed with shoppers.  Usually there are two to four vendors with sports cards.  Last week, there were at least seven. Unfortunately, most of their stuff wasn't worth looking at and the one guy who had cool 90's inserts was still living off of 90's Beckett values.

But I didn't walk away empty handed.

Fifteen minutes into my flea market hike, I came across a guy who had a ton of toys from the 80's and 90's, including SLU's, action figures, and Transformers.  I was interested in a bunch of his stuff, but his prices seemed high.

Hidden under some Beanie Babies, he had a small shoebox filled with sports cards in penny sleeves.

It's not a complete set, but it had the Rickey Henderson... and that's the card I really wanted. 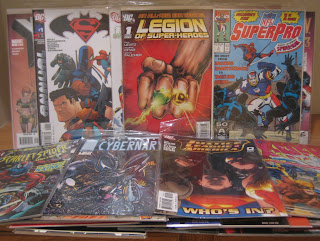 Okay.  Let's go over this one more time.  I'm not really a comic book guy.  But this guy was dumping his collection and if there's one thing you should know about me by now... I can't walk away from a bargain.

He wanted a dollar per comic, but offered bulk discounts.  Since I often associate first issues with rookie cards, I grabbed a bunch of those... plus a few with cool covers.

In the end, I had thirty-five different comics.  Here are a few of my favorites: 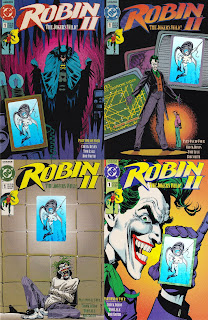 Well that wraps up another Sunday at the flea market.  If things go as planned, I'll be headed out to the 17th Annual Tristar Bay Area Classic Collectors Show this afternoon.  After that, I'm going to watch Henderson vs. Melendez at UFC on Fox 7 over at the San Jose Arena.  I've never been to a live MMA fight, so it should be pretty cool.