A Grip Load of Gwynn

If you're a Tony Gwynn fan, then this post is definitely for you.  I recently stumbled upon a large collection of his collectibles on eBay and immediately entered the $9.99 opening bid.  A day later, I was the proud owner of this awesome lot:

These were handed out on September 3rd, 2004 at PETCO Park to 46,000 fans.  I'm a huge fan of stadium giveaways and was excited that this particular lot included two of these.  One of them has already been placed on my San Diego Padres shelf in the office.  The other will probably be handed down to my nephew. 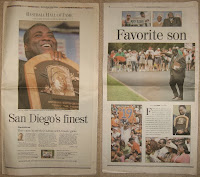 The San Diego Union-Tribune honored Gwynn on the front page the day after he was inducted.  They also included a special section dedicated to him and Cal Ripken Jr.

The seller had a few more items relating to Gwynn's induction into Cooperstown... including a copy of the 2007 Hall of Fame Yearbook and the induction program: 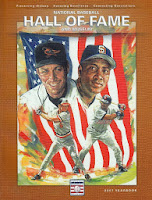 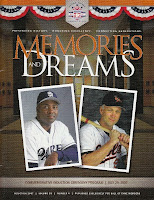 Earlier in the year, I offered a guy $7 at a card show for the yearbook and he shot me down.  I guess I should be grateful he did. 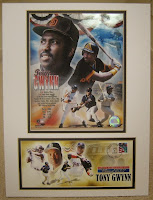 This 12" x 16" matted piece was produced by the United States Postal Service back in 2007.  The photo collage and date stamped cachet is going to look awesome hanging up in my office after I buy a frame for it.

The final HOF related item was this special commemorative hat that was signed by Gwynn.  Well... at least I think it's his real signature.

There were a few more smaller items included in the lot like this pamphlet and pin: 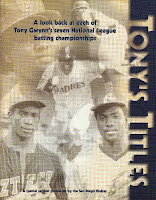 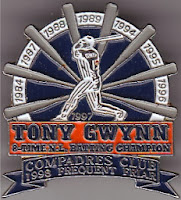 But it's time to finally show off the centerpiece of this lot:

This ticket stub might look like just an ordinary ticket, but it's actually from the final game of Gwynn's career.  After doing some research, I discovered that it's the same game in which Rickey Henderson collected the 3,000th hit of his career.  Pretty cool, huh?

It included a special acrylic holder that could display the original ticket, as well as this oversized ticket.

I'm still amazed that I was able to win this auction for $9.99.  I'm guessing that other Gwynn collectors were turned off by the guy's $10.59 shipping fee... but for total price of $20.58, I'm perfectly content with this grip load of Gwynns.

Happy Friday and sayonara!
Posted by Fuji at 3:00 PM 7 comments:

It's been a long time since I learned about the Pilgrims, the Mayflower, and Thanksgiving in grade school.  It's a good thing I collect little pieces of cardboard with pictures and words written on them, because sometimes you can actually learn a thing or two from them.

If you're interested in learning something about Pilgrims, check out card #130 from the 1992 Starline Americana set: 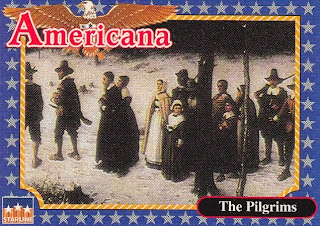 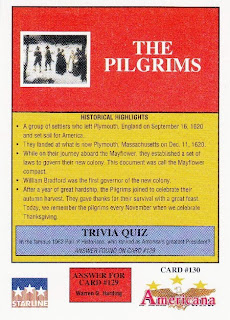 Okay... now that we've gotten the history portion of this post out of the way, I just wanted to thank all of you in our blogworld.  Believe it or not, trading card blogs are one of my outlets when I'm stressed out, frustrated, bored, or sad.

I truly appreciate all of you who take the time to read and comment on my posts.  One of my favorite things about this blog is the camaraderie built through the interaction of people who share a common interest.

I also want to thank all of the amazing bloggers out there who spend countless hours writing entertaining and informative posts.  I never enjoyed reading articles until I discovered trading card blogs.

Happy Thanksgiving and sayonara!
Posted by Fuji at 9:00 AM 4 comments:

When:  Sunday, November 24th
Where:  Capitol Flea Market
What:  Cardboard, Plastic, Metal, Ink, and Paper
How Much?:  $13

I haven't been getting a lot of sleep lately, so I came very close to sleeping in on Sunday morning instead of walking around the cold and dirty flea market.  Then I remembered how important it is to get out in the fresh air and exercise.

There were only two vendors with sports memorabilia, but sometimes it's not about quantity... it's about quality.  And at the end of the day, both of these guys had some of my money lining their pockets.

The first three purchases came from one guy as a single package, but I decided to break it down for this post.

I have made it pretty clear on this blog and to fellow collectors that I am not a fan of logo-less cardboard.  But these were just too cool to pass up.  They remind me of those Pepsi Glove Discs from the same time period, except for these are a little smaller in diameter and come as part of a tray.

He had a bunch of different teams, but I only grabbed the Oakland A's and New York Yankees.  In hindsight, I probably should have grabbed the Detroit Tigers (for Mark Fidrych) and Philadelphia Phillies (for Steve Carlton) trays too.  Oh well.  Maybe next time.

Another oddball item that I've never seen and a great addition to my Green Bay Packers collection.  I probably would have also picked up the Oakland Raiders, San Francisco 49ers, Dallas Cowboys, and/or Pittsburgh Steelers if he had them.  But he didn't.  He had just about every other team except for these four.

If you're interested in learning more about these vintage signs, please head over to The Fleer Sticker Project.  He scanned all of the different signs and wrote up an excellent post. 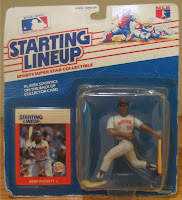 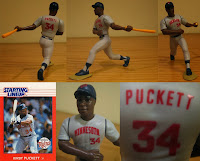 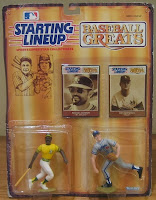 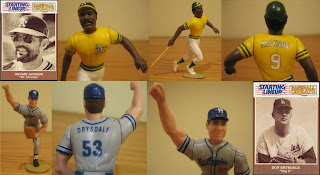 The guy had a bunch of Kenner Starting Lineups for sale, but most of them had damaged packages.  Luckily for me, I don't care.  I have no problems freeing figures from their plastic prison cells and putting them on my SLU shelf, while adding the cards to my cardboard collection.

It's the first time I've seen this guy at Capitol, but he mentioned another flea market he sets up at.  I'll definitely be checking it out and hopefully he still has a few of those trays I mentioned above. 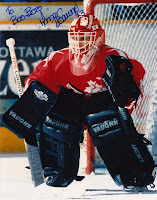 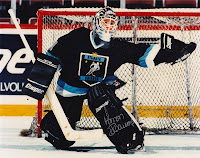 Remember the guy who sold me the 1984 Donruss set and the San Jose Sharks photo inserts the other weekend?  He was back again.  This time, he had a lot less stuff, but I managed to find these two autographed photos of the only female to ever play in a NHL exhibition game.

Neither of these photos are perfect.  The autograph on the left is personalized to Boo Boo and the silver ink used on the other photo is starting to bubble.  However... it's kind of hard to pass up 50¢ autographs of one of the greatest female hockey players to lace up skates.

Don't laugh too hard.  I typically don't buy VHS tapes anymore.  But while browsing this lady's items, I noticed out of the corner of my eye that this tape was autographed.  Upon closer inspection I recognized former 49er's running back Roger Craig on the cover and gave the lady four quarters. 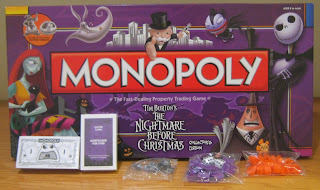 Do you ever find a deal that's too good to pass up... even if you have no use for the item?  This was one of those purchases.  Although the board game wasn't shrink wrapped, it's obvious that it hasn't been played.  The money, cards, pewter tokens, and plastic houses/hotels are still sealed.

I'll most likely take this out to the flea market in a few weeks and flip it to recoup some of my money.

Happy Tuesday and sayonara!
Posted by Fuji at 9:00 AM 15 comments: 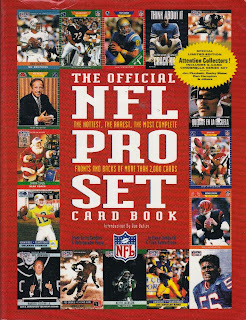 Happy Sunday and sayonara!
Posted by Fuji at 3:00 PM 10 comments:

I Crave The Wave

For over twenty years, I've wanted to add the 1984 Donruss baseball set to my collection.  And after last weekend's flea market purchase, I'm five cards away from fulfilling that dream. 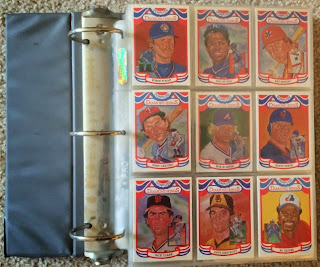 1984 Donruss has always been one of the more popular sets from the 80's, because it has so much to offer.  It introduced the hobby to their famous Rated Rookies subset.  The set featured a fresh new "wave" design, a bright turquoise card back, and solid photography.  Donruss even included inserts (Living Legends) into their packs for the first time.

But to me... the thing that separates this set apart from most of the other sets produced in the 80's is the fact that "demand" still outweighs "supply".  Outside of the 1980 Topps set, I can't think of another regular issue base set from the 80's that sells for over $30 on a regular basis.

But I have never seen the 1984 Donruss set at that price.  Well... at least not until last weekend.

And the only reason I was able to secure it for $12 is because I was convinced that the empty spots within the binder were reserved for the key rookie cards.

Surprisingly, they were all there.

However I still need these five cards if anyone has any base cards laying around:

What's your favorite baseball card set from the 80's?  Why?

Happy Friday and sayonara!
Posted by Fuji at 3:00 PM 23 comments: