If a guy has been elected to the National Baseball Hall of Fame, then you know he was special.  However not all hall of famers are created equally.  Guys like Babe Ruth, Willie Mays, and Hank Aaron are some of the greatest names to ever play the game and are in a league of their own.  While guys like Catfish Hunter, Tony Perez, and Gaylord Perry were good enough to get enshrined, but let's face it... they just aren't in the same breathe as the legends.

Today... I'm continuing the countdown of my favorite Topps baseball base card designs and today's group is focusing on the second tier of sets.

What does that mean?

It means we'll be looking at four sets that I deem to be amazing looking.  However... they aren't quite first ballot hall of famers.  Before I get into my list, if you want to check out the Tier Three sets (sets #16 to #11) and/or would like to read my scoring criteria... click here. 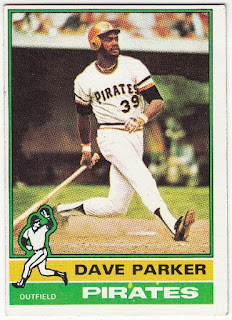 The combination of bright colors and the fielding icons make this design a winner in my book.  I really, really enjoy this design.  Back in October, I had this set listed at #7.  But today... I'm just feeling the newer designs a little more. 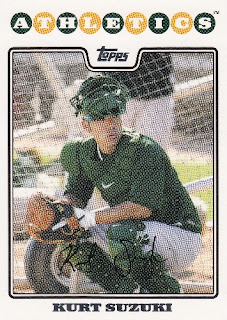 2008 was the year I dove head first back into the hobby and discovered Topps used the same design for its baseball, football, and basketball card products.  For some reason, I though this was the coolest thing and this design will always be a reminder of that fact.

But that's not why it's in my Top 10 list.  See those colored balls with the team name inside of it?  That single feature makes this set amazing. 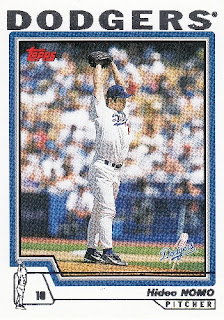 The 2004 design borrows the player icon from the 1976 set... but upgraded it.  This time Topps substituted the generic fielding icons with ones that actually match the player's photo.  The team colored borders and franchise logo are nice finishing touches to my 8th favorite design. 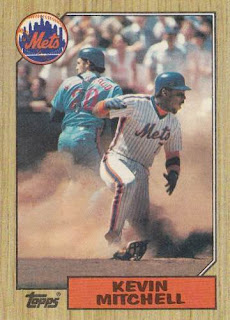 If you asked me about this set ten years ago, I would have told you it was average at best.  Heck... back in 2013, I ranked it as one of the decade's worst in terms of Topps designs.

Talk about a comeback.  A lot of my disdain for this design had to do with the sheer number of packs I busted of this product and the fact that it reminds me of the Junk Wax Era.  However... these days I appreciate the way Topps combined wood grain borders, team colored themes, and team logos to make a great looking design.

Well... there you have it.  Stay tuned for the final countdown.  I've made it pretty clear that there's plenty of moving around within the Tier Three and Tier Two groups.  However... my Top Six sets are set in stone.  I'll reveal my picks sometime next week.

In the meantime, feel free to discuss your favorite Topps baseball base card designs... as well as comment on my selections.

The 1976 Set is really growing on me. I'm thinking strongly about trying to build a good quality/condition raw card set of it. I haven't gotten past the "thinking" stage, but it's an idea that seems like it is calling me. Glad to see it in your top 10.

Just taking these four as a group, I think I would've rated them exactly the opposite of you. I can accept 1976 being outside the "Set-in-stone Six", but it needs to be *just* outside.

tony - it's a really affordable set. best of luck if you decide to build that set.

shlabotnik - can't argue with ya. it's been in the #7 spot before.

1987 Topps, Donruss and Fleer baseball will always be my favorite. Every time I see them it reminds me of the good old days of collecting for me.

brady - for years the wood grain haunted me as well... but it has slowly grown on me... to the point that it's ranked #7 on my list. if it makes you feel better... i'm pretty sure it won't crack my top 6

r laughton - me too. 1987 was the year i went from small time collector into wanna be big time investor. i broke a lot of 1987 product.