Ten years ago, I made the decision to start collecting sports cards after spending seven years away from the hobby.

Since then... a lot has changed.

When I first returned to the hobby, I was trying to make up for lost time by buying and busting entire cases of cards.  I became a member on several card collecting forums and was actively trading and trying to build up positive feedback ratings.  And I made a conscious effort to narrow down my collecting focus to prevent myself from trying to buy everything and eventually going insane.

These days, I rarely buy boxes, let alone cases.  I haven't traded on forums in years.  And sadly... I'm still trying to figure out which direction I want my collection to go.

The past year or so, I've been on this graded card kick.  Now before I receive a bunch of hate comments... let me say that I completely understand collectors and their love for raw cards.  There's just something special about being able to hold and even smell our treasured pieces of cardboard.  99.99% of my collection is ungraded and that's not going to change anytime soon.

With that being said... there a part of me that enjoys seeing some of my favorite cards encapsulated in these homogenous cases and about a year ago, I created a list and have slowly been picking off singles one by one.

Here are five of my most recent purchases: 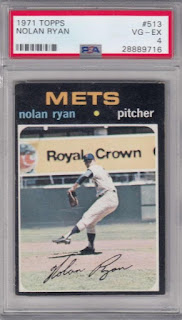 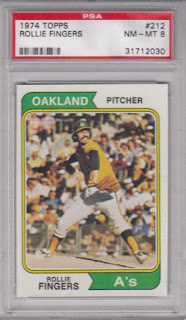 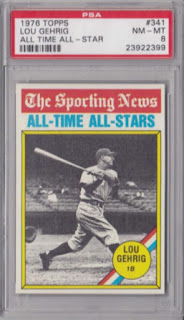 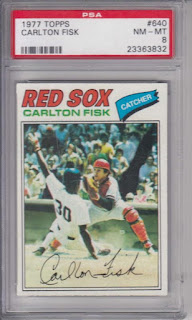 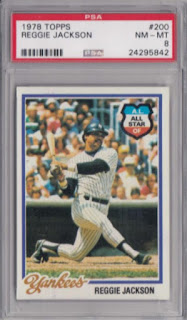 You may have noticed a pattern among all of these cards.  They're all vintage cards... and they all feature beautifully cropped action shots.  You'll also notice that I typically strive to target PSA 8 copies for all of my 1970's cards.  However the 1971 Topps Nolan Ryan typically sells for $400+ in auctions and that doesn't really fit into my hobby budget.

Even though it was cheaper, I still had to dig deep into the pockets to pay for this PSA 4 copy.  It set me back $28.50 (+ $3.50 shipping), which is by far the most I've spent on my Classic Cards PC.  Normally, I try to keep my purchases for this collection at under the price of a blaster.  None of the other cards featured above cost me over $16.

Here's another graded card I purchased for my Classic Card PC: 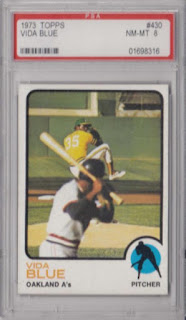 I didn't include it above, because half of the batter's body has been cropped off.  However... I knew I wanted to add this beautiful card to the collection as soon as I saw it featured on one of Night Owl's The Greatest 100 Cards Of The '70s posts back in October.  In fact, I used his series to target several cards in this collection.

Last, but not least... I have this Rickey Henderson third year card: 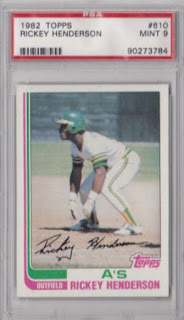 So far this is the only 80's card I've added to this collection.  I absolutely love the photo Topps decided to use for this card.  It's perfectly cropped and features The Man of Steal on the base paths... which is the domain he's known for.

I'm sure I'll be added a few more 80's cards to this collection and when I do... I'll shooting for a PSA 9 grade to keep things consistent.

Although I haven't done it yet... the goal is to one day display these cards in my office.  I haven't nailed down the specifics, but when I do... you all will be one of the first to know.  Hopefully it won't take me ten years to figure things out, because a lot of things can change between now and 2028.

Who knows... maybe I'll end up trading in my baseball cards for cats and guinea pigs.


What are your thoughts on graded cards?

What are some of the changes you've made to your collection or the way you collect over the past decade or so?