A few Saturdays ago... I woke up at around 5:30am and debated on whether or not to sleep in or get up and head out to the monthly Branham High School Flea Market.  It was rounding out my first week back in the classroom and part of me could have really used the extra rest.  On the other hand... I need the exercise and I was curious if more vendors came out.
Back in July there were three vendors with sports cards.  This month, I only found two.  But one of them was a new guy who was blowing out his collection.  Unfortunately, he was also one of those guys who tells you to build a stack and he'll hook you up with a deal.
After about five minutes, I pulled out a small stack (around 10 cards) and asked him for a price.  He wasn't joking.  He was in full clearance mode.  I ended up hanging out at his table for a little over an hour scouring through his six or seven 5,000ct. boxes.
Purchase #1:  Sports Cards  $22 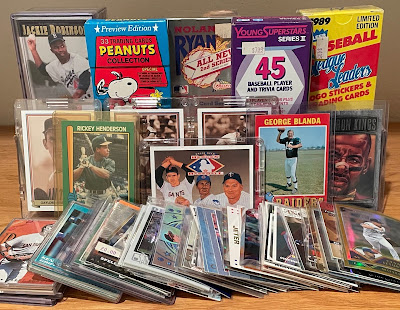 What you see above is actually three purchases rolled into one.  I tossed my stuff into a box and the three stacks of singles became one.  The sets in the top row were a buck each... and the two rows of singles below were $17.
There were five cards (autographs & memorabilia cards) that were a buck a piece, so the bulk of those bottom two rows only cost me $12... or about a dime each.
In an effort to save time and energy... I'll highlight the three card purchases with five of the more interesting cards I found in his boxes... 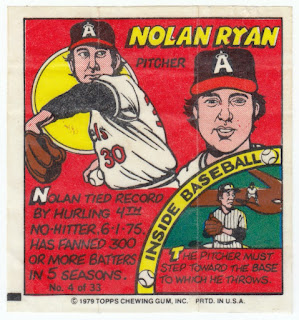 1979 Topps Comics #4
This is one of my favorite oddball issues from the 70's.  I already have a complete set that I have highlighted before, but it's nice to add this to my Nolan Ryan collection.

2005 Topps Retired Signature Gold #90
I don't like the New York Yankees, but I like stumbling across cards of theirs I have never seen before.  Cashman actually has over thirty-five trading cards for Yankees fans to collect, but many are very low serial numbered. 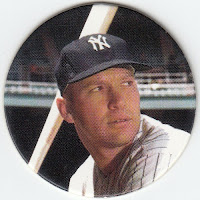 1994 Bay Area Thanksgiving Sports Collectors Convention Pog
Here's another Yankees item I've never seen before.  I'm guessing it was a freebie handed out to people who attended this show.  Remember when card show promoters would hand out promo bags to attendees?  I'm sure it happened this year at The National, but I haven't received one at any of the shows I've attended in decades.

1998 Denny's Harlem Globetrotters #20
It's not a New York Yankees card, but it's definitely new to me.  Anyone remember Denny's handing out Harlem Globetrotters trading cards back in 1998?  I tried to find a complete set of these, but only found two other singles out there online.  I want more of these lenticular oddballs.

1990 Topps Top Active Career Batting Leaders #21
This was by far the coolest needle I discovered in this guy's haystack.  This card is from a 22 card set that highlighted the twenty-two active players with the highest career averages going into the 1990 season.  Collectors could find one of these cards in specially marked blister packs of 1990 Topps found exclusively at K-Mart.
1990 might have been at the heart of the Junk Wax Era, but these singles are far from junk and this Rickey was the centerpiece of this $22 purchase.
Purchase #2:  A Wax Box of Olympic Pins  $5 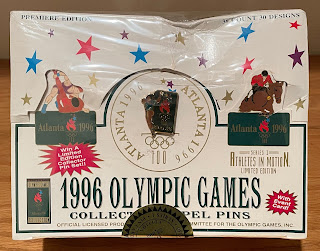 1996 Olympic Games Collectible Lapel Pins Unopened Box
The guy wasn't only clearing out singles and sets.  He also had a bunch of boxes.  One of my friends purchased all of the unopened baseball boxes, but left behind this Olympic box.
I don't usually go out of my way to collect pins, but I enjoy opening packs of almost anything collectible.  And these pins come with "event cards".  Not sure what that means, but for five bucks I couldn't pass it up.
As a bonus he tossed in this set of 2008 Olympics pins: 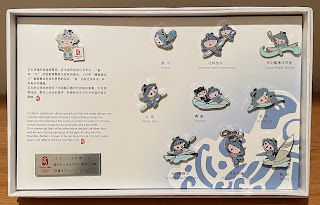 I'll probably just flip this the next time I set up at a flea market to recover some of my cost for the unopened box.
Purchase #3:  45 RPM Record  $1 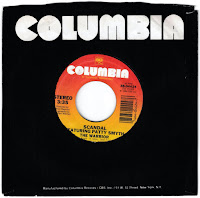 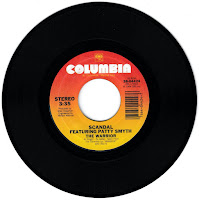 1984 The Warrior by Scandal
In addition to looking for cards, I'm always looking for new records for my collection.  This flea market is an LP hotspot, but most of the dealers are collectors themselves so their stuff is pricey.  That weekend there was a family who had a box of 45's for a buck each.  This was the only one that really called out to me.
I've always enjoyed the music of powerful women like Pat Benatar, Debbie Harry, Joan Jett, and Patty Smyth.  Benatar is my favorite of the bunch... but this song by Smyth and Scandal was my jam back in the day.
Purchase #4:  The RMS Titanic  $5 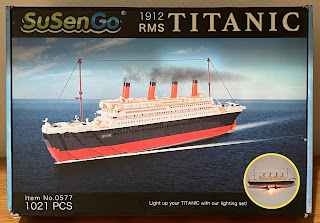 Before taking off... I stopped by the gentleman with the cheap sets and singles.  He had a ton of toys, puzzles, and other collectibles he was trying to dump and I overheard him sell some Star Wars toys ridiculously cheap.  I decided to ask about this Lego knockoff RMS Titanic.  In the building block world, $5 is too good of a deal to pass up.
I will always be a bargain hunter, but believe it or not I've cut back on purchasing random good deals.  Five years ago, I know I would have walked away spending way more money with him.  In fact, I didn't even inquire about any other items.  I just took the Titanic and walked straight to my car and left.
Well that wraps up another flea market recap.  Sorry it took me so long to publish this post.  Life is full of distractions.  The good news is the next Branham Flea Market is coming up in a few days.  Hopefully I'll find more goodies to purchase.
Here are today's questions of the day...
Anyone familiar with the Denny's Harlem Globetrotters cards?
Did they pass out promo bags at The National this year?  If so, what cool stuff did you get?
Are you a fan of Pat Benatar, Debbie Harry, Joan Jett, and Patty Smyth's music?  Who's your favorite?
Happy Tuesday and sayonara!
Posted by Fuji at 3:00 PM