The Best for Last

When it comes to collecting cards, there are few things that rival 70's and 80's Kellogg's lenticular baseball cards.  My earliest memory of them was in the early 80's when my buddy sent away for a complete 1982 or 1983 set.  Compared to your standard Topps, Fleer, or Donruss card... they were in a league of their own.

The past ten years, I've made it a mission to collect each of the 80's sets.  I'm still looking for the 1981 set, but I've managed to pick up the other three.

When it comes to the 70's sets, I've made the executive decision to hold off on trying to grab these since they're scarcer and pricier.

That all changed three Saturdays ago at the Serramonte Mall Sports Card, Toys, and Collectibles Show.

Remember the guy who sold me the 1977 Topps baseball and the 1964 Topps Giants sets a while back?  Well he was back and this time he had more affordable vintage goodies.

On Tuesday, I showed off my 1968 Topps Poster football set and a partial 1971 Topps Pinups set that I bought from the gentleman.


Well... I've saved the best for last.  Today's post highlights three new Kellogg's sets for my collection.  They weren't the best deal I've ever found at a card show, but they're arguably one of the coolest baseball card purchases I've made.

Wait.  Before I show off the cards, I want to establish that I paid $140 for all three sets as a package deal.  He was asking a lot more for each of these sets individually. 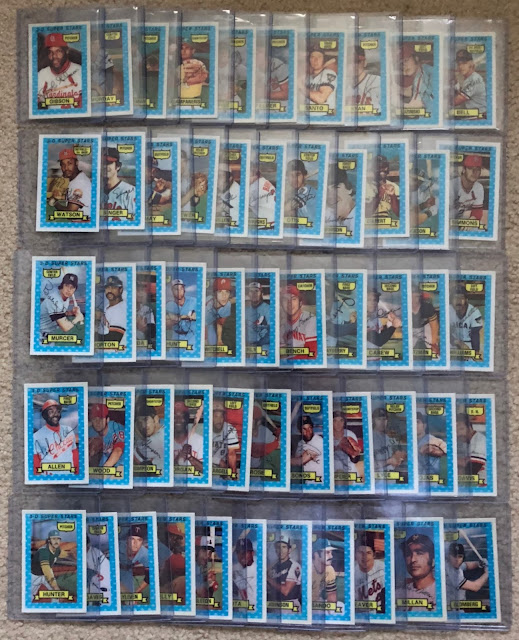 Out of the sets, this is the one in the poorest condition.  About 40% of the set has some form of cracking.  The card with the honor of having the most damage happens to be the most valuable card, which kind of sucks: 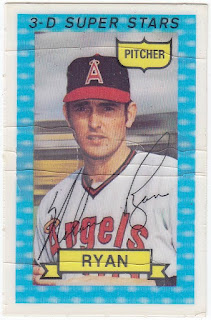 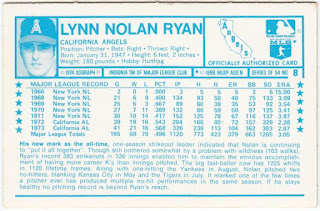 The good news is there are only a few in this poor of condition and there are plenty of cards that are in really nice condition like this Johnny Bench: 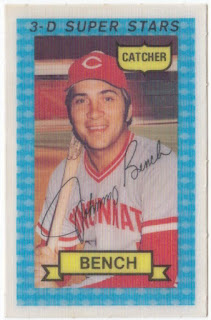 I'm debating on whether or not to replace the cracked cards.  If I do attempt this, it'll be a long term project where I pick up singles here and there when good deals present themselves. 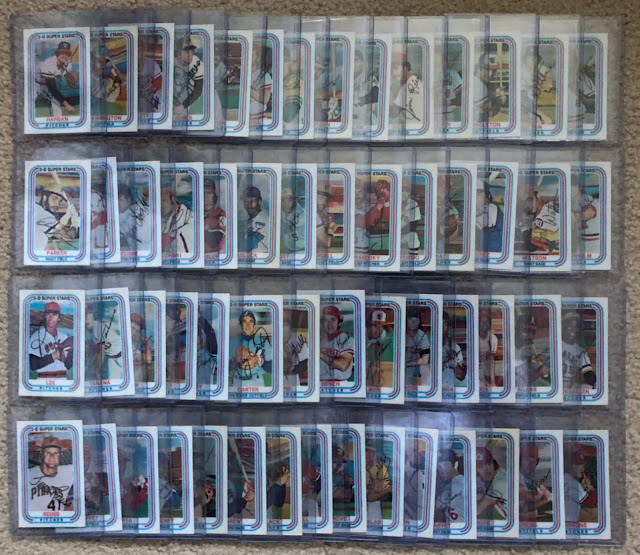 This set is beautiful!  Usually I'd use this adjective to describe a card's design.  Today I'm talking about the set's condition. 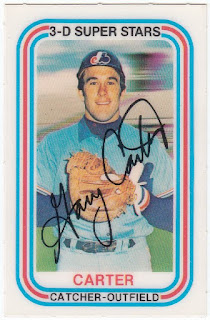 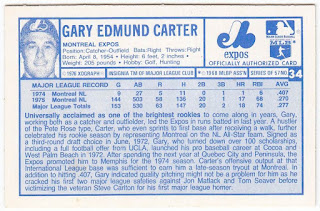 These look like they're fresh out of a box of cereal.  No cracks, no browning, and no missing cards. 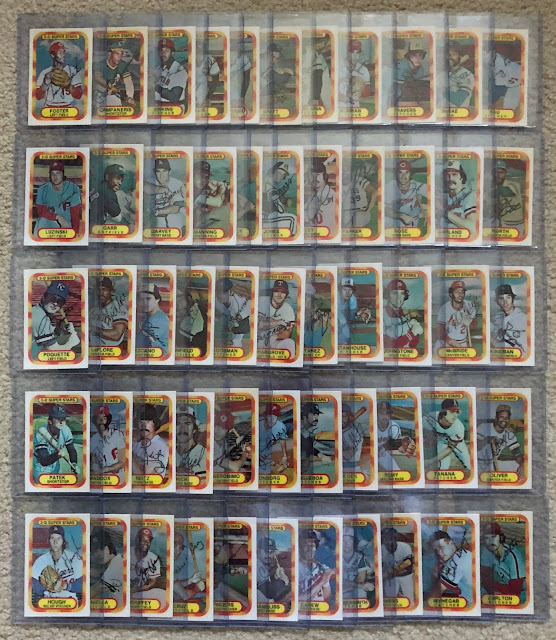 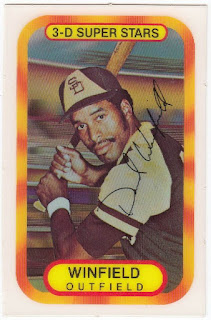 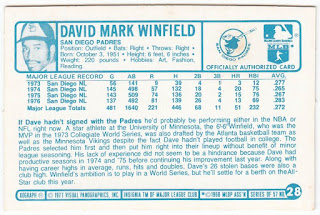 Besides that... this set is in excellent condition too.  I might be mistaken, but I didn't see any cards with cracks or discoloration, which kinda stinks because I'm gonna need to pay a little bit more to find clean copies of The Walrus and The Bird.  Don't worry.  I'm not complaining.  It's a small price to pay to have a mint condition set of 1977 Kellogg's.

Well that just about wraps up my card show purchases.

I did grab a few items I didn't mention since they're cards for some people I owe.  Plus I just requested my shipment from COMC, so I should have everything I need for my care and contest prize packages within the next few weeks.  I'm hoping to ship things out the first week of August.

How do you store your Kellogg's cards?

I'm a little concerned about the long-term storage of these cards.  As you can see from the photographs, these sets came in penny sleeves with top loaders.  I was thinking of moving them into semi-rigid holders to conserve space.

Well that's it for today.  Happy Thursday and sayonara!
Posted by Fuji at 3:00 PM