My Parents and Bart Starr

You won't see very many midweek football posts on my blog during the regular NFL season.  You'll see even fewer during the off-season.  However when I heard the news of Bart Starr passing away on Sunday, I knew I couldn't wait until the weekend to publish a post.

Starr holds a special place within my collection.  It's not because he was my favorite player growing up.  He actually threw his final NFL pass nine months before I was born.  It's because he was my mom and dad's favorite player before Joe Montana came along.  My parents met and married in Wisconsin and the Packers were their favorite team until they came to California.  They even cheered for Starr and the Packers at the LA Memorial Coliseum when they played the Kansas City Chiefs in Super Bowl I.

So when I think of sports and my parents, Starr will always be one of the first people who comes to mind.  Over the years, I've put together a small collection of his cards.  In honor of #15, here it is: 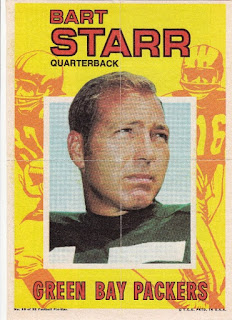 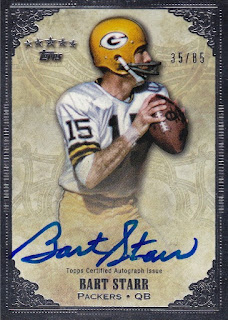 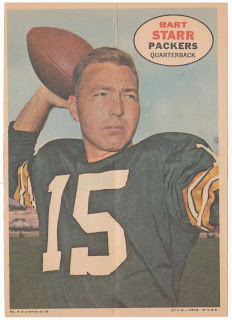 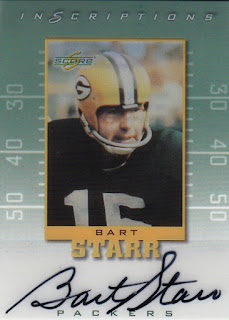 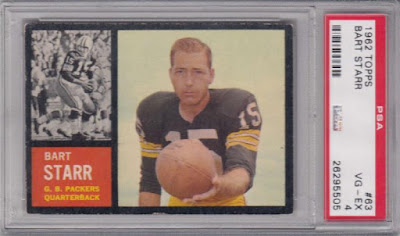 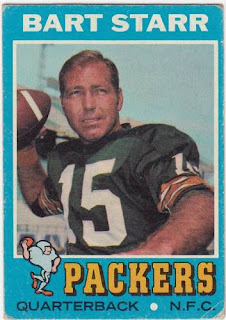 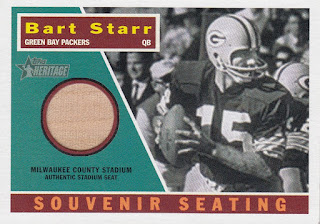 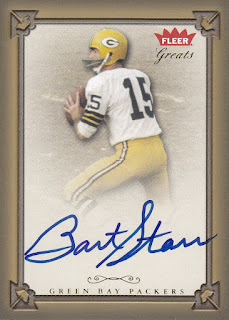 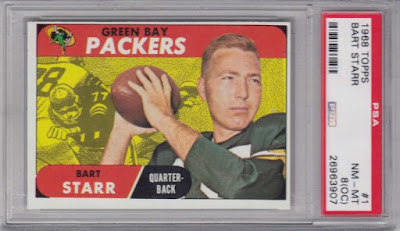 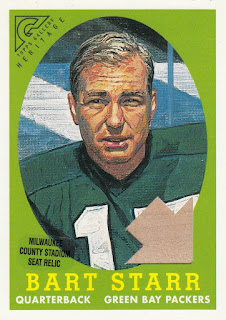 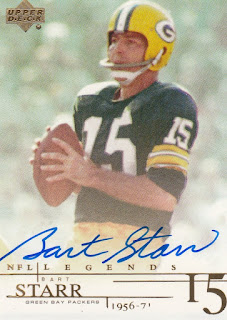 And rounding out my Bart Star PC is my signed mini helmet: 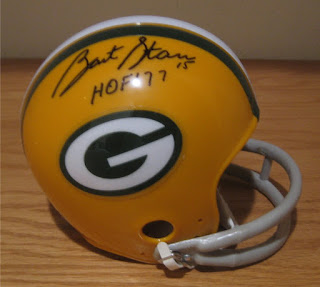 Rest in peace, Mr. Starr.  Thank you for all of the great memories you provided for my parents and Green Bay Packers fans out there.  Your legacy will not be forgotten.