Life has a way of getting in the way of my flea market visits.  But hopefully I've turned the page and the next six months will be filled with at least one or two trips to the flea market each month.

On Saturday the weather was beautiful here in the Bay Area, so I set my alarm, woke up, and walked around the De Anza Flea Market.  There weren't as many vendors as I had expected, but there were a few vendors with trading cards. 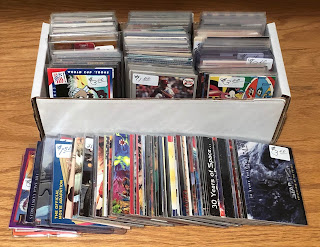 Last September, I purchase a collection of cards from a couple who were trying to dump their entire trading card inventory after being in business for over two decades.  They were here again with only a fraction of the stuff I saw before and they were motivated to sell.

He had four 3,200ct. boxes sitting on the 75% off table.  Inside one of them was a row dedicated to promo cards and samples.

I've been a huge fan of promo cards since the 90's when they were included inside of magazines and card shops would hand them out to their customers.  There were some pretty cool cards in the box, so I asked the guy if he'd give me a deal on the entire row.  $20 later and the row of promos were mine.

There were over 250 different promo cards and you know that scanning cards isn't my favorite part of blogging, so here are a few that stood out to me:

On Monday, Zippy served you up some faux wood.  Here's a faux diamond for you.

It's a good day anytime I can add a new Gwynn card... I mean decal... to my collection.

I could spend another few hours scanning and cropping cards, but I won't.  Instead, I'll wrap up this purchase with a non-promo card that somehow made it into the row:

Never heard of Anne Smith, but according to the back of the card... she took home a few titles back in the early 80's.  There's no telling whether or not this signature is real, but I can't imagine anyone going out of their way to forge her signature. 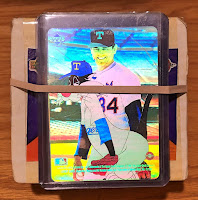 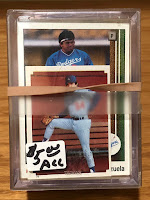 I also grabbed these two items off of the couple's dollar table.  On the left is a 1991 Upper Deck Comic Ball 2 set with holograms.  Once upon a time, I was trying to collect all four series and their holograms.  If that ever happens, I'm 1/4th of the way there.

The 100ct. box on the right is filled with Fernando Valenzuela cards.  I pulled these for my player insert, oddballs, and parallels binder: 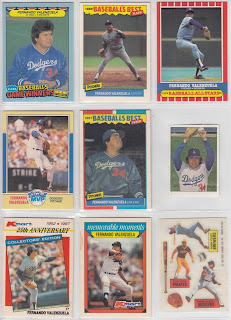 The rest will be heading out to the various Dodger bloggers out there. 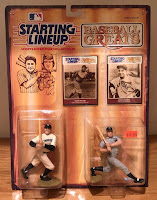 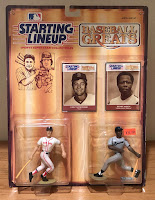 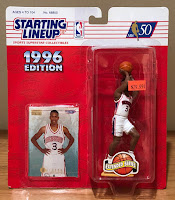 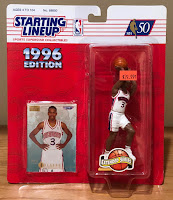 I've professed my love for Kenner Starting Lineups on multiple occasions.  I've also explained to my readers why I don't buy them anymore.  Simply put... they take up too much space.

When I saw these, I came close to walking away... but I just couldn't pass up this deal.  To put things in perspective... I picked up the same Iverson figure back in January and paid $2 more than the price of these four figures combined. 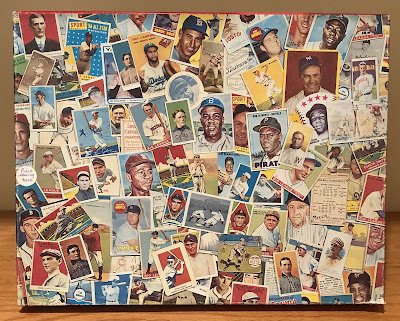 This might just be the coolest puzzle I've ever seen.  It's pure awesomeness!  The only problem is that it's missing one piece.  That's okay.  I'm not sure if I'll ever put this puzzle together anyways.  I am thinking about framing the cover of the box and hanging it up somewhere.

Well that's all folks.  Nothing too epic, but this is only my second trip to the flea market in 2019.  There's still plenty of time over the next few months to find some really cool items for the collection.