Spring signals the arrival of a new baseball season, which also means new baseball card products for us to collect.  Some people can't wait to get their hands on Series One Topps, while others are jazzed about Heritage.

Archives and Stadium Club are the two products I look forward to the most year in and year out.

Obviously... I look forward to checking out the stellar photography in Stadium Club.  As for Archives, I normally focus most of my attention on their Fan Favorites Autographs. 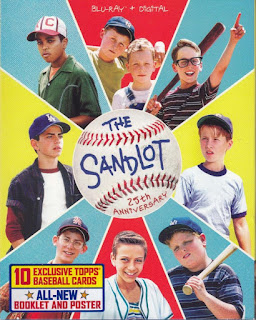 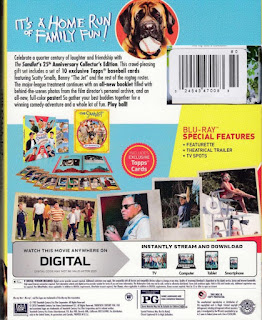 However this year, I'll also be chasing down any of The Sandlot inserts I can get my hands on.  Archives is set to be released sometime in August, so in the meantime I figured I'd show off the special 10 card set I received with my 25th Anniversary Blu-ray.

Inside each specially marked Blu-ray package is this cello pack of cards: 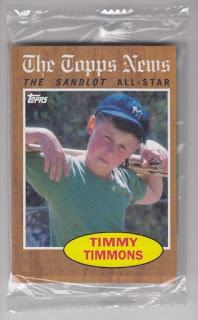 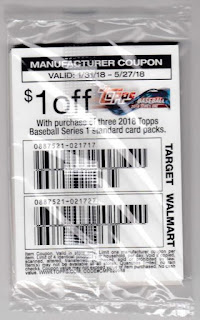 The set uses the 1962 Topps All-Stars subset design, which is pretty cool because the movie took place back in the summer of 1962.

Here's a closer look at the Timmy Timmons card: 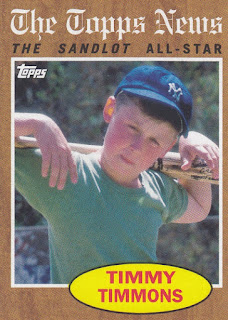 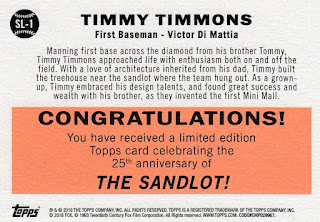 On the back of each card, there's a brief writeup on each of the movie characters along with a HUGE CONGRATULATIONS for receiving a limited edition Topps card that probably isn't that limited.

Here's a look at the other nine cards in the set: 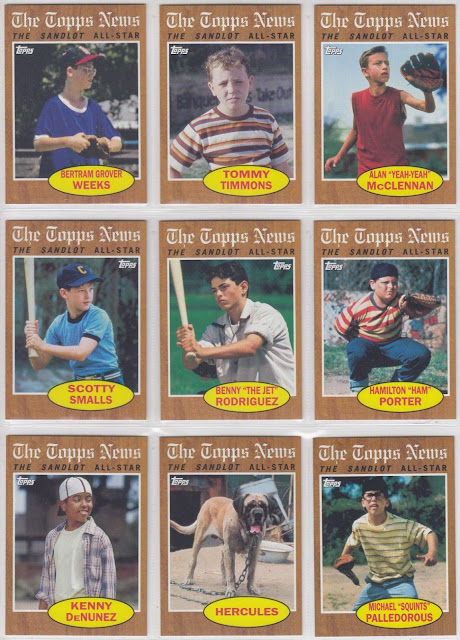 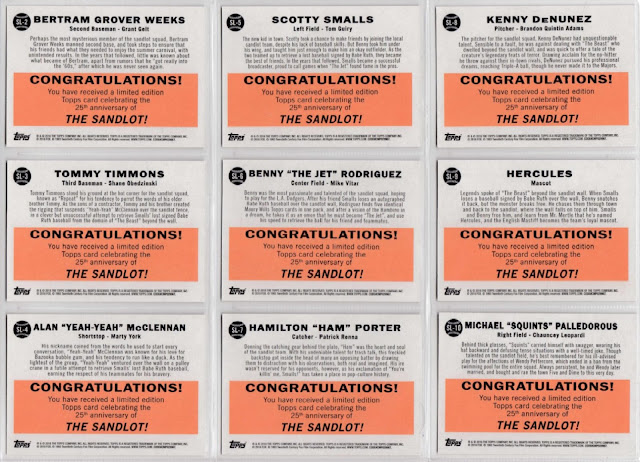 The specially marked Blu-ray also came with a few other bonuses: 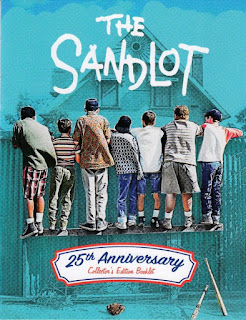 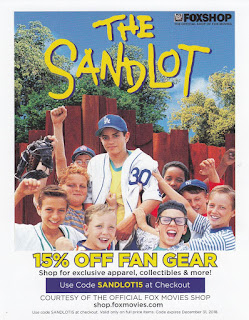 And this pretty cool poster: 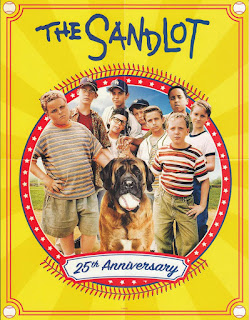 There's also a code for a digital copy of the movie.


If you're interested in picking up a copy, I'd say be patient.  They're currently selling for $20 to $30 shipped on eBay.  People have even sold their sealed packs for over $20.  I'd recommend holding off and waiting for Amazon to restock their inventory.  I picked up my Blu-ray for $12.99 (+ $1.20 tax) a few weeks ago.

Plus I'm sure prices will drop as soon as 2018 Archives is released and The Sandlot cards begin flooding our hobby. 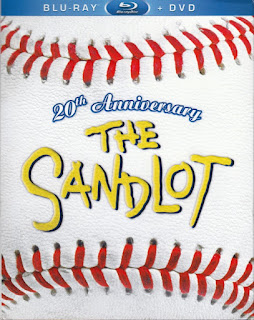 Worst case scenario is they continue to sell in the $20 to $30 range.  If that happens, it's still not the end of the world, because Fox seems to release a special anniversary edition of the movie every five years.  And they always seem to come with a special set of cards: 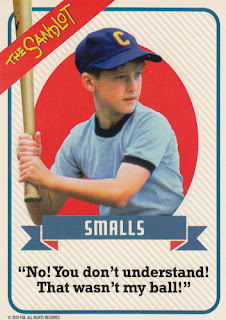 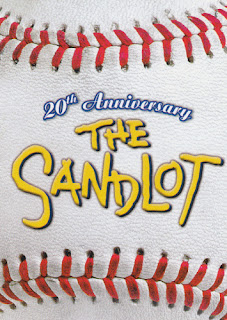 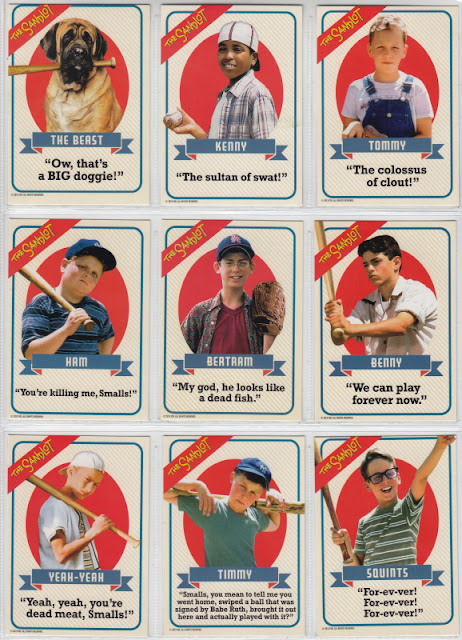 Well that's it for today.  Until my next post...

Which baseball card product do you look forward to the most each year?