There are three different flea markets in my area and over the past four weeks, I've forced myself to walk around all of them.  I realize that the days of finding a Pete Maravich rookie card or a Willie Mays autographed baseball for less than the price of a blaster are long gone.

But I'd be lying if I told you I only go there for the exercise.  Deep down inside, I'm hoping that I'll find guys with bargain sports memorabilia.

And the one thing I've learned is that when it comes to flea markets in my neck of the woods... bigger isn't necessarily better.

Two weekends ago, I walked around the Branham High School Flea Market which is much smaller than the other two flea markets and I was pleasantly surprised (and happy) to come home with a backpack full of goodies. 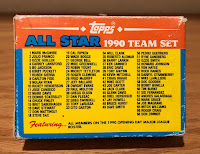 The second vendor in the first row is a regular that I've purchased cards from on multiple occasions.  He never really has any high end stuff, but he's the king of oddball issues.

Back in 1990, this set (along with five team specific sets) were available to collectors through a television offer.  I'm not sure exactly when I first heard about these sets, but I've wanted the Tony Gwynn and Rickey Henderson for awhile now. 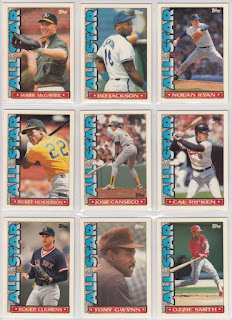 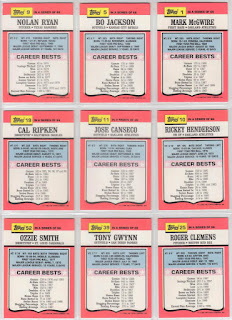 By the way... the set is in pretty rough condition, but I just couldn't pass it up for a buck. 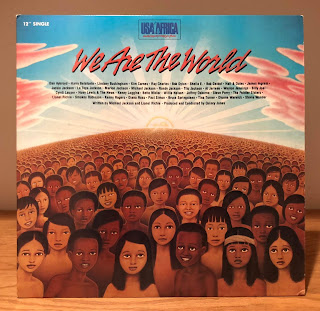 The first three purchases came from the same vendor, but I separated them since I reached into my pocket three different times. 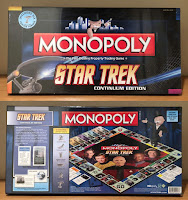 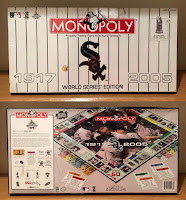 This is exactly the kind of purchase I try to avoid, because I just don't have the room to store this kind of stuff.

However the price was too low to pass up.  If I ever decide to start flipping my flea market finds, these two board games should net a decent profit. 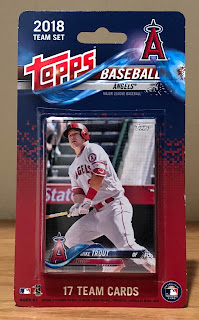 A few rows over, my buddies were set up with their usual assortment of "stuff I don't need".  Tony was the guy who sold me the 2017 Topps Yankees team set earlier in the month.  This time around he had the 2018 Los Angeles Angels team set with the Shohei Ohtani: 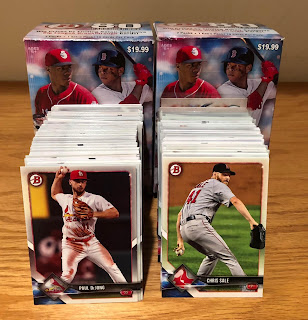 Bowman has been out for over a month and I've yet to see one blaster of this product at my local Targets.  I know I overpaid for these two stacks of Bowman, but maybe... just maybe one of the rookies will one day help cover the cost. 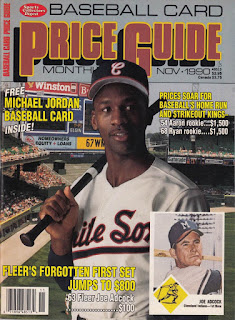 There were actually three or four other vendors with trading cards set up at this tiny high school flea market.  The last guy I stumbled upon had a bunch of older Sports Illustrated issues and Becketts.  He also had a dollar box.  That's where I found this magazine.

I grabbed it, because it has a cool cover and contains this interesting Michael Jordan oddball issue:

Looking at older card values is one of the main reasons I enjoy picking up these old school price guides.  Hard to imagine a time when mint Jordan rookie cards were less than $300.

Well that's all I have for today.  In addition to walking around the much larger Capitol Flea Market this past weekend, I was also able to finish sorting that collection I purchased.

As soon as I take some photos and scan some singles, I'll show off that purchase.  Like I mentioned previously... it wasn't exactly my finest purchase.  But there were a few cool cards hidden within those 5,000ct. boxes, so stay tuned.

By the way... on Thursday, I'll be posting my final All-Autograph Team, which also means that I'll be wrapping up my contest probably this weekend.