The Athletics played their first game in Oakland back on April 17th, 1968, which means they're celebrating their 50th Anniversary this year.

I've been an avid A's fan for over forty of those years.  To celebrate, I'm going to continue my series of All Autograph Teams and showcase some of the biggest names to play in the East Bay.

But before I do... it's important to lay down this post's ground rules:

As with other autographs featured in this series, I promise to not use any specific autographed card on more than one team.

I'm going to keep my commentary to a minimum in order to save both of us time, since the last three volumes were extremely longwinded.  Okay, let's get this started... 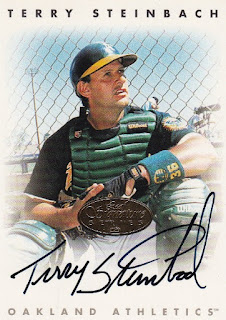 My biggest dilemma while writing this post was figuring out if I wanted to go with my favorite players or the best players.  In the end... I decided to go with the latter, since I've featured my favorites in the first volume. 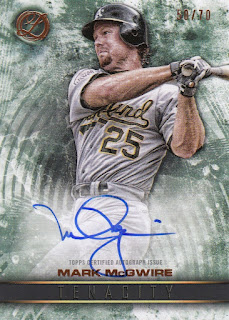 I'm sure there are people who will argue that Jason Giambi should be in this spot and statistically... it's debatable.  Ultimately, I felt that Big Mac had an overall bigger impact on Oakland A's baseball when you factor in popularity and three trips to the World Series. 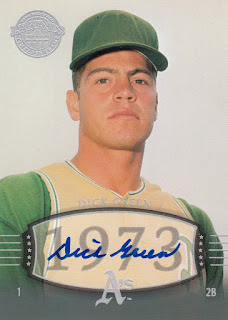 If this team has a weak link, it's gonna be at second base.  Eric Sogard was originally slated to be here, but when I made the executive decision to show off my All Autograph Hockey Team early, it allowed me to run out and grab this Dick Green signature.

Green might not be a hall of famer, but he was the starting A's second baseman for eight seasons and won two World Series rings with them in 1973 and 1974. 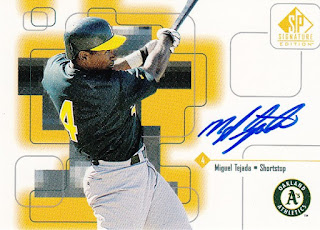 Don't worry.  Campy makes an appearance somewhere on this roster. 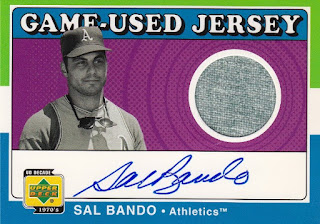 Hank Bauer named Sal Bando the A's captain back in 1969.  He helped lead the Oakland Athletics to three World Series titles and a dynasty that's still relished by fans. 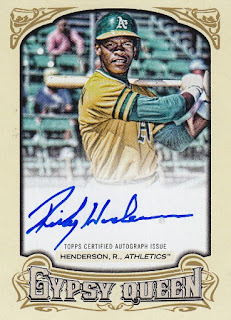 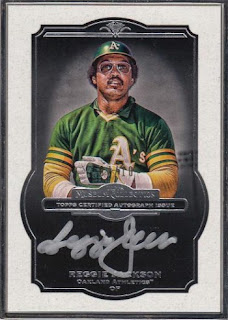 Did you know that Reggie was the Oakland A's starting center fielder back in 1972?  Me either.  But he was. 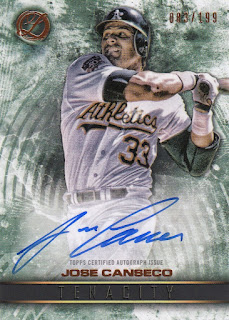 Okay... I realize that Reggie should be in this spot.  Unfortunately, Canseco only played in center field once in his entire career. 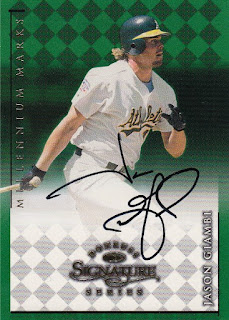 Hopefully this makes up for starting McGwire at first base. 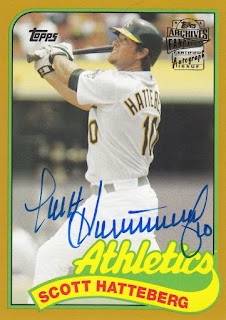 If you're an A's fan, you know why he's my pinch hitter. 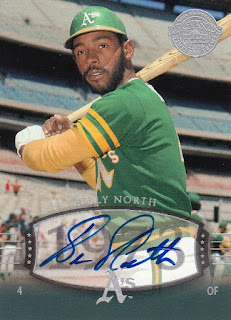 Maybe one day Topps will add Herb Washington to their Archives Fan Favorites autograph checklist.  Until then... Billy North will pinch run for me. 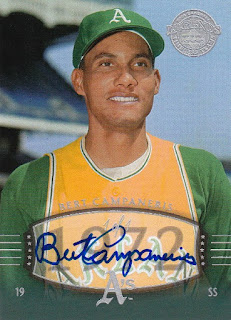 I can't think of a better utility player than the first guy in MLB history to play all nine positions in a single game. 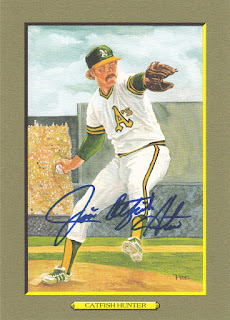 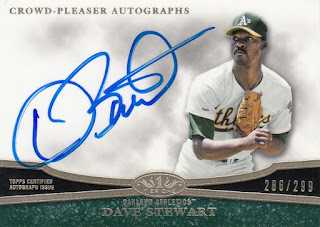 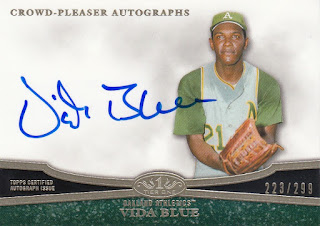 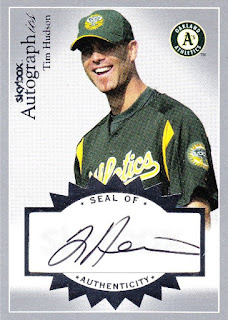 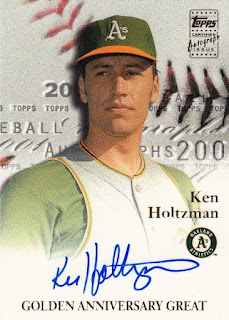 Other than Catfish, the starting rotation is filled with Hall of Very Good candidates.  But all five starters have World Series experience and will be supported by two pitchers enshrined at Cooperstown. 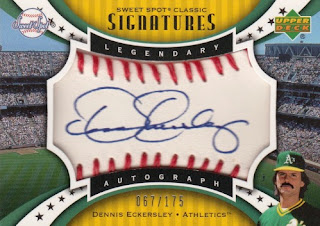 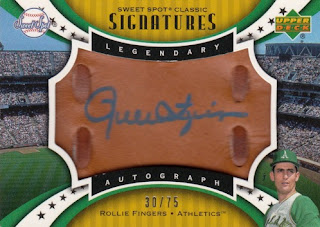 I'd say this A's lineup has two strengths.  Power hitting is one of them.  The bullpen is the other. 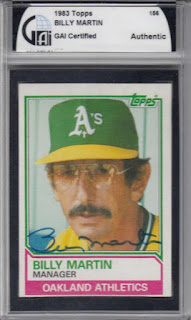 And rounding out my 50th Anniversary Oakland Athletics All Autograph Team is my favorite manager of all-time.

I still have at least one more All Autograph Team to write about.  In the meantime... here is today's contest question of the day:

Who is your favorite Oakland Athletic?

I've written about mine a few times... but I'll write it again:  Rickey Henderson.