I've been really on this "create a team" kick that Kenny started about a month ago.  I've already built five autograph teams... and I'll have at least one more volume within a week or two. 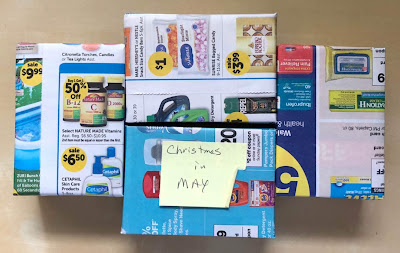 Until then, here's another team I built.  Except this time I'll be using cards from Johnny's Christmas in May care package instead of autographs. 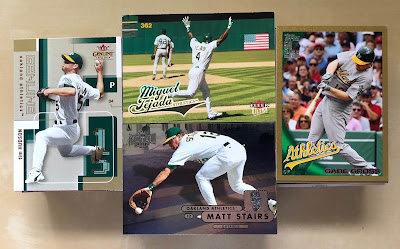 As you can see from this photo, he sent four generous blocks of cards.  I didn't actually take the time to count them, but I'm guessing there was about 250 to 350 cards in all.  There was a great mixture of 80's, 90's, 00's, and even some cards from the past few years.

I carefully sifted through the four bricks and designed a solid lineup that is filled with some pretty big names in Oakland Athletics history.  So without further adieu... I give you the Christmas in July Athletics: 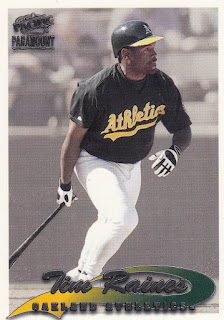 Growing up watching Rickey Henderson... it's sometimes easy to forget that Tim Raines was the second greatest leadoff hitter of his era. 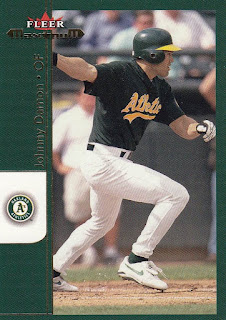 I'm not the biggest Damon fan... but I do remember his ability to steal bases and drive in runs.  He'd do fine in the two-hole. 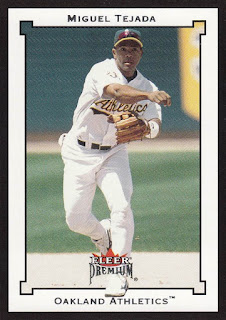 Tejada was part of the Oakland Athletics Moneyball era... and boy could he hit with the best of them. He'll do fine hitting third in the lineup. 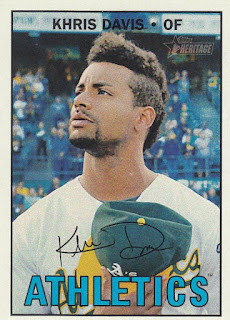 When you have the nickname Khrush, you bat fourth. 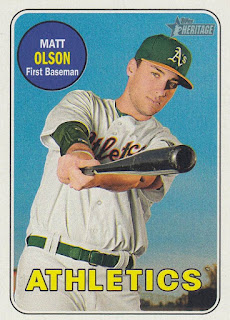 Olson has batted behind Davis most of this season.  He'll continue in my lineup as well. 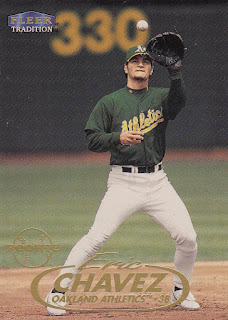 Chavez is mostly known for his five Gold Glove Awards, but he wasn't exactly a slouch at the plate.  The guy is one of the best players in MLB history to never make an all-star roster. 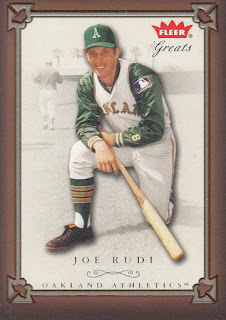 Rudi made this roster mostly for his defensive skillset.  He spent most of his time in left field for the Athletics.  But with Raines on the same lineup card, he'll need to patrol right field today. 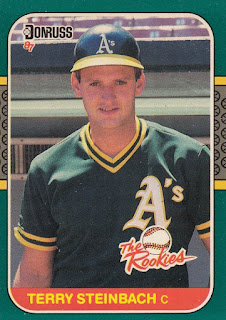 Even though Steinback played with guys like McGwire, Canseco, and Henderson... he was definitely a fan favorite in the East Bay.  He played eleven seasons for the Athletics and made the all-star team three times. 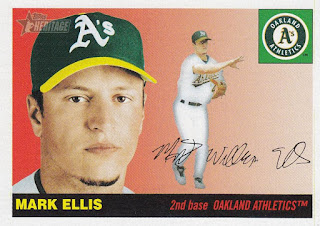 Mark Ellis led the American League in fielding percentage at second base twice and is ranks 6th all-time, yet he never won a Gold Glove Award.  He might not do a lot of damage at the plate, but he'll make up for it defensively for sure. 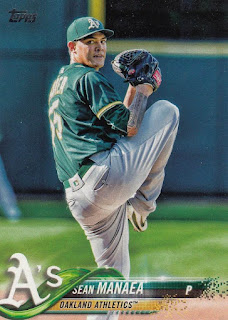 We're approaching the one month anniversary of Manaea's no-hitter.  To honor that historical event, he'll get the starting nod over guys like Tim Hudson, Dave Stewart, Bob Welch, Barry Zito, and Mark Mulder.

But just in case he get's roughed up... like he did today... Eckersley will be waiting in the bullpen: 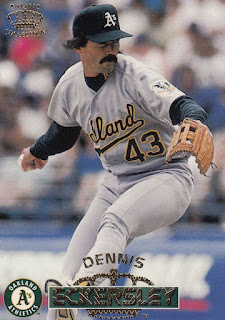 And managing the Christmas in July Athletics is... 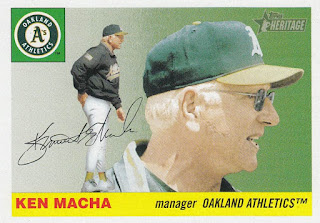 When you're name is mixed in among Connie Mack, Tony LaRussa, Bob Melvin, Billy Martin, and Dick Williams, it's easy to forget Ken Macha.  But did you know that he has the 3rd highest winning percentage in franchise history?  Pretty impressive.

Well that's it for today.  Thank you Johnny for all of those great Oakland Athletics for my collection! I loved the variety... and it was truly fun flipping through four decades worth of baseball cards.

I just purchased a small collection.  Any Atlanta Braves cards I find will be packaged and shipped off to you.

Happy Saturday and sayonara!
Posted by Fuji at 5:45 PM