It took over a week, but I can finally see the light at the end of the tunnel in regards to that huge collection I purchased off my friend.  Hopefully by tonight, I will have all twenty-something thousand trading cards sorted into four categories:  cards for my collection, cards for care packages, cards to be taken to my classroom (or donated to Goodwill), and cards to be dumped.

This morning I decided to take a break and open up a care package that Rod from Padrographs sent me last weekend.

He sent me an email a while back stating that some things came into the store where he worked that he though I'd be interested in.  He was 100% correct.

I'm a big fan of personalized trading cards.  Either he's playing off Mister Fantastic's real name... or he knows that I've been struggling to read everyone's blogs lately, because he took the time to remind me to "read" which is excellent advice.  This card will go right between my Junior Junkie and JBF rookie cards.

He also threw in this really cool oddball issue of Tony Clark:

I'm not 100% sure if this is my first DAV card... but I'm really happy to add it to my Padres PC.  I tried researching other Padres in this set, but could only find San Francisco Giants, St. Louis Cardinals, Milwaukee Brewers, and Tampa Bay Rays cards online.  Any idea how these were distributed?  And if cards were made for all MLB teams?

Rounding out the team bag were these six trading cards: 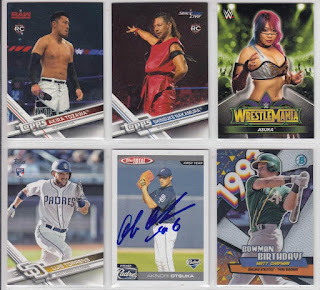 I don't watch WWE anymore... but Asuka might just be the reason I give it another shot.

Okay... it's time to get into the heart of Rod's care package and show off some of the most unique and oversized Japanese PC items I've seen.

Don't believe me... see for yourself: 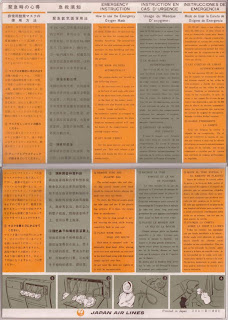 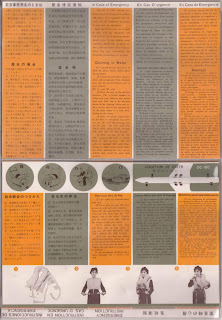 Yup.  That's a vintage Japan Airlines safety card.  I wasn't able to find a date, but it looks like something from the 70's.  I've flown a lot over the years and have never seen anything like it.  It's laminated in plastic and folds in half like a book.

There was also this JAL safety card as well:

Now this is what I'm more accustomed to.  Although I'm guessing it's at least two decades old, since it says you're allowed to smoke as much as you want except during take-offs and landings:

The third and final piece of JAL memorabilia was this traveler's handbook that included a foldout time table: 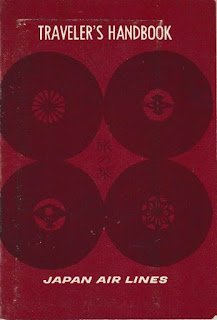 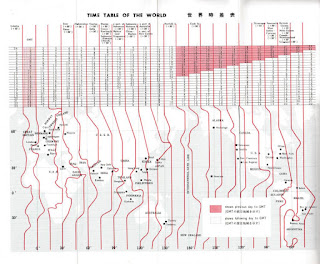 As with the two safety cards, I wasn't able to find a date.  However there was lot's of cool information included in this handbook like money conversion, national holidays, and weather information.

If you had asked me about collecting airline memorabilia a week ago, I probably would have said I wasn't interested.  However I'm seriously thinking about buying this JAL barf bag from the 80's that's on eBay to round out this really cool collection that Rod sent me. 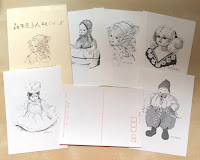 I've been going back and forth about starting a postcard collection.  I guess these are the sign I was looking for.

And last but certainly not least, Rod sent three me three complete magazines.  The first two are SI for Kids issues... which happens to currently be my second favorite magazine subscription next to Baseball Digest: 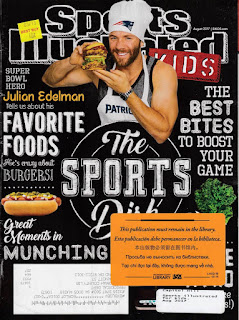 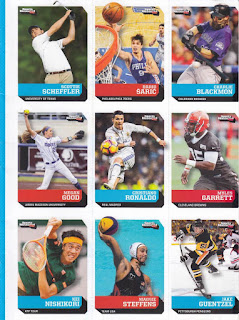 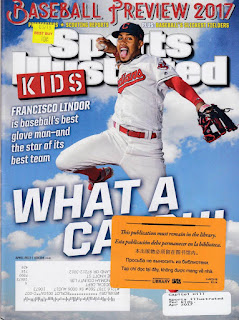 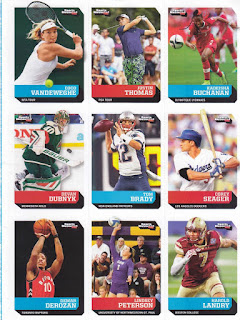 Both issues were complete with cards and posters.  I've already ripped out this Steph Curry which I'll hang up in my classroom on Tuesday: 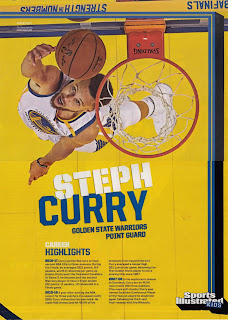 And the final item is this Japanese magazine from the 70's: 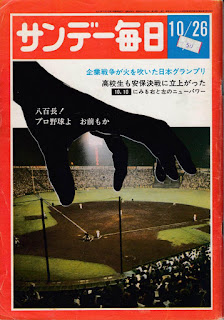 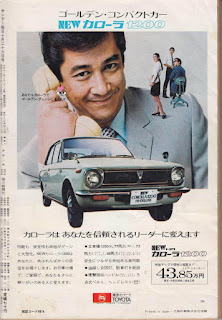 Unfortunately, I'm not able to read any of the text.  But I enjoyed looking at all of the advertisements and photographs. 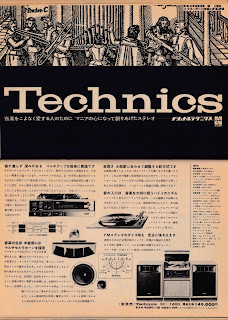 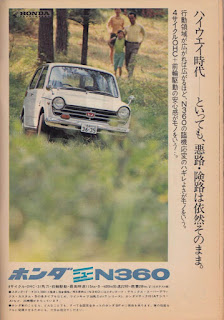 My two favorite advertisements were the Technics and Honda N360 full page ads.  Growing up... my family had a really nice Technics stereo system that I never really appreciated until I was a little older and my friends drooled over it.

As for articles, I was hoping to find a nice full page photo of Sadaharu Oh.  Instead, I found this: 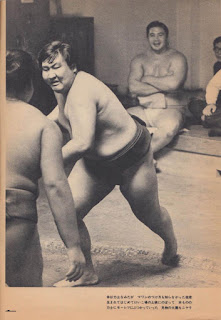 I'm not able to give you any information on this wrestler... but if you're lucky maybe SumoMenkoMan will help us out in the comment section below.

Well that's it for today.  I've got to get back to sorting that collection.  I'm tired of it taking up my entire office.

Thank you Rod for this very unique and generous care package!  It helped inspire me to start a JAL PC... as well as gave me a break from sorting cards.

I've picked up a few extra Padres autographs that I'll be sending your way this summer.  But in the meantime...

Happy Saturday and sayonara!
Posted by Fuji at 4:30 PM