For those of you who are not familiar with the blog... I'm a collector of just about anything sports related.  But for forty to fifty hours a week, collecting takes a back seat to teaching middle schoolers character building, life skills, goal setting, decision making skills, and a bunch of other things that adolescents can add to their personal toolbox.

Just before the school year started, I contacted all of the MLB teams about acquiring some fan packs for a team building unit I've been working on.  I haven't heard from most of them and a few of them told me that I'll need to ship a post card to a special address.

However... seven teams (so far) sent some sort of fan pack.  Tonight, I'd like to show off my five favorite items.

But before I get to that... a huge thank you to the Arizona Diamondbacks, Boston Red Sox, Chicago White Sox, Cincinnati Reds, Cleveland Indians, Detroit Tigers, and the Los Angeles Dodgers for taking the time to help me out.  Who knows... maybe a few of my students will start liking one of these teams... since most of the stuff will end up in their hands.

Okay... let's see some of the stuff they sent. 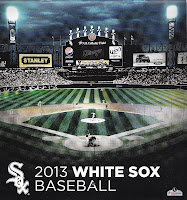 Now, I'm not talking about a cheap, flimsy pocket calendar.  This is a legit, high quality calendar that features some of their top stars:  Adam Dunn, Paul Konerko, Alexei Ramirez, Chris Sale, and Jake Peavy.

There are only three items I'm planning on keeping... and this is one of them.  I grew up watching Sparky coach the Detroit Tigers and this oversized card with quotes on the back is very, very cool. 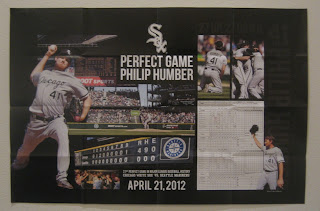 The White Sox might have one of the worst records in baseball, but they sure know how to thank their fans.  Like their calendars, it's high quality and it's huge!  Seriously... it's gotta be 30" x 45".  What's even cooler is that some of my students actually remember hearing about this game. 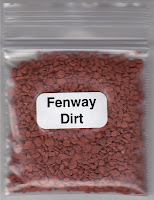 I've never been to Fenway.  Heck, I've never been east of Texas.  But I now own some dirt from Fenway Park.  The Red Sox actually sent a very cool fan pack that included several stickers... including the famous B Strong logo: 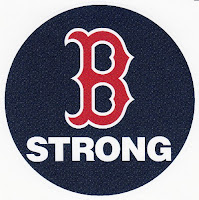 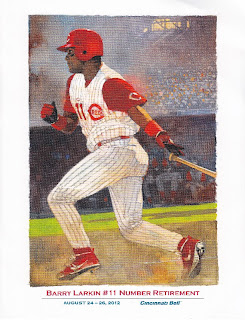 This easily stands out as my favorite item of the bunch.  It arrived in a nice commemorative envelope and features a guy who started his career just around the time I went from a childhood collector to high school sports card investor.

I'll update this post if any additional fan packs arrive.  Hopefully, I'll receive something from the two local teams, since that's who 95% of the students cheer for.

Happy Saturday and sayonara!
Posted by Fuji at 6:00 PM