Another month.  Another contest.  But before we get to this month's prize, let's see who's taking home those The Bad News Bears team sets. 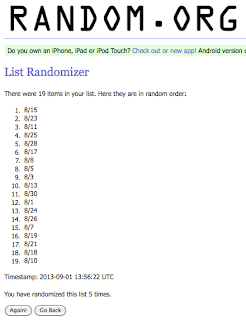 There were ten people who left a comment on my Flea Market Finds #44: 60's Treasure Trove post, so each of those people received an extra four entries into this month's randomization.  Plus Richard Nebe Jr. and Corky each received two extra entries for plugging my contest on their blogs.

This month's winners are... 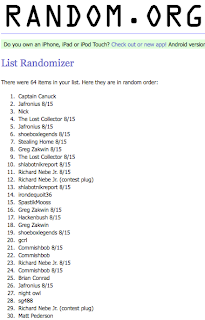 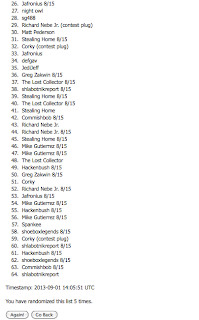 Congratulations to Captain Canuck, Jafronius, and Nick.  I'll need each of you to email me your mailing addresses.

Now let's get to this month's contest.  This month I'll be giving away a wax pack collection of 80's oddballs.  So far I've gathered these 7 packs... but I'm pretty sure I have a few others laying around that I'll throw into the mix. 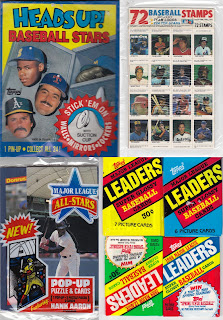 I know they're not going to fund your child's college tuition... but if you're like me, you can appreciate 80's oddballs.

How can you enter?  Well there's three different ways.

1.  Leave a comment below for one entry.
2.  Plug this contest on your blog for two extra entries.
3.  Leave comments on my posts throughout the month of September.

On October 1st, I'll enter everyone's names from this post into the list randomizer over at www.random.org.

If you plug this contest on your blog, I'll add your name two additional times.

And as a final bonus, I will randomly select one of my posts from the month of September using the same website.  Anyone who leaves a comment on that particular post will have their name added four additional times.

Today's question of the day:

Who are you favorite athletes of the 80's?

I've gotta go with Tony Gwynn, Rickey Henderson, Steve Carlton, Byron Scott, and Steve Largent.  All five of these guys played a role in my sports card addiction and my love for baseball, basketball, and football in general.

I look forward to reading your responses.  Happy Sunday and sayonara!
Posted by Fuji at 11:00 AM