I have seriously hit a rough patch in terms of flea market finds.  Last weekend, I found a couple of cool items.  However my final purchase of the weekend definitely left me feeling a little ill.

I guess this is my new PC.  A few weeks ago, I picked up a Mickey Mouse comic book.  And now I've added five more to the collection.  One of them has a cool back cover that I'll share in a future post. 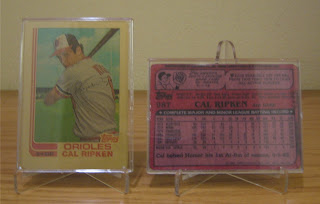 I'll probably never actually own the real thing, so I decided to pick up a pair of porcelain reprints for a buck a piece. 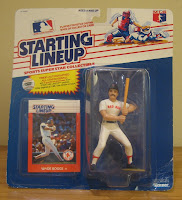 Three dollars for a 1988 SLU of one of the greatest hitters of the 80's?  Yeah... this was definitely a no-brainer and probably my favorite purchase. 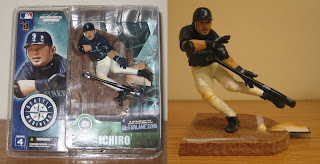 The vendor had a bunch of figures... including several McFarlane Sports Picks.  It's not the best looking Ichiro figure, but for $3... I'm not complaining.

That wraps up my Saturday flea market adventures.  So far, so good.  But things won't stay that way.

When:  Sunday, September 8th
Where:  Capitol Flea Market
What:  A Basket of Cards/Pogs & Coins
How Much?:  $30 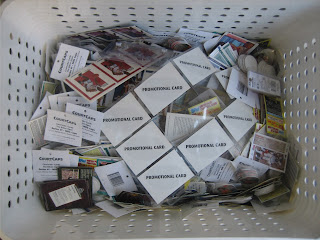 Have you ever bought something that's probably a good deal, but in the end it was still a waste of money?

That's the best way to describe this basket.  Five dollars for over 1000 Pogs (including 100 sets of Bikini Open Pogs), hundreds of Courtside promo cards and inserts, uncut sheets, around 500 random sports cards, and an autograph for my Cal PC... isn't a terrible price.

But do I really need any of this crap?  Unfortunately... that's not the purchase that left me feeling like I had been taken by a shady insurance salesman. 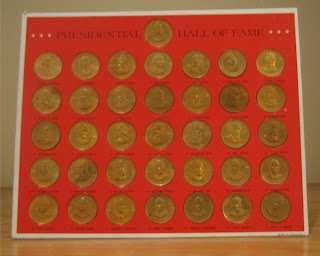 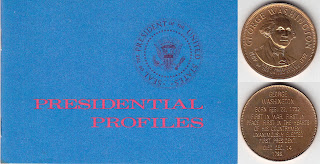 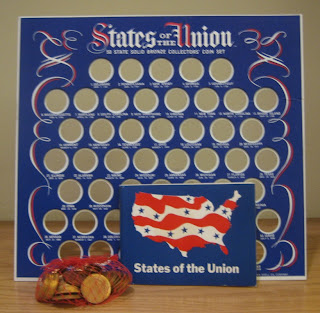 1969 Shell States of the Union Coins

Towards the end of my Capitol run... I came across a guy with these cool looking coin sets. He went into great detail about how they were part of some promotion and I ate it up like a fat kid eating ice cream on a hot, summer's day.  He told me that these have continuously gone up in value over the years and they now sell for close to $50/set.

Long story short... I bought them without doing any research and discovered that I paid way too much.  At the time, he made me feel like I was getting the deal of the century.  But in reality I paid about twice the going rate on eBay.

I have nobody to blame, but myself... which makes me feel that much worse.  Oh well... that's the last time I take some stranger's word at the flea market.  I guess that's how all of those people felt after buying cards off of Don West during the Shop at Home years.

Happy Wednesday and sayonara!
Posted by Fuji at 6:00 PM