The Babe and some Snake Skinned Pants

One of the best things about the Junk Wax Era is that there are so many awesome cards floating around... collectors can always seem to find a hidden treasure to dig up. 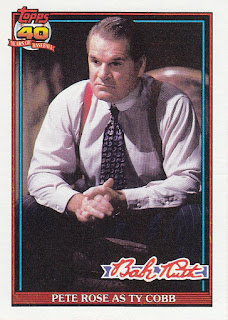 1991 Topps Babe Ruth #7
In honor of the 30th anniversary of the vote that disqualifies Pete Rose from being considered for induction into the National Baseball Hall of Fame, I wanted to share a small eleven card set that features a card of MLB's All-Time Hit King. 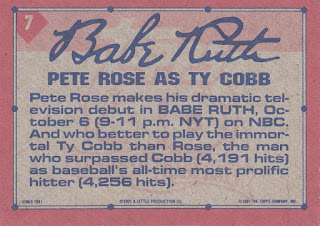 Back on October 6th, 1991... NBC aired Babe Ruth... a made-for-television movie based on Robert W. Creamer's book Babe: The Legend Comes to Life.
I'm not 100% sure if the set was produced before the movie aired to promote it or after, but it's a pretty cool oddball issue.  I'm also curious about how the set was distributed.  Was it sold on Shop-At-Home, handed out at card shows, or sent to card shops for promotional purposes?  If anyone knows... please leave the answer in the comment section down below.
In the meantime... here's a look at the set in its entirety: 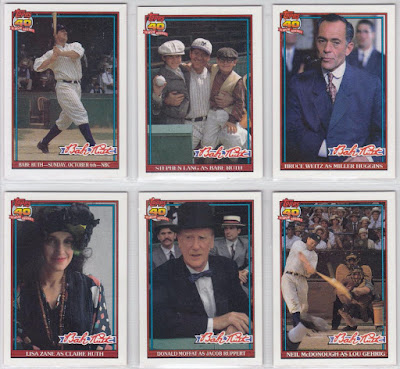 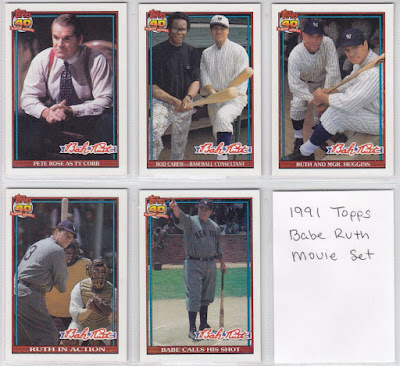 If you enjoy reading card backs... 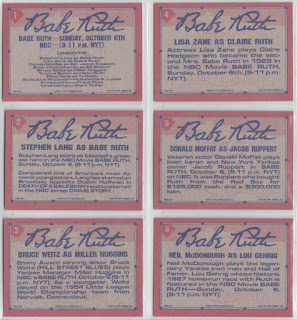 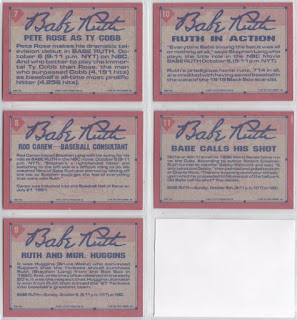 In addition to the Pete... Topps included another little nugget for baseball fans: 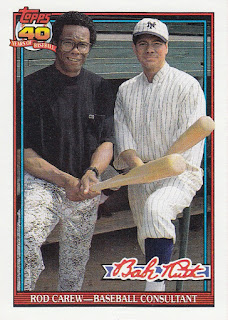 1991 Topps Babe Ruth #8
Topps has created numerous Carew cards since his retirement, but how many of them feature him in snake skinned pants? 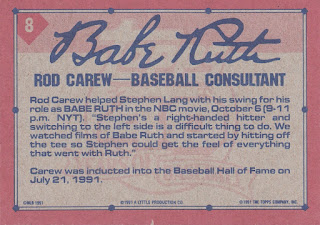 I was also impressed at the length of effort Stephen Lang (the actor who played Mr. Ruth) went to for the movie.  I've never seen it, but now kind of want to just to see his swing.
By the way... did any of you watch this movie?  Was it any good? 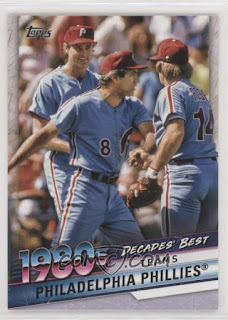 2020 Topps Decades' Best Series 2 #DB58
COMC Image
As for Rose, last year Topps snuck him into their Decade's Best insert set... but to the best of my knowledge the movie card was one of his last official Topps cards produced... although it wasn't technically licensed by Major League Baseball.
Well that wraps up another Throwback Thursday.  Happy anniversary Pete!  If it's any consolation... I've forgiven you and hope to see you reinstated into baseball and eventually inducted into Cooperstown.
Happy Thursday and sayonara!
Posted by Fuji at 3:00 PM