Now that #46 has officially been sworn in... let's see what this administration can do.  Personally... I hope President Biden and company will be able to bridge the growing gap between the two major political parties.  Okay... that's enough politics.  Let's check out some cards.
In honor of #46... let's look at a few athletes who have donned that number on their jersey.  Now when I originally planned this post, I figured it'd take me twenty to thirty minutes to pull some cards of guys wearing #46.  I couldn't be more wrong.  I spent two hours digging through 5,000ct. boxes looking for Mike Bordick cards I eventually discovered I don't own.
So let's start with him... 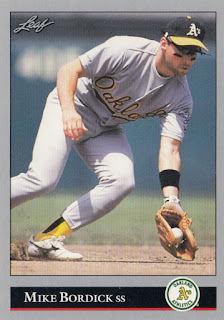 1992 Leaf #364
While brainstorming for this post, I wanted to use cards with photographs of the athletes wearing #46.  Due to my lack of organization, this proved to be very challenging.  Thanks to COMC, I did discover that Bordick who wore #46 with the A's from 1990 to 1992 has two cards clearly featuring him wearing that number: 1991 Score and 1992 Stadium Club.
Both of those cards are from the Junk Wax Era... so I figured I owned multiple copies sitting in my A's collection.  Unfortunately... I've never taken the time to organize the multiple 5,000ct. boxes that house the bulk of my A's cards.  Well like I stated... I eventually discovered that I don't own either of these cards.
But I did find multiple copies of his 1992 Leaf card... which features him wearing #46 on the back: 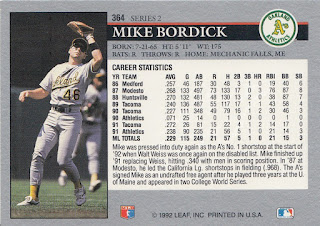 Moving along... the lone hall of famer I discovered in my collection was Lee Smith: 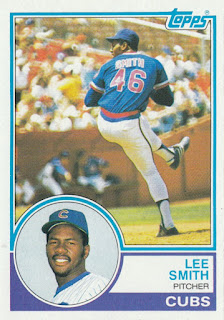 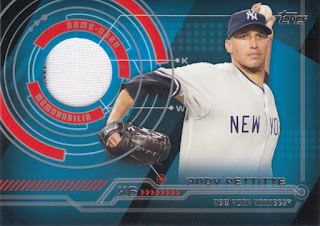 2014 Topps Trajectory Relics #TR-AP
This card doesn't feature him wearing #46, but it does reference his jersey number.  It's hard to see, but if you look closely you'll see the number printed in silver foil right under his glove.
And rounding out the baseball players is Yuichi Honda: 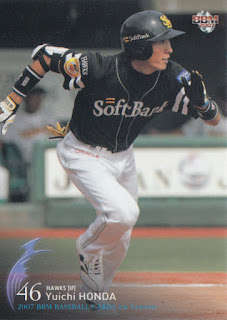 2007 BBM #95
Can't say I know anything about Mr. Honda, but he's the lone #46 I discovered in my Japanese baseball card binders.  Like Pettitte, he's not pictured wearing the number, but it's clearly printed on the card.
I also spent a lot of time digging through boxes looking for a Craig Kimbrel card other than this one, but struck out looking.  The search for a Paul Goldschmidt card with him wearing that number with the Cardinals came up short as well.
On the other hand, I was able to locate a pair of football cards featuring players wearing #46 while flipping through my vintage football card binder: 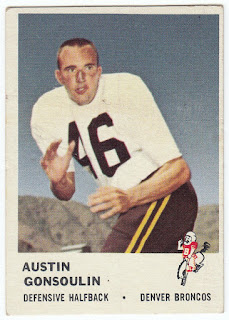 1961 Fleer #152
I've never heard of Austin Gonsoulin, but apparently he was a 5x Pro Bowler for the Denver Broncos back in the 60's.  He's clearly wearing #46 on this card, but according to Football Reference, he wore #23 for them.
And rounding out this segment of the post is Herm Edwards... 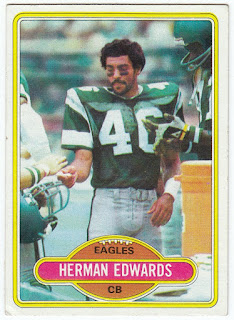 1980 Topps #377
I was pretty happy to find this card.  Seeing it instantly reminded me that "you play to win the game".  Thanks for the motivational speech Herm!
I apologize to basketball and hockey card fans out there for not being able to come up with any cards featuring #46 on them, but I assure you that I did look.
Maybe these will make it up to you.  Here are a few other random numbers in honor of our new leader... 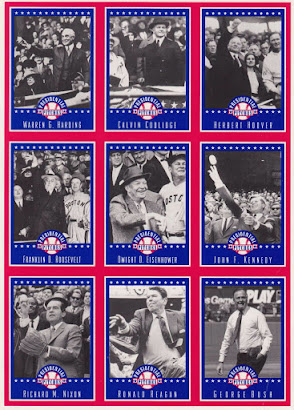 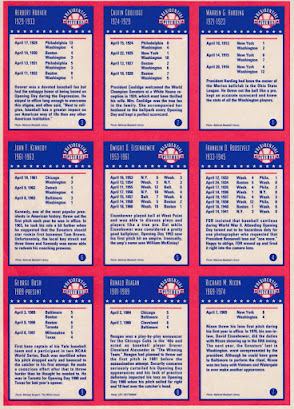 This sheet of Presidential Pitches trading cards came out of this issue of Tuff Stuff Magazine: 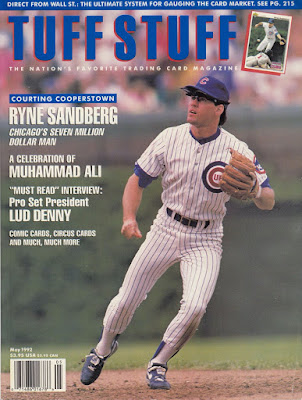 Tuff Stuff May 1992
This issue was part of a care package that SumoMenkoMan sent me back in August.  There's nothing like flipping through old issues of Beckett, Baseball Cards, or Tuff Stuff and reading the articles, looking up card values, and checking out old sales ads.  Thanks Ryan... these magazines are the gift that keeps on giving.
That wraps up another post.  Best of luck #46.  Let's see what you're made of.
Happy Thursday and sayonara!
Posted by Fuji at 3:00 PM