My weekend road trip posts interrupted and distracted me from my Blog Bat-Around series featuring A Few of My Favorite Things.  But I'm back.  Only this time I'm gonna wrap things up and combine the 2000's and 2010's into one post due to lack of time.

School is back in session and I'm teaching a new class this year, which means that I won't have as much time on my hands as I did a few weeks ago.  Although I'm pretty passionate about developing new curriculum, I've got to admit that I feel a little out of my league for this class.  But nobody wants to hear me whine... so let's get into some of my favorite cards, movies, and music...

The plethora of memorabilia cards in today's products combined with vague COA's have tarnished the allure of this little niche in our hobby.  But there was a time when pulling a game-used jersey card out of a pack meant something.  And these jersey cards fit that description.  They were pretty tough pulls compared to today's standards... as they were inserted into 1:168 packs... or 1:7 hobby boxes. 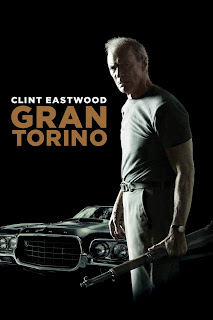 I grew up watching Clint Eastwood films like Escape From Alcatraz, Firefox, and Heartbreak Ridge.  And in college I went back and watched some of his movies I was too young to appreciate when I was a kid like Dirty Harry, A Fistful of Dollars, and High Plains Drifter.

But if I could only watch one Eastwood film for the rest of my life, it'd be Gran Torino.  If you have a Netflix account and have never seen it... I highly recommend it.


Nas is one of the most lyrically gifted rappers of all time.  Choosing his best song or even my favorite song would take way more time than I have to invest... so I decided to go with this one.  It's one of his more popular songs from the early 2000's... and rightfully so.

Figured I'd wrap up this run of my favorite baseball card sets with another autograph set.  Ever since I laid eyes on the 2013 Five Star autographs, I started adding as many affordable ones to my collection.

Its simple design really allows the signature to stand out... and the checklist isn't too shabby either. 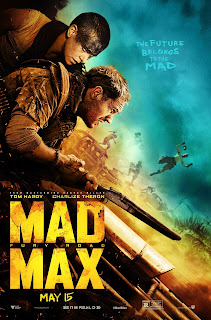 I almost went with one of the Marvel Cinematic Universe movies, since I've enjoyed most of them.  But then while looking through my small stack of Blu-ray movies, I came across this gem of a film.

I was a huge fan of the original Mad Max and The Road Warrior films... and kinda thought this movie wouldn't be able to live up to it's reputation.  It did though... and then some.


There are plenty of songs from the 2010's I've enjoyed... but honestly most of them lose their appeal after awhile.  I was listening to some country before my students arrived yesterday and this song came on.

It has a catchy tune... and tells a story... which is why I enjoy a lot of different pop country songs.  I realize it isn't for everyone, but I'm pretty grateful that one of my best friends opened my ears to it thirteen years ago.

Well that wraps up this series featuring A Few of My Favorite Things.  A huge shout out goes to Chris over at The Collector for kicking off this Blog Bat-Around.  It provided me with six blog posts and a lot of reminiscing.

Let's go ahead and close things up with today's question of the day...

I'm definitely more into hip hop... and if I had to pick a favorite rapper or rap group (outside of the Beastie Boys), I'd go with A Tribe Called Quest.

Thanks for taking the time to read this post.  Happy Thursday and sayonara!

Collecting Cutch is giving away a Troy Tulowitzki autograph on his blog.  It's simple to enter, supports a good cause, and features some nice eye candy.  Check it out here.