Cards From The Blogfather

Writing is one of my passions in life.  It's something I enjoy doing in my spare time... and it all started back in the tenth grade.  After months of dealing with my "just do enough" attitude, I vividly remember my English teacher shaking his head and telling me I was wasting a gift.

Things were different back then.  Mr. G kept it real with us and we appreciated it.  As a result, he inspired me to put more effort into my writing.  Three decades later, I have a blog with almost two thousand published posts.

That's not saying much, since I'm not exactly a great writer.  However that doesn't prevent me from writing.  On the other hand, the cards featured in this post came from a professional writer and one of the most popular card bloggers around:  Mr. Night Owl.

Earlier in the summer, he busted a box of 1991 Pro Set Super Stars MusiCards Series 2 and wrote a detailed post on the set and the variations within it.  I was crossing my fingers that he'd end up pulling two copies of card #292: 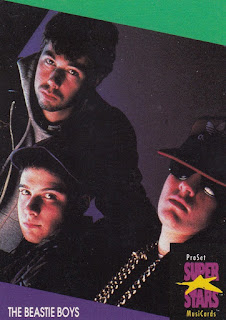 He did... and offered to send the extra my way. 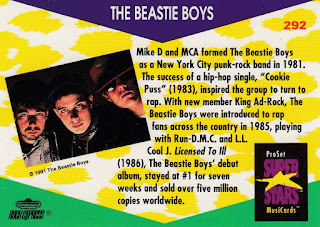 The Beastie Boys have been my favorite group since the 90's... just about a year after these cards were originally released.  Pro Set actually produced three different Beastie Boys cards.  The other two were part of the 1991 Yo! MTV Raps Series 2 set. 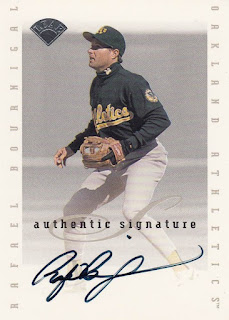 He also sent me a few newer Athletics for my collection: 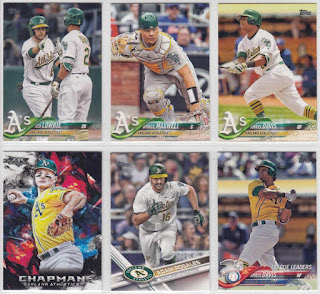 Through the process of building my care package, he discovered that we collect very different things, which made it difficult for him to find cards for me.

His solution?  Send cards for my students:

Early 90's Pro Set football cards are awesome!  Collectors often turn their noses up to these sets due to mass overproduction.  However if you take the time to flip through these cards they're actually well-designed with some fantastic action shots. 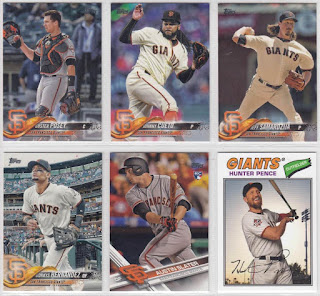 Five years ago, the San Francisco Giants were about to win their third World Series title in five years... and my students couldn't get enough of their cards.  It'll be interesting to see how many of my incoming 7th graders are die-hard Giants fans.  I know that at least one of them will be happy to receive these.

Thanks Greg for care package!  We may not collect the same stuff, nor are we in the same league of writing ability.  But that's okay.  We both enjoy collecting trading cards and writing about them on our blogs.  I'm gonna call that a win and leave it at that.