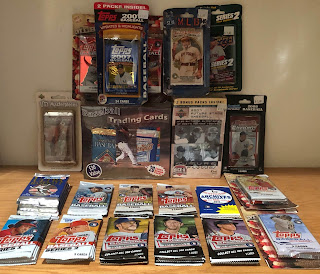 I've been trying to cut back on purchasing retail packs this year, but two weeks ago that went out the window when I picked up two Ultimate Collector's 50 Pack Combos over on Walmart.com.  The purchase was inspired by Dennis over at Too Many Verlanders who bought five of these fifty pack bundles.

I essentially fell off the wagon, because the price was too good to pass up.  Fifty packs for $19.97 is a pretty tempting deal and when you buy two or more combos the shipping is free.

At this price, you'd expect to see a bunch of Junk Wax Era packs, but they only represented about 30% of the packs they shipped.  Half of the packs were from 2012 to 2017.  There was even a pack of one of my all-time favorite products:  UD Masterpieces.

Here's a breakdown of the packs Walmart shipped me:

Now my count could be off, but I checked my addition three times and it seems like Walmart shorted me one pack.  Not cool Walmart.  Not cool.

Honestly... it's not a huge deal.  This purchase provided over an hour's worth of entertainment and I did managed to pull this Mark Teixeira jersey card: 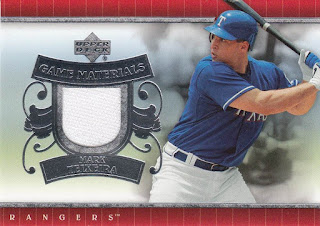 Outside of that and a few Oakland A's and San Diego Padres commons I may or may not have needed... the only card that I was really happy to add to my collection was this Andrelton Simmons rookie card: 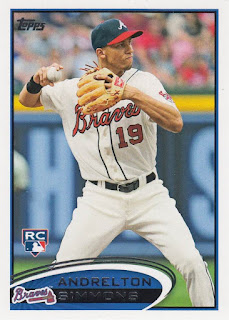 But like I said... if you're looking for some cheap entertainment... you might want to give these Walmart fifty pack bundles a shot.  You never know... but you might end up pulling a Jim Thome memorabilia card or a Mookie Betts rookie card from your packs like Dennis did.


Speaking of Dennis, he held a contest involving some unopened packs over on his blog.  To participate all you had to do was hang out during his live stream and watch him bust packs.  It was a lot of fun to gather with other collectors and talk shop.

I ended up winning five packs of 2006 Topps hanger packs: 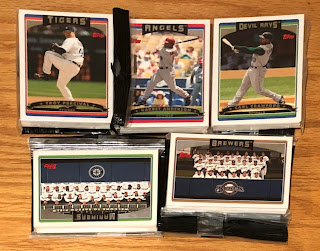 In addition to the packs, Dennis hooked me up with a stack of Oakland Athletics: 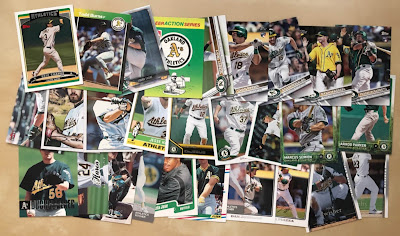 Plus a bunch of cards for my Japanese PC: 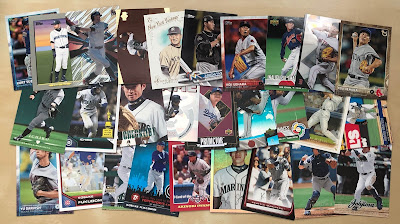 And a nice stack of inserts, buybacks, autographs, and a jersey card: 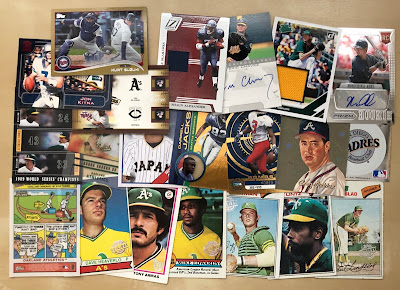 Since there weren't five cards that stood out from my Walmart packs, I figured I'd create a Top 5 list with the cards Dennis sent me.

However, before I begin, here are some honorable mentions:

My fanfare for memorabilia cards is no secret and both of these were new additions to my Seahawks and A's collections.  The Aoki is one of those Throwback Thursday online exclusive cards and when it came down to picking my Top 5, this card was close to swapping spots with #5 on this list.  Speaking of #5... here are my five favorite cards from Dennis' care package: 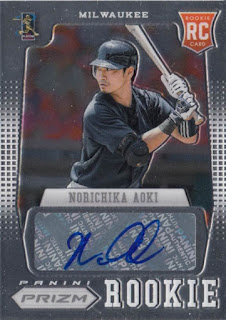 I miss seeing Aoki wearing an MLB uniform, because he was a solid hitter wherever he played.  At 37 years of age, he's still playing in Japan and hitting over .300. 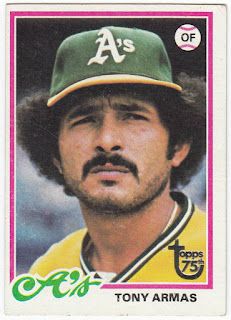 I enjoy adding vintage buybacks of Athletics to my collection... especially when they're players I rooted for back in the day.  Rickey Henderson, Dwayne Murphy, and Armas formed a solid outfield for the Athletics back in the early 80's. 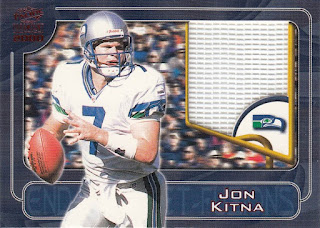 I was stoked when I saw this card in one of the team bags Dennis sent.  It's an insert with a faux net embedded into the card. 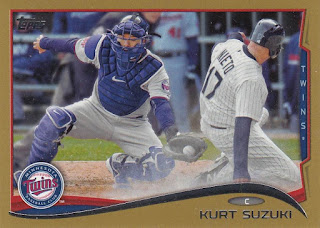 It's been six seasons since Suzuki has played with the Athletics, but he's still one of my favorite players in the game.  I'm always glad to add a new parallel of his to my collection. 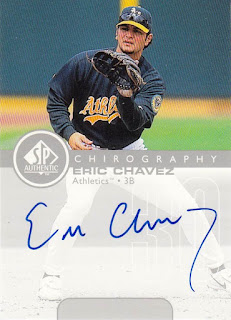 Chavez is a fan favorite among A's fans.  The guy was one of the best fielding third basemen during his career and had a pretty solid bat.  He's also one of the best players to never make an MLB All-Star team.

Well that's it for today.  Thank you Dennis for the very generous care package and for inspiring me to pick up two of those Walmart bundles.  Both provided me with tons of entertainment.

Happy Saturday and sayonara!
Posted by Fuji at 3:30 PM