Masters of the Game

Reading card blogs definitely has its perks.  Learning about new cards is one of them.  Someone out there in our blogosphere wrote a post that included one or more of the 1993 Donruss Masters of the Game postcard sized cards.

***UPDATE***  ARPSmith's Sportscard Obsession was where I first noticed these cards. 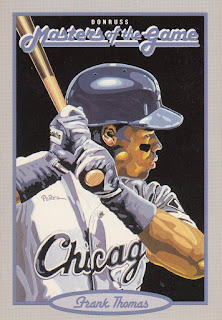 I took a break from collecting in 1993, so I wasn't aware of these cards.  But I've always been a fan of the Donruss Diamond King subsets of the 80's and early 90's, so these caught my eye and inspired me to find a set on eBay.  I wasn't successful, but I did end up buying an "almost complete" set: 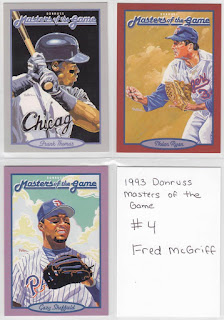 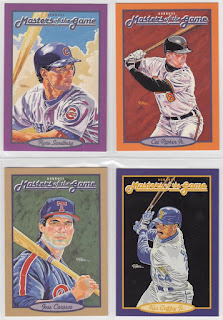 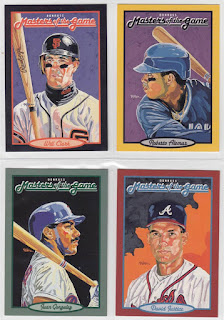 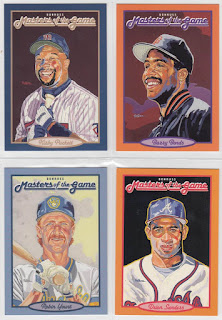 According to Beckett and Baseballcardpedia, these were originally distributed in single card packs as part of a bundle that included an 18 pack box of 1993 Donruss Series 2 baseball at retail outlets.  The sixteen card set includes eight hall of famers.

The set also includes two San Diego Padres... but it's surprisingly missing Mr. Padre.  Like how are you going to leave one of the game's best contact hitters off of the checklist?  I'm also surprised Donruss chose to not include Greg Maddux either.  Then again... I PC both of these guys... so I'm a little biased.

As previously mentioned, the set is postcard sized and the backs even provide space to write an address as well as include a postage stamp: 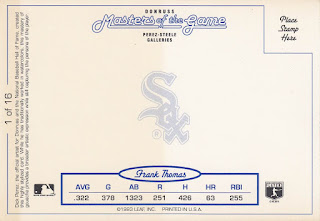 Okay... today's question of the day:

Have you purchased any cards lately that were inspired by another blogger's post?

Well... that's it for today.  Happy Thursday and sayonara!
Posted by Fuji at 3:00 PM