Last week, The Shlabotnik Report wrote a post about a vintage German curling card he added to his collection.  In the post he mentioned that he had cards from eight different countries sitting in his collection (it turns out he actually has 12).  I estimated that I had seven and thought I'd share them in a post. 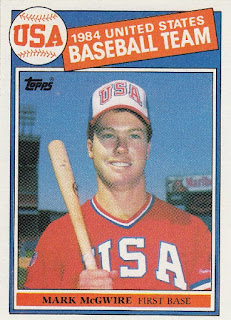 If I had to guess what percentage of my collection was printed in the United States, I'd probably say 99%.  Maybe 99.5%.

The next three countries make up the bulk of the remaining .5%...

With each passing year, I grow more and more obsessed with collecting OPC and Leaf trading cards... especially the rookie cards from the 80's.

My Japanese trading card collection has really blossomed over the years thanks to guys like Zippy Zappy, Ryan G, and SumoMenkoMan.  I have two binders full of BBM and Calbee trading cards, plus at least another ten sets sitting in boxes. 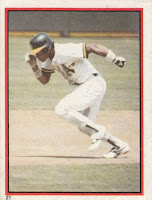 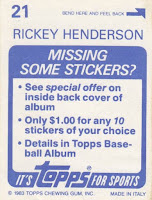 Thanks to the sticker albums of the 80's, I have a bunch of baseball stickers printed in Italy.

The rest of the countries listed in this post are definitely outliers which make up a very small fraction of my collection. 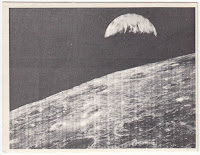 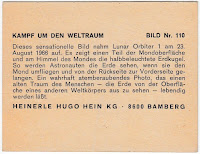 I probably have 50 to 100 different cards produced in Germany and all of them were generously donated to me by SumoMenkoMan.  This card isn't just one of my favorite German cards in the collection, it's one of my favorite cards period.

I found this Swedish sticker sitting inside of my Owen Nolan binder.  Flipping through this binder inspired me to look through my hockey inserts and oddballs box, where I found the next card.

I know I have a box of 1990-91 Pro Set English League soccer cards laying around somewhere.  Until I can dig that up, this Topps UK card will have to suffice.

This card was only added to my collection nine months ago when Brian over at Highly Subjective and Complete Arbitrary sent it my way.  I'd like to add a few more of the Venezuelans to my collection one day.

I'll wrap things up with three more cards that are related to this post, but didn't quite make the cut.

First up is a Pro Set Spanish rookie card of Brett Favre: 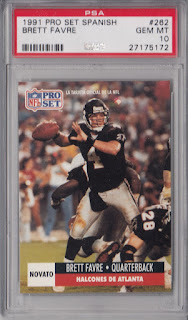 Ever since this product was released, I assumed it was printed and distributed across the border.  Nope.  It was printed and sold in the United States.  Maybe one day I'll be fortunate enough to add the 1977 Topps Mexican Steve Largent rookie card to my collection.

Here's another card I was duped with...

Who would have thought that Cuban League trading cards would be produced in Canada?

The last card is a card I know I have somewhere...

I just don't know where it is, so I pulled a scan off of COMC.  I'm also pretty sure I own a least one Korean baseball card, but I wasn't able to locate that one either.

So for the time being there are currently nine different countries represented in my collection.  That's three countries less than The Shlabotnik Report.


How many different countries do you have cards from?


If you're willing to write a post and share your response, I encourage you to leave a link on The Shlabotnik Report's blog.  C'mon... who doesn't love a Blog Bat-Around?