Pranks and practical jokes have never really been my thing, which is why April Fools' Day isn't really something I look forward to.  However about a week ago, I purchased a card and figured this annual celebration dedicated to jokes and hoaxes would be the perfect time to show it off. 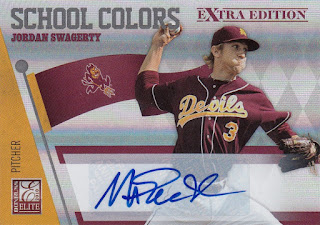 Back in October of 2010, Panini confirmed reports that Magic Johnson autographed stickers were erroneously applied to some of their Jordan Swagerty cards.  This case of mistaken identity caused quite the stir back in the day, because it exposed a chink in the sticker autograph's armor as well made collectors wonder how an error of this magnitude could even take place. 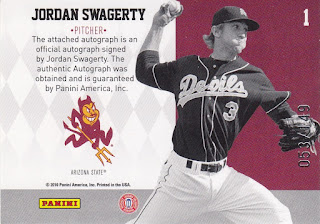 Whether it was positive or negative, this story brought attention to our hobby and more specifically... Panini Corporation.  In fact, some collectors even questioned whether or not this was done on purpose as a publicity stunt.  Personally, I doubt it, since Magic Johnson signed stickers were definitely more expensive to purchase than Jordan Swagerty's.

At the end of the day, Panini offered collectors the opportunity to exchange their "error" card for a "corrected" version.  Anyone who did was given an exclusive Manny Machado card as well.  I'm not sure how many collectors took advantage of this opportunity, since at the time these "error" cards sold for much more than your run of the mill Swagerty autograph.

Back then I was still collecting basketball cards and the Los Angeles Lakers were my team, so this card was definitely high on my wantlist.  But I wasn't going to pay the insane prices people were demanding.

Almost a decade later, I was able to finally add this "error" card to my collection for a fraction of the price.  A seller listed the card for $24.95 or best offer on eBay and after going back and forth, he eventually accepted my $15 offer.

This isn't the first time I've purchased one of these "mistaken identity" autographed cards.  A few years ago, I added this card to my Tony Gwynn PC: 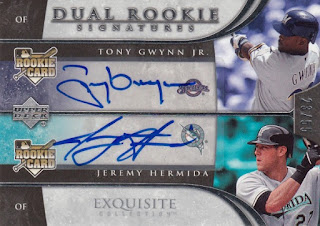 Before Panini's magical mistake, Upper Deck mixed up their Gwynns and accidentally applied Mr. Padre's signed stickers to his son's rookie card.  Need proof?  Here's a side by side comparison of father and son's signatures: 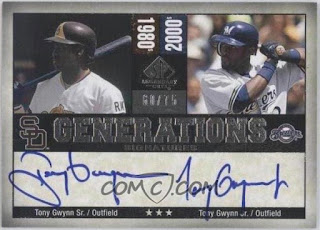 And just in case you aren't familiar with Magic Johnson's autograph here's another look at the Swagerty error card next to one of my Magic Johnson autographs:

Neither of these "error" cards will ever be in Billy Ripken's league: 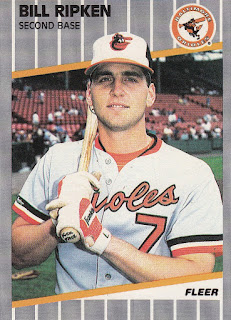 Nor will they ever compete with these two mistaken identities:

But the Magic and Gwynn autographs are great conversation pieces and interesting additions to my Los Angeles Lakers and San Diego Padres PC's.  Plus they gave me something to write about on this day of celebration.

Happy April Fool's Day and sayonara!
Posted by Fuji at 6:00 AM