Tomorrow's post covers trading cards residing in my collection that were produced in different countries of the world.

Today's post is going to show off some of the cards that Ryan (a.k.a. SumoMenkoMan) sent me a few weeks ago.  The bulk of the cards were produced in Germany and Japan, two countries that will be featured in tomorrow's post.

A few years ago, if you were to mention the names of those two countries, the Axis Powers would be the first thing that popped into my head.  Ryan has started to change that.  Over the past few years, he's sent me multiple care packages that have included hundreds of Japanese and German trading cards.  And each and every time, they give me the opportunity to learn something new.

Yesterday, I spent over two hours sifting through the two 100ct. plastic boxes he filled up with a variety of sports cards and non-sports cards.  As I was scanning the cards, I spent time researching the sets and learning new things.

I'm here today to share with you what I learned... 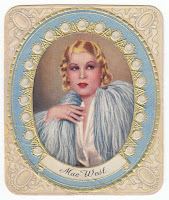 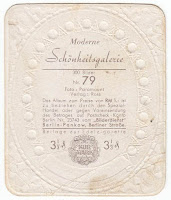 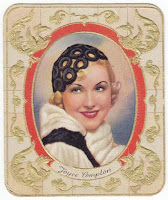 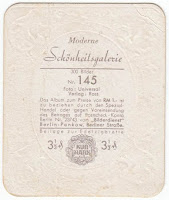 I spent over 30 minutes researching these two cards alone.  These beautiful cigarette cards were produced in prewar Nazi Germany.  There were two different series of cards produced with each one focusing on popular German and Hollywood actresses.

I couldn't tell you any movies either of these ladies have starred in, but I did recognize both of their names.

Continuing with the entertainment theme are these 1933 Salem Gold Film Bilder cards...

These are similar to the Topps baseball sticker albums of the 80's, except these were produced 50 years earlier and contained famous actors and actresses.  If you're interested in seeing more or learning more about these, then check out Ryan's review from back in March.

There wasn't a lot of information out there on Hohn, but according to Wikipedia she was a German stage and movie actress. 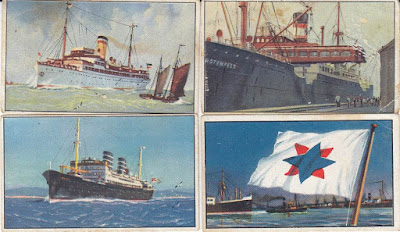 This next group of cards focuses on ships and flags.  I originally thought that these four cards were from the same set, but after reading another post on Ryan's blog, I discovered they're two different sets:  1933 Lloyd Flottenbilder die Welthandelsflotte and 1933 Lloyd Reedereiflaggen die Welthandelsflotte.  If you're interested in reading about the differences, click on the above link.

Here's a closer look at one of the ship cards:

These cards are truly beautiful!

The last group of German cards were ones I couldn't find any information on:

Here's a closer look at one of them: 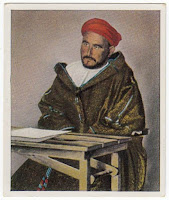 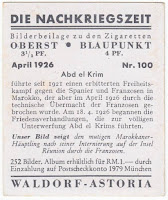 According to Wikipedia, Abd el-Krim was a Rifian political and military leader whose military tactics influenced people like Ho Chi Minh and Che Guevara.

A care package from Ryan isn't complete without a few sumo wrestling cards.

The first one is part of a fantasy card game he created:

If you're interested in learning more about their game, watch this video:

One of these days, I'm going to get around to learning more about the sport and hopefully get a chance to play in their fantasy league.  It seems like a lot of fun.

He also sent me some vintage sumo discs: 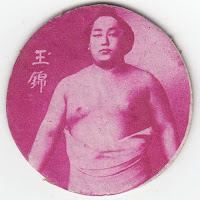 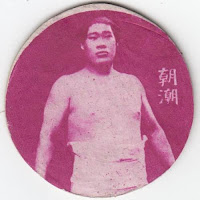 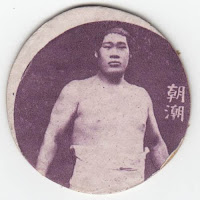 According to the note Ryan included, these three discs are 1930's Menko discs. 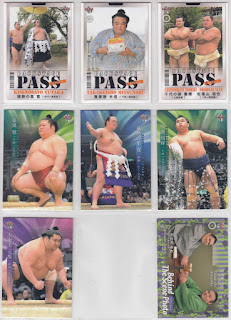 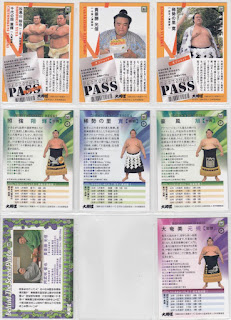 I'm gonna close out this post with some vintage Japanese non-sport cards: 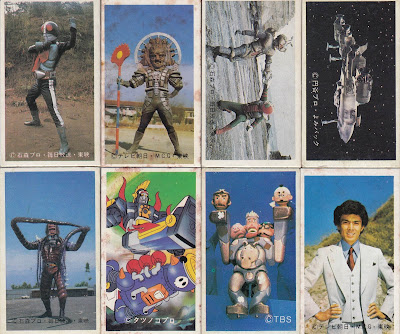 I'm not 100% sure what these are, but when I was a kid my parents would take me to this Japanese book store in San Francisco and I'd buy books/magazines that featured characters similar to these. 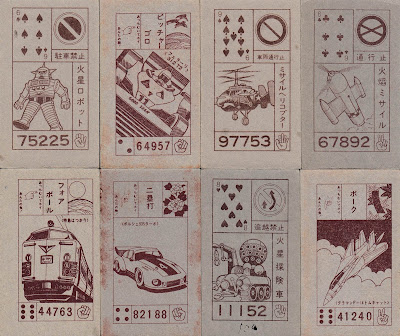 The backs feature some form of card game and some really cool art work.  I haven't actually had the time to put these into my binders, but I'm guessing that between all of these cards + the huge stack of Japanese basketball cards, I'm going to need close to twenty more 9-pocket pages.

Thanks again Ryan for hooking me up with all of these German and Japanese trading cards.  Stay tuned, because tomorrow I'll be featuring one of my favorite cards in my collection... which happens to be another German card you sent a while back.