I've struggled to memorize birthdays my entire life.  For the sake of this post, I sat down and listed as many as I could.  Eleven.  If I include myself... twelve.
Laziness is the problem.  It wouldn't take much effort on my part to create some flashcards and practice them a few minutes every day.  But that's not something I foresee taking place anytime soon.  I mean... why should I?  One of the biggest perks to owning a smartphone is the built-in calendar that reminds me when important events are coming up. 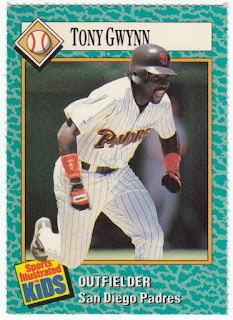 However there's a thirteenth birthday I need to memorize... and that's Tony Gwynn.  The bottom line is the idea of adding birthdays of anyone outside of friends and family to my phone is silly.  That being said... Gwynn isn't just anyone.  He's my favorite athlete of all-time.  That has to be worth something.  So May 9th has been officially been entered into my memory bank. 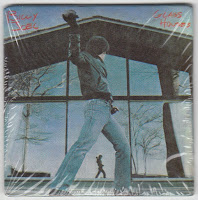 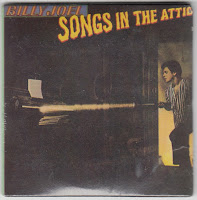 1981 Chu-Bops #4 Glass Houses
1981 Chu-Bops #52 Songs in the Attic
I guess this means I have officially memorized Calvin Murphy, Steve Yzerman, and Billy Joel's birthdays too.  That doesn't mean I'll remember to post something on their birthday every year.  But if you ask me for Gwynn's birthday, I'll be able to tell you the date. 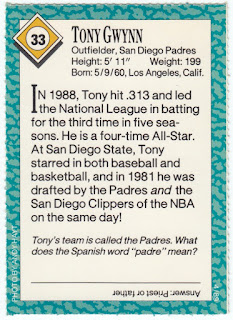 By the way, I used Gwynn 1989 SI for Kids card, because it's one of two Gwynn cards from my beginning of the year COMC shipment.  I'm saving the other one for an end of the school year post.
Anyways, 1989 was the inaugural year for SI for Kids and this Gwynn was part of issue #4.  That year he played the St. Louis Cardinals on his birthday.  He led off the 4th inning with a single off of Ken Hill and eventually scored the Padres first run of the game.  Unfortunately, the Cardinals won the game.
Happy belated birthday Mr. Padre!  Sorry I forgot your birthday this year.  Now that I've memorized your special day, hopefully I won't need another blogger to inspire me to write a birthday post for you ever again.
What about you?
Do you rely on the help of smartphones when it comes to birthdays?
Do you have any athlete's birthdays memorized?
Happy Saturday and sayonara!
Posted by Fuji at 5:30 PM

I think it's Facebook that is my main birthday reminder...however sad that might be. I also have no idea when any athlete's birthdays are...including my main PC Barry Larkin (I just looked it up, his is April 28th so I guess I missed it this year)!

Keep birthdays in my noggin. I only use my smartphone for talking and texting when I have too. Sometimes I use it for taking pictures. Nothing else. I'd be fine without a phone even a landline. As for athletes bdays, yes I do...A whole bunch of them courtesy of having 4 birthday binders for my collection where I collect baseball cards of players wit the same bday. 1/30, 2/25, 7/26, and 9/16. I also have (although not for long) (Long being a keyword) bdays for Holidates binder which I've totally lost interest in. One exception are the 2/29 guys (Leap year) Terrance Long being one of them.

Yep, the phone has the bday info for close friends and family. Facebook reminds me of Facebook friends. We were just talking over Easter about how pre-smartphone we had to memorize phone numbers and birthdays. And what's Chu-Bop? Trading cards of album covers? Glass House's is my favorite Billy Joel album.

You could do a lot worse than Tony.

I don't own a smartphone.

I pulled a card of a Japanese guy from a box of 2021 Topps Big League. It might be a while before I send it to you though. Need to get some more to make it worth the postage. Ha.

I am bad at birthdays too. I definitely use my outlook calendar for birthdays, although I probably only have half of the ones I actually should know in there.

I never forget Tino's birthday on 12/7. It was actually also the day he got traded to the Yankees, so that makes it extra special.

No, my brain is my birthday reminder. ... I hate relying on my phone for stuff that my brain should know. Maybe one day I'll have to, but I'm delaying it for as long as I can.

Love those Chu-Bop albums, wanted them so much as a kid. I should look into them, but they've probably skyrocketed in price like everything else from my childhood.

My All-Time favorite ballplayer, Bill Freehan, born on November 29, 1941. As you do, I try and celebrate it as best I can.

I have a hard enough time remembering birthdays for my friends/family, so it's a given that I'm awful at knowing (much less remembering) my favorite ballplayers' birthdays. Only ones I know by heart are the handful that share a birthday with me.

Outside of my family I can't remember anyone's birthday. I think when I was a kid I knew when Don Mattingly's birthday was, but I've long since forgotten.

It always makes me feel awkward when someone outside of my family wishes me a happy birthday on my birthday since I almost never know when that person's birthday is and I know that even if I learn it, I'll probably have forgotten by the time theirs rolls by, thus creating the risk of hurt feelings. Its one of those things I always want to get better at, but never do....

I come from a big family so I know both parents, four brothers, two sisters, wife, and four daughters. I have a couple of friends who have birthdays on holidays (Halloween, Valentines Day) so I remember those. I also know a handful of famous people (Chris Sale, Alex Bregman, Eric Clapton) that share my birthday. Everyone else I need reminders for.

I know my Mom's, because it's a couple days from Mother's Day. After that, unless it's a milestone and there's a party, I don't remember my friends' dates very well at all. I plugged them into a previous phone, but must have failed to transfer them, so they're gone...

Immediate family I have memorized. And one friend who I knew was "end of the month" so always waited until the last day until he confirmed that it was actually THE last day.

Athlet-wise? Only the ones who share birthdays with people I know…

The Blues had a commercial in the early 1990s that went something like, "Can't remember your wife's birthday? Remember Brett Hull's instead". It was not the best commercial by any means, which is probably why it stuck in my mind. Fast forward to the early 2000s, I met wife. Her birthday is the same as Brett Hull.

I’m terrible at birthdays. I need Facebook to yell at me and remind me.

I am old school , i utilize calendars for birthdays still. And don't have any athletes memorized