Today was pretty awesome in the sense that I literally had nothing on my schedule.  Did I have stuff I could work on?  Yeah.  But there wasn't anything that had to be done right at this moment.

After going to see my doctor this week, she gave me a pain killer and muscle relaxant which knocked me out and allowed me to catch up on some much needed rest.  According to my Fitbit, I've slept over seven hours since eight this morning.  In between, I watched a few episodes of Bob's Burgers and snacked on some leftovers from last night's dinner.

I figured I'd try to be a little productive and open up two blogger packages before I wrap up the evening with an ESPN documentary or two.

On Tuesday, I received a padded envelope from Jim over at cards as i see them.  Inside was this 2004 UD Legends Timeless Teams card of Don Sutton: 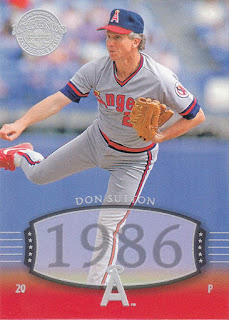 I had originally sent him this card for his collection, but when I told him that it was from the set I was building, he decided to return it and find another copy on Sportlots.  He also sent me this nice 2018 Topps Update Manufactured Patch of Hideki Matsui: 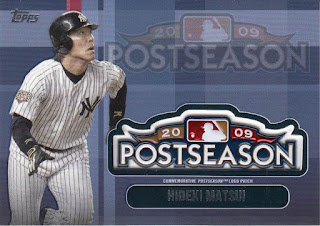 I'm always excited to add a new card to my Matsui PC.   This particular card celebrates his monster performance during the 2009 World Series against the Philadelphia Phillies. 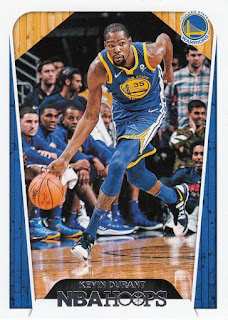 It's a nice card that features a great action shot, but I'm pretty sure he sent it to pass along to one of my students.  A lot of my kids are big Warriors fans... which isn't surprising since they're so talented and fun to watch.

Thank you Jim for the cards, but you truly didn't need to return the Sutton.  I took it from my set, because I figured you would appreciate it more than I would.

I received another blogger package on Thursday.  This time around it was a six pack of Oakland A's parallels sent to me from Sport Card Collectors: 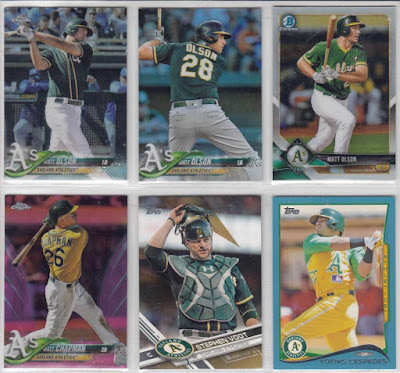 I'm always happy to receive inserts and parallels of guys like Chapman and Olson.  These two guys are the cornerstones of the franchise.

Thank you SCC!  I'll be shipping something out to you and Jim in the next week or so to say thanks for these generous packages.

Happy Saturday and sayonara!
Posted by Fuji at 7:30 PM