When it comes to oddball issues, there are few that rival 70's and 80's Kellogg's.  And with each passing year, my fascination and fixation on these lenticular rectangular treasures grows.  Over the past five months alone, I have added the 1974, 1976, 1977, 1979, and 1981 sets to my collection, which complement the 1980, 1982, and 1983 sets I already owned.  I also picked up a clean 1978 starter set on eBay last month for way less than a blaster.  Hopefully I'll be able to complete this set in the near future, however I'm willing to be patient if it saves me a few dollars.

Unfortunately... my willpower alluded me two weeks ago while vacationing in Las Vegas when I bid and won a complete 1972 Kellogg's set for $153.01 (+ $6.99 shipping) on eBay.  Normally I wouldn't have even searched for a complete set.  However... a few hours earlier, I had hit a $1,200 jackpot on a Walking Dead slot machine and was itching to find something nice for my collection.  Low and behold... this auction was closing within two hours of me discovering it.  If that wasn't enough incentive... eBay was offering 10x eBay Bucks that day.

It was as if the Cardboard Gods and the Slot Machine Gods had gotten together and line things up for me to come along and add this set to my collection.

Anyone who has collected 70's Kellogg's lenticular cards is probably aware of their cracking issues.  Well outside of the NM description and two photos, I was honestly taking a risk by bidding on this set.  For this price, I was expecting it to be nice... and I wasn't disappointed.

Out of the 54 cards, I only noticed four or five with cracks.  The Willie Stargell is the only one that needs to be replaced.  I can live with the rest.

I'm not the biggest fan of scanning, but I'm so excited about this purchase I scanned every card so that other Kellogg's collectors could enjoy it too: 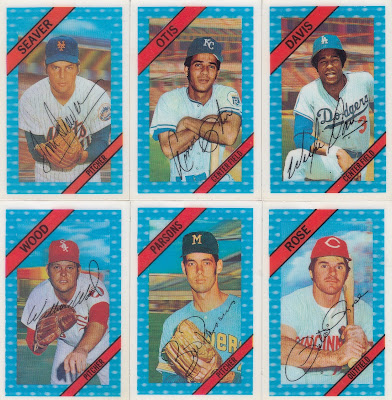 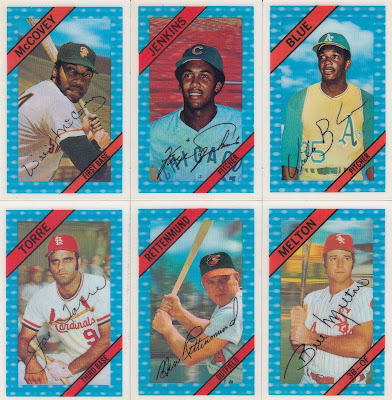 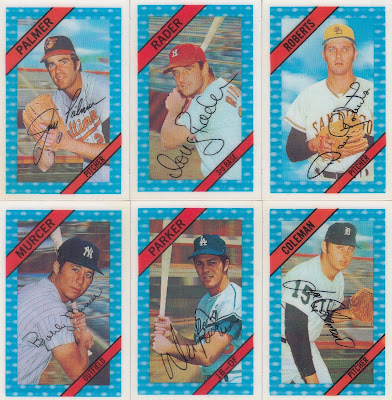 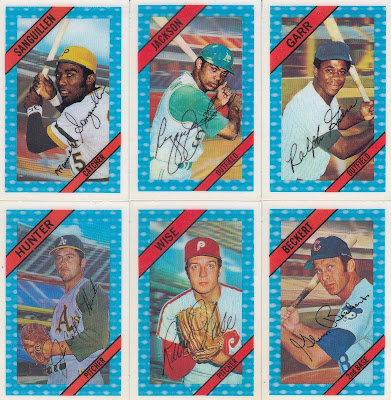 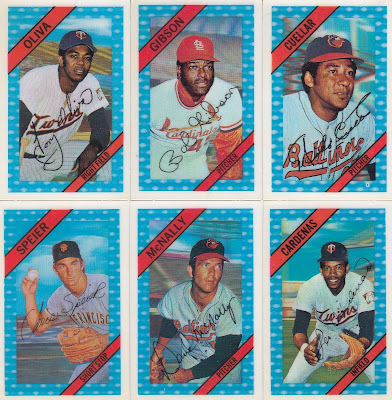 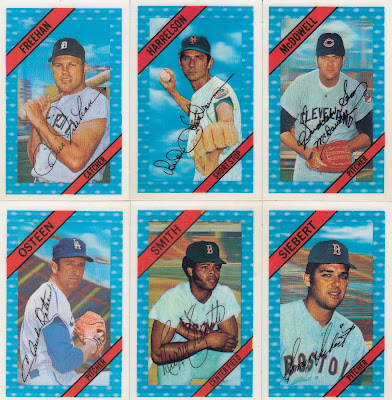 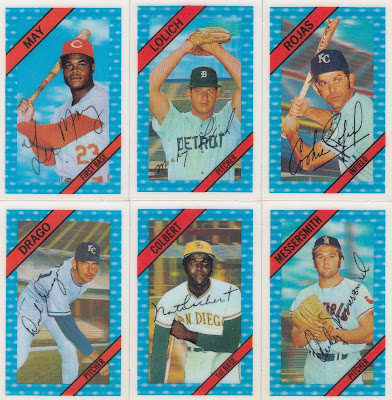 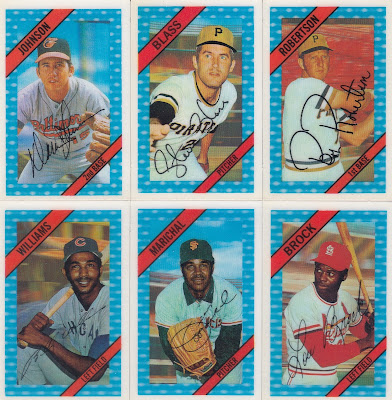 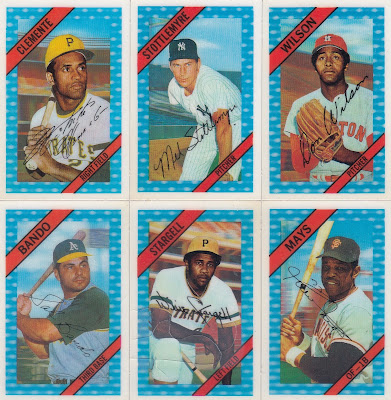 Although 25% of the set is made up of hall of famers, I was pretty bummed that guys like Steve Carlton, Frank Robinson, Johnny Bench, Al Kaline, Joe Morgan, Nolan Ryan, Brooks Robinson, and Rod Carew weren't included on the checklist.

That being said... I'm really excited to finally add the Roberto Clemente to my collection: 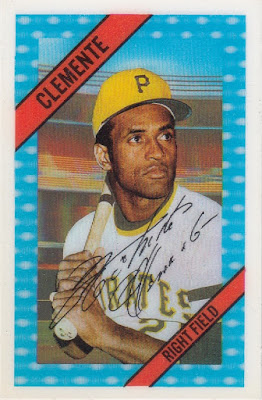 The 1972 design isn't one of my favorites, but it's still special to me because it represents my birth year.  Knowing the kind of humanitarian that Clemente was and the fact that he passed away only a few months after I was born makes owning this card even more special. 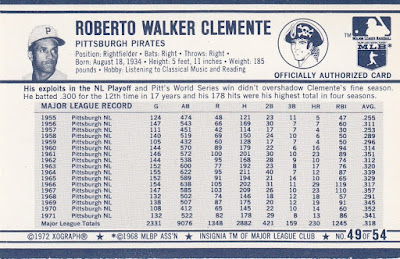 Entire career statistics, a second player photograph, along with a team logo make the backs just as impressive as the fronts.  Speaking of fronts... here's a closer look at some of my other favorites:

I'd love to add at least one more in 2019, but I'm not counting on it unless I'm lucky enough to hit another jackpot in Vegas.

You've just won a $160 eBay gift card, but you're only allowed to spend it on either one card or one set.


What would you buy?