When I chose a box of 2007 Ace Straight Sets as my free gift from Dave and Adam's Cardworld, I had hoped for this... 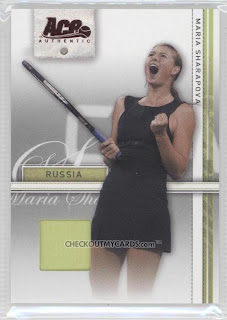 But instead, I pulled this: 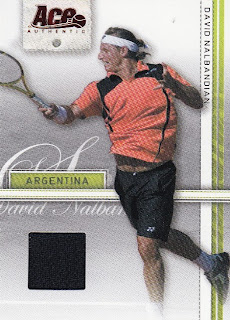 Oh well... win some, lose some.  I don't follow tennis and have no idea who Mr. Nalbandian is, although he once was the 3rd ranked player in the world (2006).  He's up for trade if anyone is interested. 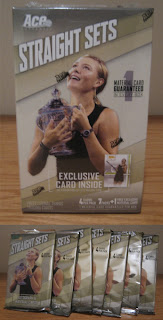 In addition to this relic card, I pulled a few players I recognized.  An insert card of the 4th ranked player in the world:

A base card of the 2nd ranked player in the world, along with Enrique Iglesias' girlfriend:

And two new additions to my Japanese PC:

This box wasn't a complete bust.  If anything, it was at the minimum a nice reminder of why I don't bust blaster boxes and/or tennis products.

Happy Sunday and sayonara!
Posted by Fuji at 11:47 AM