One of my favorite movies from the 80's is Goonies and honestly... the best thing about that classic film is Jonathan Ke Quan, a.k.a. Data. Okay... so maybe Chunk's "truffle shuffle" is the best thing about the movie... but Data is definitely a close second.
Today some students were hanging out after school and they asked me what were my favorite movies when I was younger. Well... of course Star Wars and several John Hughes films popped up immediately. Then students started shouting out movies their parents liked to see if I had seen them and The Goonies entered the conversation.
I told them that I was their age when I saw it... right around middle school... and was a huge fan of Data. I mean... what's not to like? The kid was hilarious with the heavy accent and all of those gadgets. MacGyver had nothing on Data.
If you're not sure what I'm talking about... here's one of my favorite clips from the movie:
Then... I remembered that I picked this bad boy up a while back: 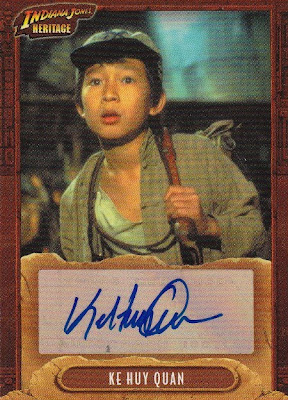 Sorry... it's not Data. But it is Short Round from Indiana Jones and The Temple of Doom, which was his first major film.
I'm not finished hunting down Data. One of these days... I'll get my hands on this cool action figure: 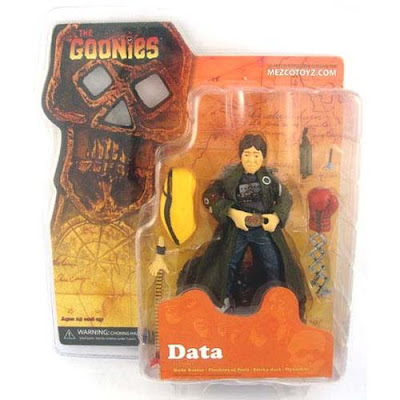 I've seen these on eBay for a little over $20... but I'm not ready to dig that deep into my wallet. If I'm lucky... maybe you'll see this in one of my flea market finds.
Until then...
Who's your favorite Goonie?
Happy Tuesday everyone... time to eat and watch The Goonies. Sayonara!
Posted by Fuji at 6:01 PM

Data has to be my favorite Goonie, I'm a huge 80's movie sucker too. I grew up loving Indiana Jones, Tremors, The Labrynth, Dark Crystal, Legend, Top Gun, Ruskees, Gremlins, all that stuff.