It's been over 70 years since Joe DiMaggio set the record with his MLB record... 56 game hitting streak. 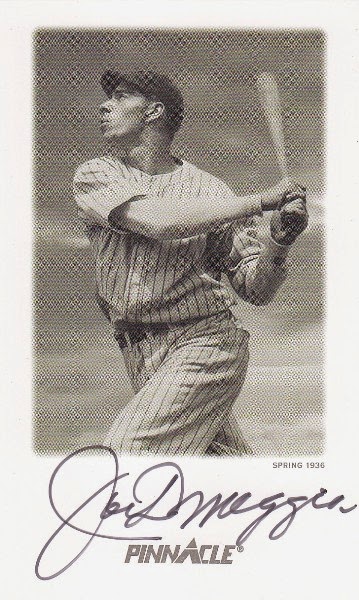 And over the years, I've read numerous articles discussing how amazing his feat was.  You'll often see it listed among sports records deemed unbreakable.  Pete Rose is the only other MLB player to collect a hit in 40 games or more since 1941 and he fell 12 games short of tying DiMaggio's record.  Specialty pitchers and media pressure are two of the most common reasons many... including myself... think this record will stand the test of time.

That's why two months ago, I decided to pay homage to The Yankee Clipper.  Back in early March, a friend of mine convinced me to purchase a Jawbone UP24.  If you're not familiar with this device, it's a bracelet that monitors your daily activity.  It gives you an estimated count of your daily steps, calories burned, and minutes slept.

Now before you judge me and say these gadgets don't work, I'll go ahead save you some time.  There's no way that this thing is 100% accurate... but neither are Beckett price guide values.  Like I said... it gives people an estimated count.  And that's exactly what I wanted when I purchased it.

Anyways... getting back to Joltin' Joe... I decided that I wanted to walk 10,000 steps for 56 days in a row.  I figured the goal was a realistic, but challenging.  Most importantly... it was going to motivate me to get off of my butt and exercise more.

It turned out to be a lot harder than I originally envisioned.  My typical day at work involves me taking anywhere from three to five thousand steps, which means that I'm left to make up five to seven thousand when I leave school.  I quickly calculated that 10 minutes of me walking briskly around my neighborhood park is approximately 1,000 steps.  That meant I had to walk about an hour a day after work to reach my goal.  No problem.  Nothing I couldn't handle.

Sundays were also covered, because that's when I hit up the Capitol Flea Market.  It actually motivated me to go back and walk around two or three more times.

But Saturdays were a completely different story.  No work and no flea markets (except for the monthly on at De Anza) meant that I had to figure out other entertaining ways of getting my steps.  There was one Saturday that I didn't leave my house until 4pm.  That day I had to walk almost two hours around my neighborhood to reach my goal.

There were other obstacles too.  On several occasions, I had to walk around the park while it was pouring rain.  In the beginning, I had multiple blisters on the balls of my feet.  Then there were those days I had to deal with severe allergies and headaches.  And sometimes you forget that you have outside obligations like dinner plans, Open House, road trips, and other activities that make you shuffle things around so you can gather your steps. 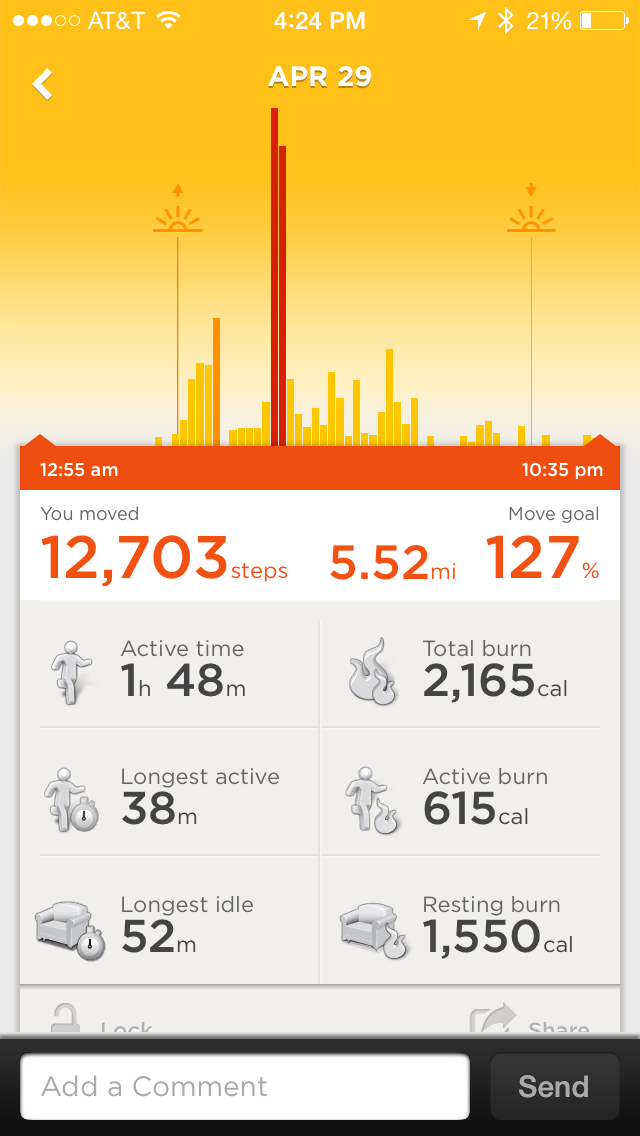 Then on Wednesday, I forced myself to walk in ninety-five degree heat in order to stretch it to 57 days.

I know that it's not exactly an "unbreakable" record like DiMaggio's, but it's definitely something I'm proud of.  So when does it end?  Who knows.  Regardless of when it ends, my new goal will be to reach 10k steps a minimum of five days a week... which is a lot more steps that I took before I bought this silly looking bracelet.

What are some personal goals you've accomplished that you're proud of?

Happy Friday and sayonara!
Posted by Fuji at 9:00 AM