I Gambled and Lost

A few weeks back, I noticed a few fellow bloggers writing about Leaf's latest gimmick involving Johnny Football and decided to join the club.

The concept was simple.  Leaf produced Johnny Manziel draft predictor cards.  There were a total of 41 cards made for each NFL team and if you received the team that drafted Manziel... you could redeem your card for his autograph.

By now you've probably heard... the Cleveland Browns completed a trade with the Philadelphia Eagles and grabbed Johnny.  Oh so close... but no cigar.  Oh well.  Three more overpriced conversation pieces added to my collection.

On a brighter note... I recently received my 1996 Topps Laser (Series Two) Bright Spots set in the mail: 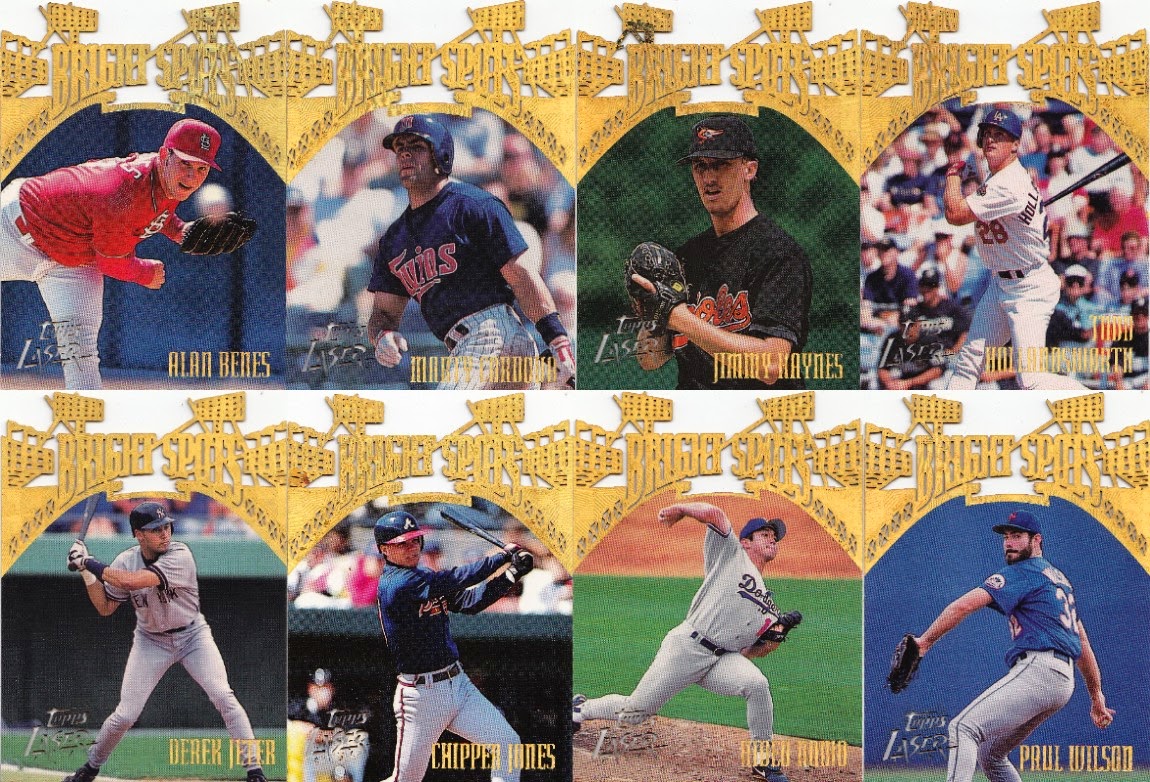 Just like Johnny Football there are going to be fans of this product and people who think it's a little "over the top".  Regardless... it's hard not to appreciate the intricate detail put into this product.  Here's a closer look at the Derek Jeter: 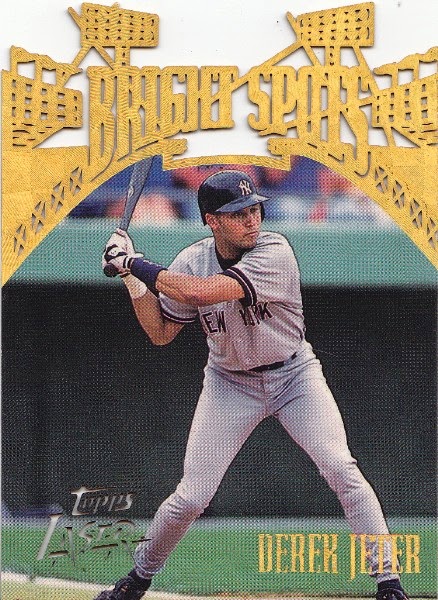 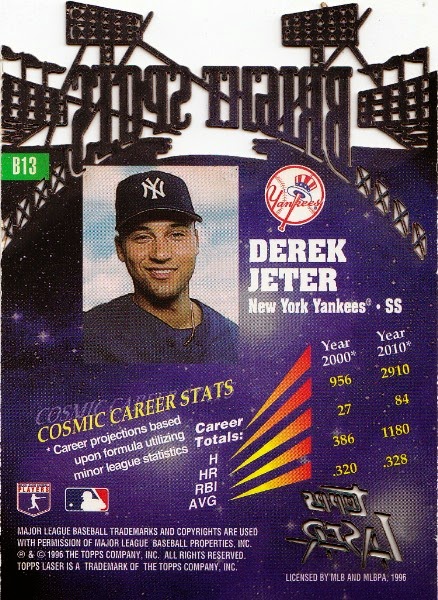 Topps analysts did a pretty good job with Jeter's projections.  They were only 16 hits under their prediction and 45 RBI's over.

Okay... it's getting late, I'm getting sleepy, so I need to wrap things up.  In short... I struck out with the Manziels... but hit it out of the park with these Bright Spots.

Hope all you are having a great week.  Happy Thursday and sayonara!
Posted by Fuji at 9:15 PM