It finally cooled off in the Bay Area and the timing couldn't have been better.  I decided to set up at the Branham High School Flea Market on Saturday in an effort to put a few dollars in my pocket, while doing a little Spring cleaning.

My buddy and I spent a little over 7 hours out there and I made a little over $20.  My buddy?  He walked away with less than $10 in sales.  Combined we barely covered the $25 fee they charged for the spot.

Luckily while were were there, I made a purchase that will hopefully pay off in the long run, plus added a few items to my collection.  Let's check out my purchases...

When:  Saturday, May 17th
Where:  Branham High School Flea Market
What:  Sports Cards and a Bobble Head
How Much?:  $28

Remember the guy who sold me the 1975 Topps Minis earlier in the month?  He set up right next to us, so I immediately went over to see if he had anything new.  The first thing that caught my eye were these 1970 Topps Scratch-Offs.  The lot contains 21 cards that are completely intact (no boxes scratched or writing), but unfortunately some of these were poorly cut.

The cards are little foldouts that were inserted into packs and intended to be a game for collectors.  The twenty-four cards in the set were made up of the twenty-four team captains around the league.  There are nineteen different cards in this lot, so I'll probably go ahead and chase down the final five. 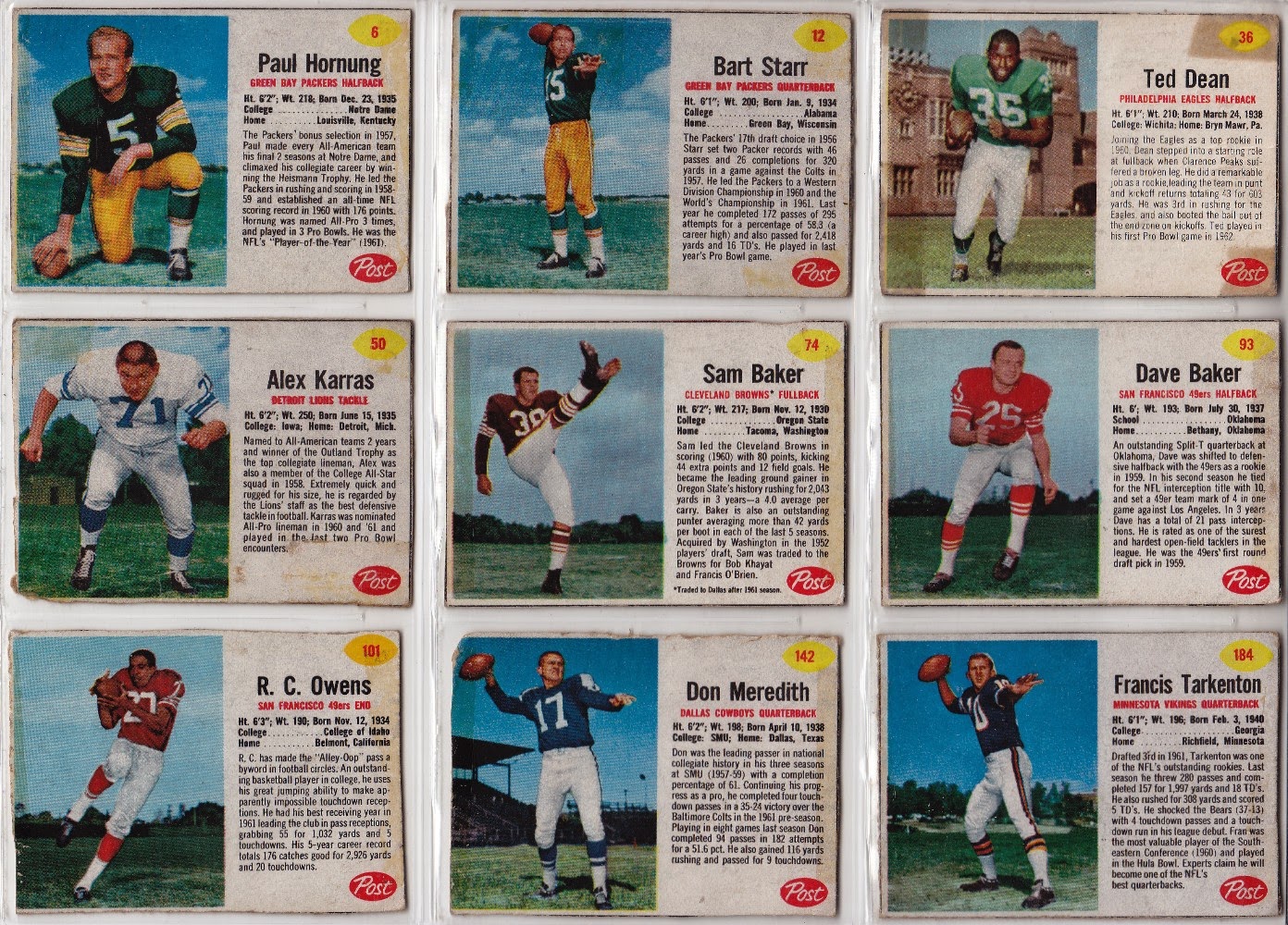 The guy also had a bunch of vintage Post cards.  At first glance these nine cards don't look like anything special.  Most of them are miscut and they all have tape stains.  But after doing a little research, I found out that the Sam and Dave Baker cards are pretty rare short prints and sell for decent money on eBay.  The Tarkenton is pretty cool too, since it was produced the same year as his rookie card.

Although I don't typically purchase cards with the intention of flipping... I'll probably sell a few of these and buy something nice for my collection.

Wondo is pretty popular among Bay Area soccer fans... as he should be.  He's led the league in goal scoring twice over the past five seasons and tied the single season goal scoring record in 2012.  This bobble honors that accomplishment.

I saw it earlier in the day and the guy wanted $10 for it.  It was a fair price (since they go for around $15 to $20 on eBay), but I hadn't made any sales yet.  I stopped by again in the afternoon and the vendor offered it to me for $5.  I told him I'd think about it and he immediately dropped it to $3.  He left me no choice but to crack open the wallet.

Oh... and I also did a little bartering with my buddy.  I brought a few jackets to sell and since it's almost summer, nobody was buying them.  So my buddy offered me these two cards for three of my Nike track jackets:

He definitely got the better end of the deal in terms of value, but at least I don't have to worry about storing them anymore.

Well that's about it.  I hope all of you have a great week.  Happy Monday and sayonara!
Posted by Fuji at 3:00 PM