A Pleasant Surprise From My Past

These days... I rarely pick up a basketball and I never watch any NBA games (except when I attend the occasional Warriors game).  As for collecting... I'll pick up a basketball card every now and then.. but only if the price is right.  It's pretty safe to say that basketball is my least favorite sport to collect.

However I recently took a trip down to Vegas to hang out at my parent's place.  And while I was there... I decided to spend an afternoon flipping through my collection and scanning a bunch of cards for future posts.  Among them were a handful that I had completely forgotten about... including three autographs of this year's MVP... Mr. Kevin Durant: 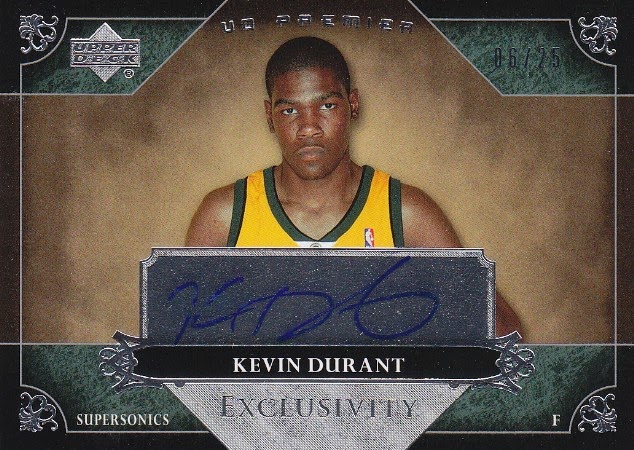 Durant has been a star since he arrived on the scene seven seasons ago.  He's already four time scoring champion, five time all-star, and one of the most popular players in the league. 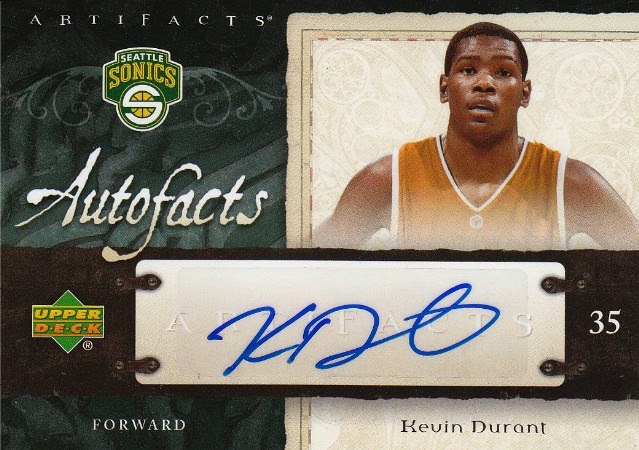 Which brings up the question... how the heck did I let these cards slip from my memory?  Heck... I'm not even sure how I acquired them.  Did I pull them from packs?  Buy them?  Trade for them? 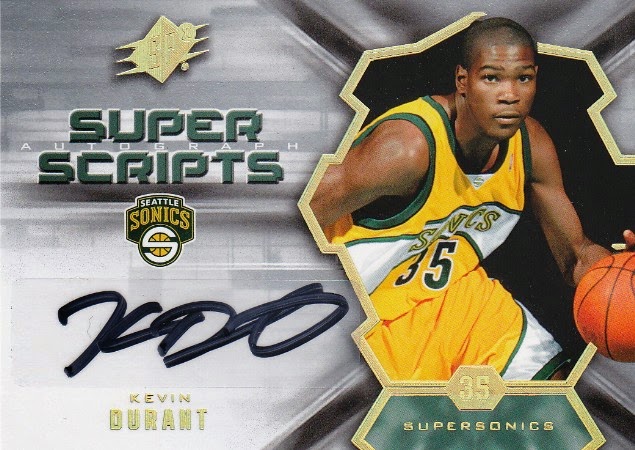 I guess all that really matters is that I now know about them.  And after a quick look on eBay... it's good to know that I have a few extra dollars if I ever need it.  They're easily three of the higher end cards in my collection.

What are some cool, forgotten cards you've stumbled across in your collection?