I've made some key changes in the way I collect the past few months.  Lately, I've been targeting mostly vintage cards and hard signed autographs for my collection.  Who knows how long this trend will last, but that's currently what I've been craving.  Most of the vintage cards I've purchased have been pretty good deals.  However the autographs have definitely sucked up a big part of my cardboard budget.

In fact, not only have I used up my hobby budget three months in a row... I've actually been going over it by a few dollars each month.

Unfortunately... this month is no exception.  With a few days still left in the month, I'm already $8.57 over my budget and there are several auctions I've targeted on my sniper program that end this week.  That's why I knew in advance that I would need to keep my wallet in my pocket this past weekend, when I walked around the Capitol Flea Market.

Some of you might be wondering... what's the point of going to the flea market if you're not going to buy anything?  Well... believe it or not... shopping is only one of the reasons I go to the flea market every weekend.  I also go out there to walk around, interact with people, and get some fresh air.  Plus... it's also entertaining to see what people are hoping to get for their stuff.  I took a bunch of pictures of overpriced items this past Sunday, but ended up narrowing things down to three items. 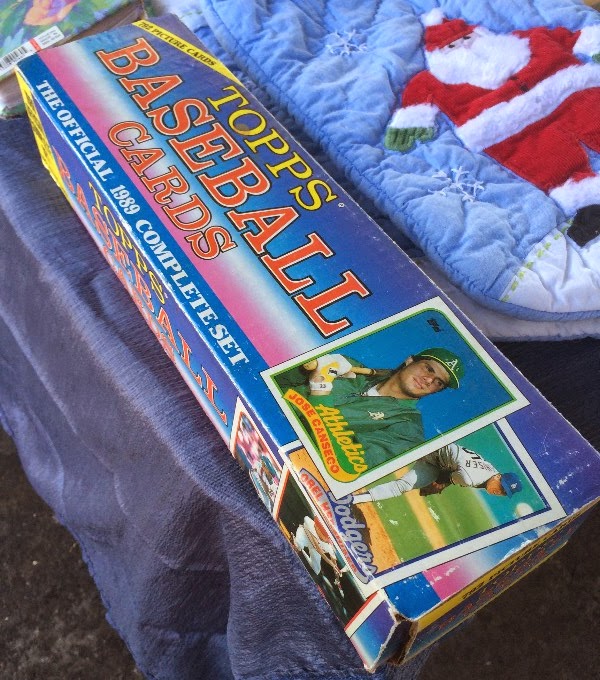 I actually bought this set twenty-five years ago and probably paid $20 to $30 for it.  These days, I wouldn't pay $10 for it even if it was factory sealed.  This particular set had about 100 cards missing from it.  I'd be surprised if someone is willing to give the guy $5... let alone $10.

Another vendor had the same exact set, plus a 1987 Topps Baseball set.  According to the guy, both sets are complete.  He even mentioned that these were a steal, because I'd end up owning a Barry Bonds rookie card.  I guess he doesn't realize that you can buy an 87T Bonds off of COMC for 35¢. 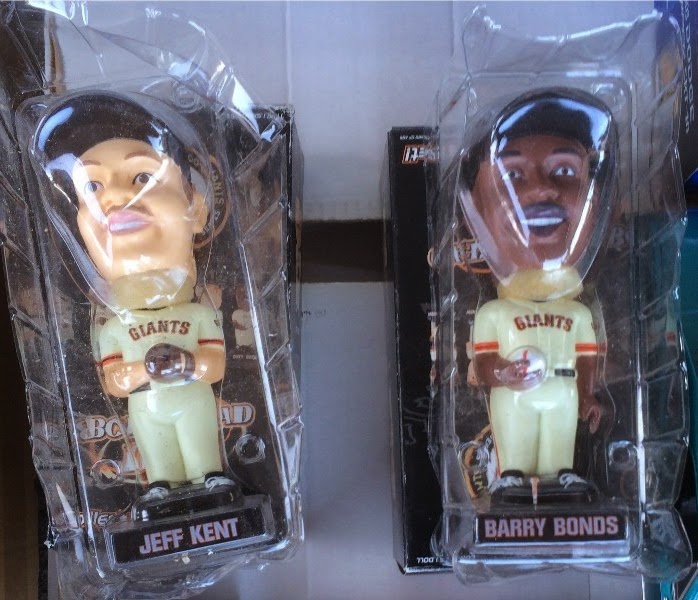 Believe it or not, I actually was interested in this Bonds bobble.  I've seen them at Capitol in the past, but this is the first time I've seen someone ask this much.  Usually vendors want $5 to $10 for them and since I still don't own one, you can probably figure out how much I want to spend.

There's definitely an aftermarket when it comes to San Francisco Giants stadium giveaways.  I have seen these for sale a few times and people usually want $20 to $40 for them.  I offered the guy $10, because the box is wrapped in tape, has water damage, and doesn't come with the styrofoam padding.  He countered with $15, but I told him $10 was the most I was willing to spend and he accepted.

On my last leg of the flea market, I ran into one of my former students.  His family was selling a bunch of stuff... ranging from clothes to furniture to toys.  I ended up buying from him... 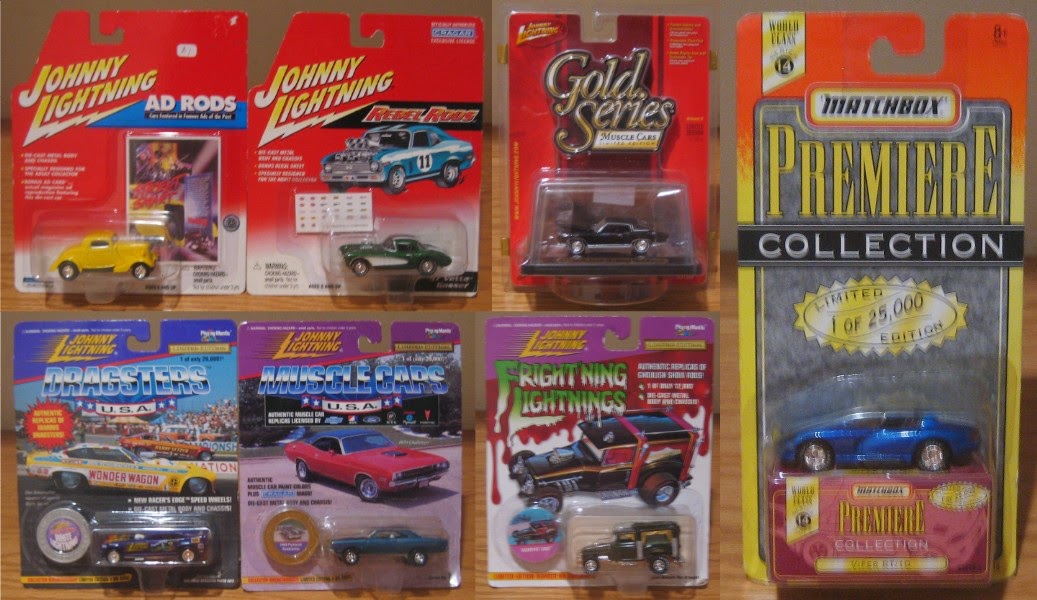 I've never been into Hot Wheels or die cast vehicles in general, but a few years ago my buddy told me to buy Johnny Lightning cars if I ever found them at reasonable prices.  My former student offered them to me for a buck each.  Or I could take all seven cars for five dollars.

He also had this 2003 President Ronald Reagan 12" talking action figure: 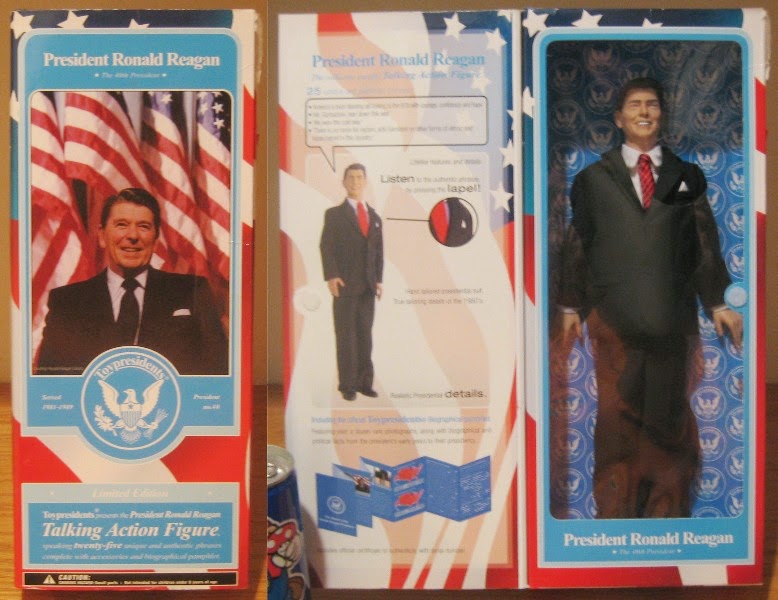 He threw it in for three bucks, since I was going to purchase all of the cars.  If I didn't know the guy, I probably wouldn't have purchased this stuff.  But I figured it was going to a good cause.  And maybe... just maybe I'll be able to flip them when I set up at the De Anza Flea Market in two weeks.

That's all I've got for today.  Happy Wednesday and sayonara!
Posted by Fuji at 9:00 AM