Box Busting Isn't For Everyone

I've been collecting off and on for the past thirty-three years.  And up until a few years ago... busting boxes of sports cards was one of my favorite things to do.  The excitement of tearing into the wrapper and seeking that certain card.  Maybe it was the case hit.  Maybe it was the final card for the set I was building.  Either way... it was worth every penny.

As soon as I'd cash my paycheck, I'd head straight to the local card shop, and have my very own cardboard party.

Then one day I woke up and something changed.  The entertainment factor and card values weren't adding up to the cost of the box break.  I reevaluated the way I purchased my cards, completely switched gears, and made the decision to stop purchasing boxes and started spending my money on singles and sets I wanted.

I decided to let others enjoy the risk and reward factors of box busting, while I enjoyed saving space and hand selecting cards for my collection.  It was a win/win decision.  But every now and then, I'll still get that itch.  And a few weeks ago, I relieved it with this box of 1993 Ted Williams Baseball: 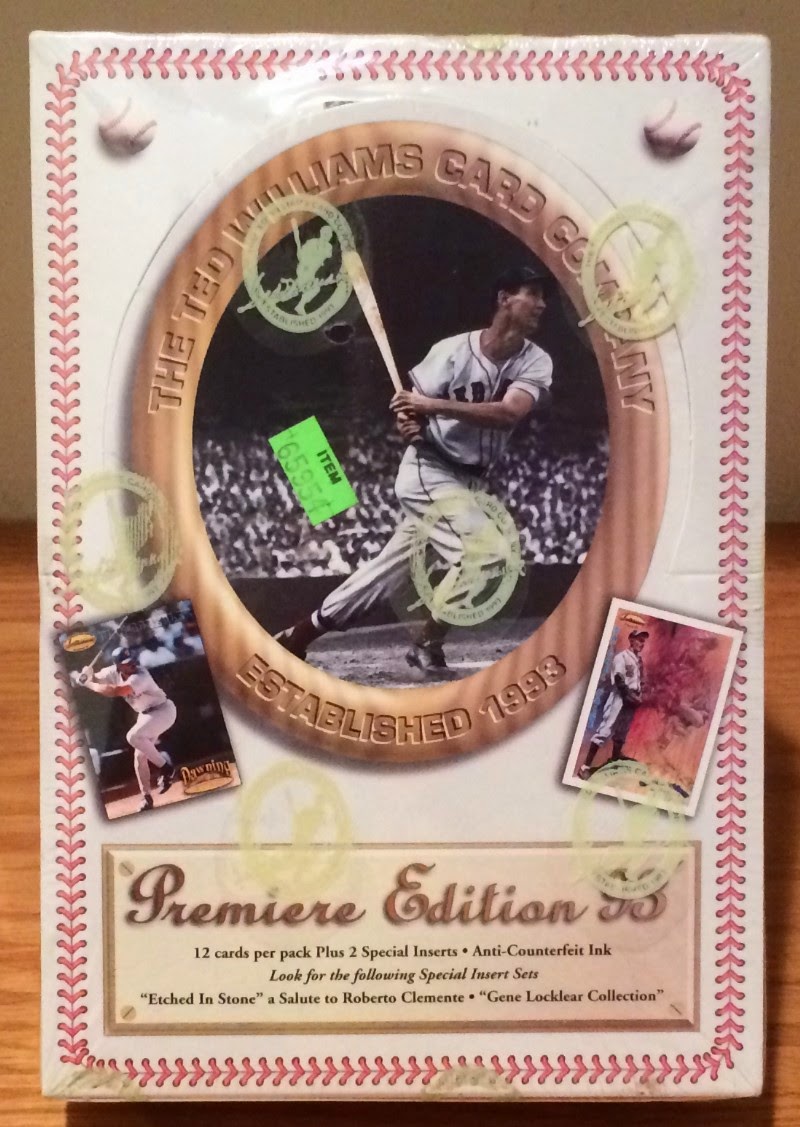 I found it on eBay and the guy accepted my $25 (shipping included) offer.  For those of you who aren't familiar with this set, it was the Ted Williams Card Company's inaugural release.  The 160 card set consists of former MLB, Negro Leagues, and All-American Girls' Professional Baseball League players and was printed on UV-coated card stock.

Here's a look at the Steve Carlton's base card:

I really enjoy the standard issue base card's dual image design and the awesome information on the card backs.  They include statistics from the player's five best seasons, along with a small biography supposedly written by Ted Williams.

Back in 1993, I had never held any cardboard featuring players from either of these leagues.  It's one of those things where I probably didn't appreciate it that much twenty years ago, but today this is one of my favorite parts of the set.

My goal is to build a master set of this product and display it in a binder for easy access.

The box I purchased yielded a complete base set, as well as a complete set of POGs:

Each pack contained one 2-POG card and there are a total of twenty-six different cards.  These are definitely a sign of the times, because I can't imagine any company trying to bring these back.

In addition to the POGs, there were two more insert sets:

This beautiful insert set features the artwork of Gene Locklear and is printed on matted card stock.  There are ten cards in the set, but I only pulled three of them (#6, #7, and #8).  Luckily they're pretty cheap, so as soon as COMC gets their site back to normal... I should be able to complete my set.

The other insert set is a tribute to Roberto Clemente.  They're very similar to the Upper Deck's Heroes inserts that document a player's life.  It's also a ten card set, but they were a little easier to pull.  I already have half of the set (#6, #7, #8, #9, and #10).  Now I just need to track down the first five cards.


Is 1993 Ted Williams Baseball your cup of tea?


Do you consider yourself more of a box buster?  A set/singles seeker?  Or a 50/50 type of person?  And have you always been that way?