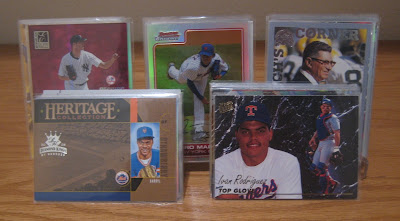 One of the best things about going to card shows is sifting through people's bargain bins. It's pretty common to see guys selling singles for a dime a piece... but it's not often they include parallels, inserts, and rookies among those cards. So when I came across this guy's table on Friday night, I knew I had to go back on Saturday and look through his cards. Unfortunately, I was on a tight schedule... so I had to rush through... and in the end I only picked out 50 singles for $5.

I won't bore you with all of my findings. Instead, I'm here to show off my top 10 (actually 11) singles from this purchase. The list is based on which cards I like the most... and are not necessarily the cards with the highest book value. So... without further adieu... here's my list: 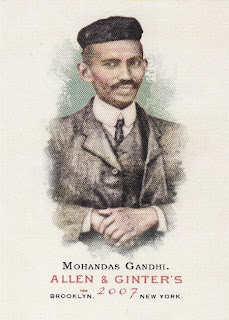 I've always been a fan of A&G, mainly because of their non-sport cards included in the set. I knew I wanted this card as soon as I laid eyes upon it. Gandhi practiced non-violence and advocated that others should do the same. 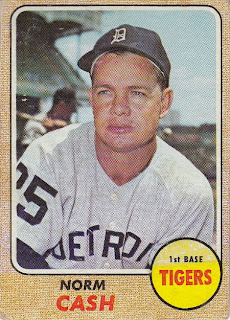 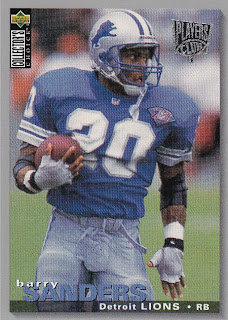 I thought of Ice Cube as soon as I saw this card and not because of the way Barry froze defenses. It makes me want to sing We Be Clubbin' (beware explicit lyrics). 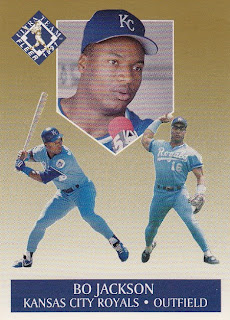 Two sweet additions to my Ed Reed PC... and it only set me back 20 pennies. 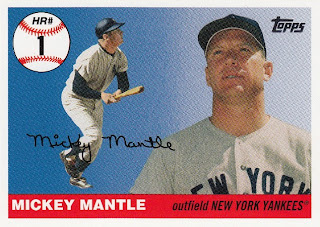 I don't like the Yankees and Mantle played before my time. Add the fact that I find inserts documenting home runs annoying and you're probably wondering why I like this card. Well if there's one card I'd want, it'd be the one documenting the first one he hit. Yippee! 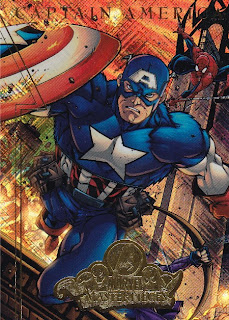 Easily the coolest looking card I picked up this weekend. In person, the Captain is popping out of this card. As if I didn't have enough projects... I'll definitely be building this set. 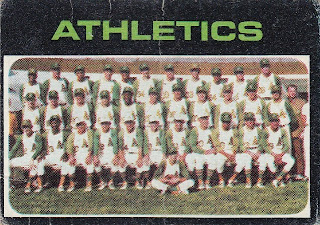 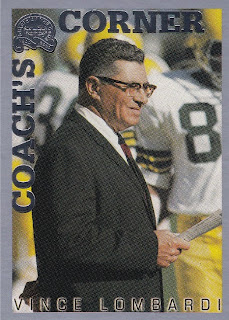 I've been looking for a decent Lombardi card to go on my Packers' shelf. Since I can't afford the Pro Set Lombardi Trophy hologram... this will have to do. 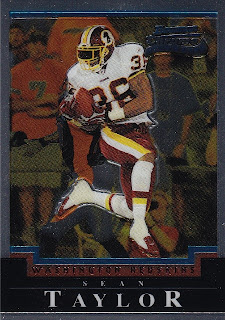 By the way... if you're curious here's a summary of the other cards in the lot. One of my favorite parallels is the "refractor" and I picked up a ton of them for ten pennies a piece. Here are just a sample of players I found: Dwight Freeney, Tony Gonzalez, Anquan Boldin, Reggie Wayne, Michael Strahan, Shaun Alexander (Seahawks PC), Terrell Owens, Steve Smith, Bobby Crosby (A's PC), Pedro Martinez, Tom Glavine, Alfonso Soriano, Jimmy Rollins, Jake Peavy (Padres PC), Jeff Bagwell, Zack Greinke, Tim Hudson (A's PC), and Mark Mulder (A's PC).

In addition to the refractors, there were a bunch of baseball and football inserts from the 90's and 2000's.

Oh... one more thing. I recently told one of my friends about my blog and she wanted to a part of it. So, I figure I'd share an awesome quote of hers. But before I do... here's a quick summary of my Sunday afternoon leading up to her famous words.

I was hanging out with my friend's family yesterday watching the Little League World Series and the Giants game. Remember the free cards from the Craigslist haul a few weeks back? I brought one of the boxes and gave it to my friend's nephew. He seemed to enjoy them, although there weren't a lot of stars or San Francisco Giants. The two of us sat around... looked through them and played "find the funniest photo", along with who has the "funniest name". It was just like when I was a kid with my neighborhood buddies. I also explained "batting average" and "earned run average", so he could distinguish the good players from the average players. If we're lucky... we might just have a new member of the cardboard club.

The ladies in the house obviously weren't interested in cards. Instead they focused on makeup. My friend's niece just started high school and all of the women were excited about shopping for makeup and testing it out. I'm guessing it's some sort of "rite of passage" or something. Anyways, later in the evening... as I was putting my shoes on to go home, I hear my friend's sister tell her daughter...

Is this an awesome quote or what? It's now one of my personal favorites.

Secret Squirrel... if you're reading this. Here's the shout-out you were looking for. I personally think you should copywrite this quote and produce t-shirts or bumper stickers with this and a picture of a "cake face" girl. You truly have a knack for words.

Everyone else... I have two questions for you.

What's the coolest card you've picked up for less than a quarter?

Well... I hope everyone has a wonderful week. My birthday is just around the corner and I'll be busy the next few days, so forgive me if I don't post until Friday or Saturday. Sayonara!

I always liked "If life hands you oranges, make lemonade." It's a play on the lemons quote but makes it even more optimistic for me - even when life throws you a curveball, you can make the best of it.

A friend of mine says "If life gives you lemons, fuck the lemons and bail." That's nice too.

It'd probably be a Carl Yastrzemski Masterpieces off of comc.com

The quote, there are so many but

"There is nothing to fear but fear itself!" - FDR

On aging:
"The days run away like wild horses over a hill" (Bukowski)

I've always enjoyed "If you're bored, you're boring." I first heard it in a Snoop Dogg song, so I give him credit. It says so much - if you can't find ways to entertain yourself, then how can you expect to entertain others. I try to live by it, and I can find strange ways of amusing myself. I have an awesome imagination.

My best quarter-or-less find? I've never had any super grabs, though I pulled several great cards this past weekend. I love the Piazza Spellbound cards I just posted. If you talk $1 or less, it's the just-under-a-buck printing plate I picked up at a show last month.

I know you like the Bo card, but boy that '91 Ultra set was ugly, especially when you compare it to every other Ultra set ever released.

Outside of a Dog, a book is man's best friend, inside of a dog, it's too dark to read! ~ Groucho Marx

my favorite dime card has got to be one of my Moyer from his Mariner days.

I would have said one of my Topps million give-a-ways, but with shipping, they cost way more than a quarter!!

I've always liked the quote "He who laughs, lasts."

As for for cards under a quarter, I'm not positive. I don't have the luxury of looking through bargain bins. I recent got a Brett Gardner rookie on eBay for under a quarter...pretty sad when eBay is my bargain bin.

thanks for the redskins love with the sean taylor sighting

- potch - Thanks... I was excited to find the Cash in his box

Ryan G - A printing plate for less that a buck? Awesome!

the lost collector - you can add your quote to the list of great quotes: "it's pretty sad when ebay is my bargain bin".

markz - no problem buddy... i'm a huge fan of this card... can't believe i picked it up at this price.