Our heritage, physical appearance, and personal beliefs are all things that make us special, unique, and who we are.  It's something that should cherished, embraced, and celebrated.
This is a message I try to deliver to all of my students, because the world would be a much better place if we learned to accept and appreciate each other instead of resent each other.
And although sad and upsetting stories often highlight the news... it's nice to see more and more people and organizations out there who are working toward accepting others for who they are.
Earlier in the week, the Oakland A's sent an email to their fans announcing they will be celebrating Glenn Burke Pride Night this evening. 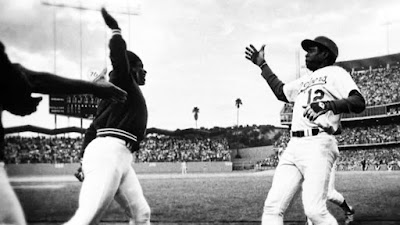 If you're not familiar with Mr. Burke, he's known for inventing the high five with Dusty Baker on October 2, 1977.  He was also the first openly gay player in MLB history. 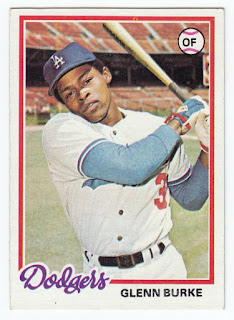 1978 Topps #562
Based on this ESPN video, he was the life of the party and well liked by his teammates in Los Angeles.  However he was traded to Oakland for Billy North early in the 1978 season and according to Baker... it was because he was gay. 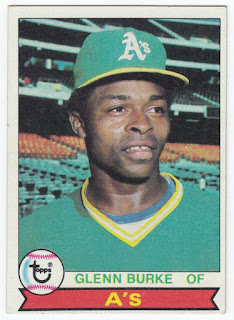 1979 Topps #163
In Oakland there were rumors that Billy Martin wasn't a fan of Burke's sexuality and may or may not have introduced him to the team using a derogatory term.  An injury supposedly ended his MLB career.   A year before he died in 1995, he told the New York Times that "prejudice drove me out of baseball sooner than it should have". 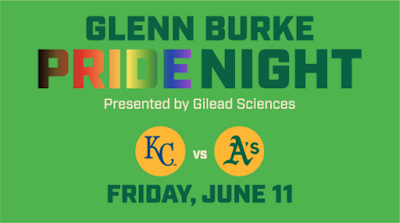 Twenty years after Burke passed away, the Oakland A's held their very first Pride Night.  Six years after that, they made the decision to rename their annual Pride Night after him.  It's sad that he didn't have the opportunity to live long enough to see the positive impact he made on the game of baseball and their relationship with the LGBTQ+ community.
But I hope he's looking down with a smile as humanity is slowly making progress.
The world may never be a happy family, but that doesn't mean that each of us can't do our part and stand up for equality for people of all ages, genders, ethnicities, religious beliefs, and national origin.  I promise to try my hardest to do my part.
By the way... I truly believe everyone has the right to their own opinion.  This post was not meant to antagonize, preach, or offend.
Happy Friday and sayonara!
Posted by Fuji at 5:00 PM