The older I get... the less attracted I am to the gambling aspect of card collecting.  A few years ago, I enjoyed the thrill of busting boxes in hopes of pulling "the big hit".  These days... I'd rather spend my hard earned money on hand picked singles for my collection.

However... Dave & Adam's lured me back to the dark side with two items I have wanted for a few years.  The first item is an autographed baseball that I'll share in a future post.  The second item is this black San Jose Earthquakes soccer jersey with their old logo: 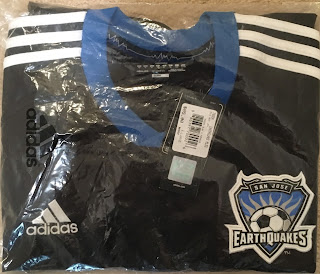 With those two items sitting in my shopping cart, I decided to pick up a few boxes to take advantage of the free shipping.

The bulk of my money was spent on this 10 blaster box lot of 2011 Panini Americana: 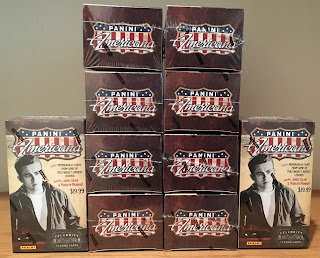 And of course, I had to have at least one box of baseball to break.  I considered picking up a few different 2016 Topps baseball products, but settled for a pair of logoless Panini boxes: 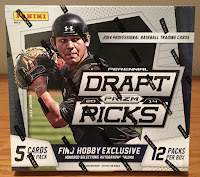 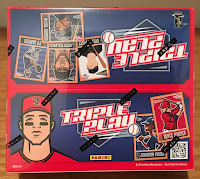 These two boxes are obviously "low risk/low reward" options, but for under $24... it provided me with about 30 minutes of entertainment last night.  Which brings us to the second course of today's smörgåsbord.

I debated on busting all thirteen boxes in one sitting, but ultimately... I set aside the Panini Americana blasters and the Napoleon Dynamite box for another day.  Then I grabbed the 2014 Panini Draft box and went to work.  Here are the highlights:

I'm not a big prospect guy, so I was hoping I'd pull an autograph of at least one guy I recognize.  I did.  But it wasn't any of these three guys.  I might have seen Cole Tucker's name in a Bob Walk the Plank post.  And I'm sure I've heard Zimmer's name at some point, since he's the Tribe's top prospect. Unfortunately if you asked me about either of these guys before the box break, I wouldn't be able to tell you anything.

On the other hand, I do know who Michael Conforto is... and I pulled a redemption card for his autograph in the last pack I opened:

Unfortunately... it's expired.  I still attempted to redeem it.  Only time will tell if Panini takes care of me.  For all of the prospectors out there... here are the other hits from the box: 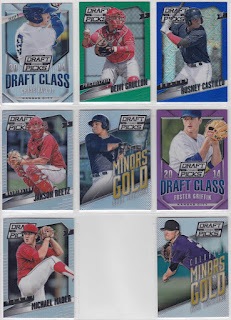 The only other guy I recognize is Rusney Castillo, but he hasn't really lived up to the expectations many people had for him.

Overall... this box was okay.  At least I pulled something I can eventually send over to Woody (@ CCW) and Matthew (@ Bob Walk the Plank). 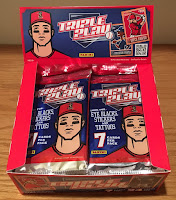 The other box I busted was 2013 Panini Triple Play.  In my humble opinion... this product is garbage. I guess if you're a five year old kid, it'd be okay.

I was able to build the 90 card short set: 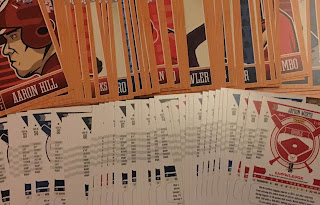 I found an Altuve insert I didn't own (he's hiding under Adrian Gonzalez): 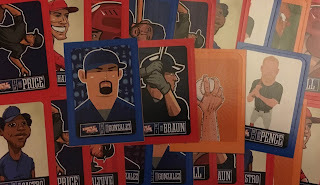 I also pulled an Ichiro insert I needed: 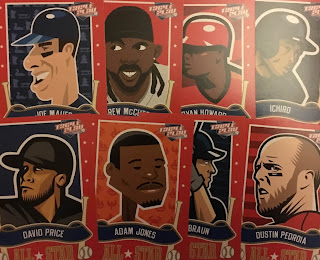 The rest of the box is a bunch of blah... 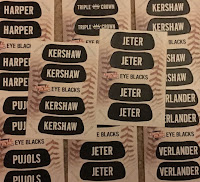 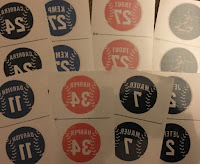 These days, I pretty much root for any Bay Area college team.  But in the early 80's... I was a big Washington Huskies football fan... thanks to my cousin Keith who attended UW at the time.  I'm sure he's probably celebrating today after finding out they'll be headed to Atlanta to face Alabama in the Peach Bowl.  Go Huskies!

I have an important post regarding the Super Trader's group set for Tuesday.  Until then...

Happy Sunday and sayonara!
Posted by Fuji at 12:00 PM