Back on Valentine's Day, cardboard blog readers were treated to something exceptionally special over at Baseball Card Breakdown when Gavin revealed his Pretty Girls set.  This custom card set included beautiful actresses, singers, and even the hottest wrestler I've ever laid eyes on... using the Allen & Ginter mini format that many collectors have grown to love and cherish over the years.

A few days later he kicked off a contest in celebration of his 700th post and offered up one of these sets as a prize.  In addition to this set, he offered to create a custom card for the winner.

It's pretty normal for people to want to win a contest.  Heck... who doesn't want to win free stuff?  But the fact is... not all contests are created equal.  And this particular contest caught my attention, because if I won, I'd finally own a card of the gorgeous Grace Park. 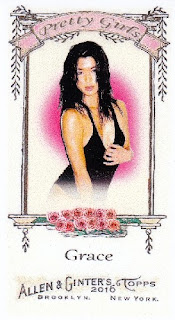 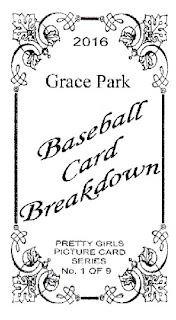 Some of you may recognize her from CBS's Hawaii Five-0... but I first saw Park on Battlestar Galactica, when she played Sharon Valerii and a bunch of Cylons known as Number Eight.  The show itself was pretty cool, but she definitely made the show a tad bit better.

I'm not exactly sure where Gavin got this image of Park, but if it's from Hawaii Five-0... I might need to start watching it.


Here's Park with the other eight Pretty Girls in the set: 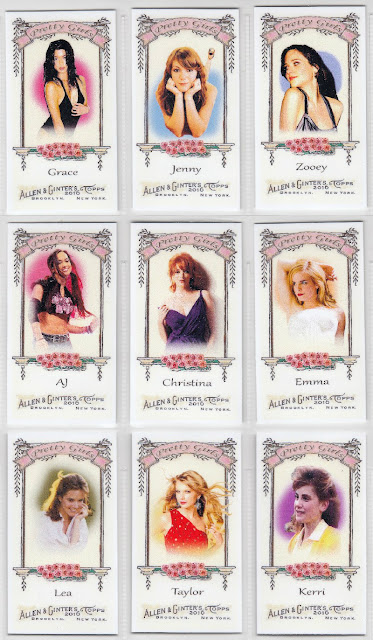 Obviously Gavin did a great job with these custom cards.  They look absolutely awesome.  I also love how there are a mixture of old school and new school ladies in the set.  Outside of Park, I'd say AJ and Kerri are my personal favorites.

If you are familiar with Gavin's contest... then you know that this was only part of the prize package.  However... I'll share the other cards in another post.  Today is Grace's day to shine.

Thanks Gavin for the awesome set... and especially the custom card.  You're an amazing blogger and custom card maker.  If anyone is interested in purchasing a set like this, he is selling them for $25 each and singles for $5 each.  You can contact him through his blog: Baseball Card Breakdown.