Final Piece of the Puzzle

A few years ago, someone wrote a blog post about that "last" card needed to complete a set.  Can't remember who or when that post took place.  I feel like there was even a catchy term that described that final piece of the puzzle.

Hopefully one of you will remember and leave the link down below in the comment section.

***UPDATE***  After reading this post and some comments down below, the credit goes to Night Owl and his One-Card Challenge.

In the meantime, I thought I'd share twelve sets I'm building that are one card shy of completion.  Most of the cards are valued at a buck or less, but there are a couple that might set me back a few extra dollars.

After years of accumulating Comic Ball holograms, I finally decided to sit down and organize them.  I'm also building the Comic Ball 2 hologram set, but I need more than one of those. 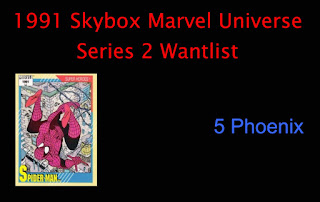 A few years ago, I decided to try and build all four Marvel Universe series sets... and now I'm down to needing only one card.  It's a shame that Sportlots doesn't carry non-sports cards.

Dick Perez fans might appreciate this 90's oversized oddball issue.  I know I do.  I picked up an "almost" complete set last year.  Still trying to track down McGriff.

My friend was attempting to build a 1994 Fleer baseball master set.  Eventually he passed the torch to me and I'm down to needing three cards for three insert sets. 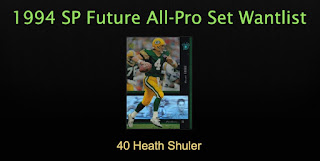 This is a beautiful looking set.  I've got all of the big names.  Now I just need Shuler. 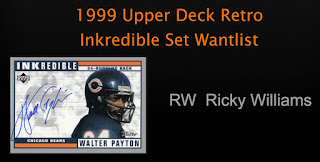 This is one of the two cards I probably won't find in a dime box.  But at least I've already crossed off all of the hall of famers in this set. 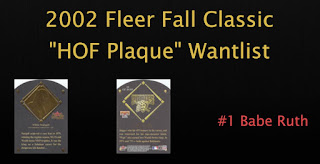 There's a copy of this card online for a little over $3.  Unfortunately, it's on COMC... which means if I buy it... I won't get it until October. 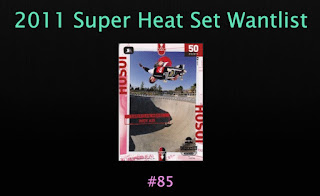 Anyone open up any packs of this product?  I don't see too many people selling singles of this stuff.  This might be the last card I find from this post. 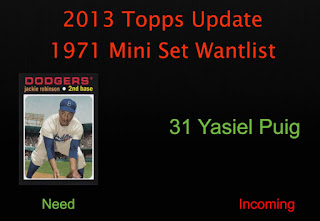 Puig-mania is over.  Now maybe I'll be able to grab an affordable copy of this card.

Well there you have it.  Twelve sets.  Twelve cards needed to complete them.

Are you currently working on any sets where you're down to only needing one card?

Leave your responses below... and maybe someone will be able to help you out.

In the meantime, I wanted to share a few packages I recently received in the mail.  The first one came from Adam over at ARPSmith's Sportscard Obsession.  I've been really hitting Sportlots hard this summer in an effort to complete some sets.  Last week, I purchased two cards from Adam.

When he recognized me as the buyer, he generously refunded the money and sent the cards free of charge. 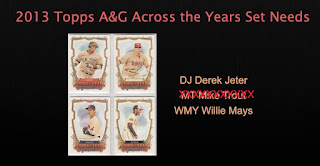 The Posada completes one of the sets my buddy Woody sent me two weeks ago, while the Trout gets me one stop closer to completing the 100 card Ginter insert set.

Thank you Adam!  I appreciate you helping me with these two sets.

Next up are three PWE's from fellow bloggers.  Two are are known for their custom card creating skills, while the other is known for his Big Fun Game.

First up are two cards from Gavin who runs Baseball Card Breakdown:

This card is awesome!  I'm a huge fan of the 1999 Century Legends Epic Signatures set.  It's one of my favorite autographed sets of all-time.  I'm sure Neshek was blown away when he saw and signed Gavin's custom.  I know I was.

Plus he drew this sketch card of Kurt Suzuki:

And if you know Gavin, you know he loves his glow-in-the-dark cards.  After reading the back of the card, I noticed that you can turn off the lights and see this: 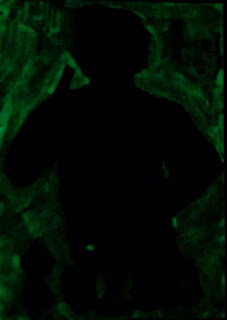 Thanks Gavin!  The Neshek was added to my ever-growing TTM/IP autograph collection, while the Suzuki sketch card was added to the blogger section of my Sports Card Smorgasbord binder.

Next up is another cool custom card:

This custom is right up there with Gavin's in terms of quality.  Only this one was created by Nick Vossbrink who authors the blog:  n j w v.  I'm a sucker for black and white photography, which is why I love this card... and enjoy checking out the photography on his blog.

Nick also sent me this Panini card of Kyle Bellows for my SJSU collection:

Bellows also attended the high school down the street from where I grew up.  Thank you Nick! 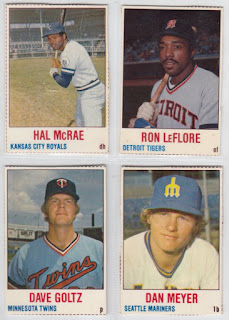 These Hostess cards were my prize for participating in his BINGO game a couple of weeks ago.  John must know how much I appreciate 70's Hostess cards, because he's sent me a few over the years.  Thanks John for hosting these awesome games... and for this generous prize package.

That's it for today.  I still have two more care packages I need to write about... as well as some cards from my recent COMC shipment.  Stay tuned for those.

Happy Monday and sayonara!
Posted by Fuji at 12:00 PM