One of a Kind

When I think of the biggest influences in my life, my parents are obviously the first people who come to mind... followed by other family members, friends, childhood teachers, and people I've met while teaching the past nineteen years.

However the movie franchise, Star Wars, has played a pretty big role in my life as well.  Go ahead and laugh, but I'm totally being serious.

One of those people is my buddy Mike, who recently held a private signing with Jeremy Bulloch, who was the actor who played Boba Fett in The Empire Strikes Back and Return of the Jedi.  Like many Star Wars fans, Boba Fett is one of my favorite characters.  Over the years, I've slowly put together a small collection of his stuff.

Three years ago, Santa Cruz Skateboards produced a limited edition, hand assembled skateboard made of Mapa Burl, Rustic Burl, Walnut Burl, Padoik and Ebony wood veneers.  These skateboards had an MSRP of over $400, but NHS Fun Factory was blowing these out for $99.95 (free shipping) back in February. 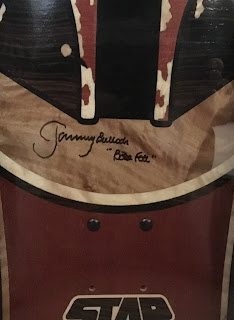 The stars were aligned, because that's when Mike was putting together the private signing with Bulloch.  He ended up signing it in black Sharpie right under Boba's helmet and added the inscription "Boba Fett". 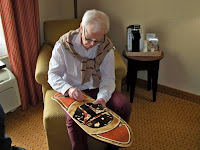 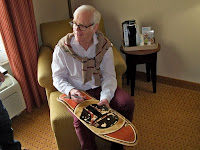 When Mike handed him the deck, he told him that this was the first time he's ever seen this skateboard before.  So I guess it's safe to say it's a "one of a kind" piece of Star Wars memorabilia. 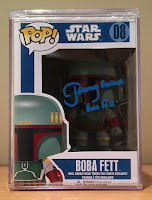 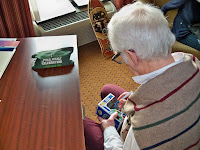 Both of these items are nice additions to my Boba Fett collection that now stands at a total of five signatures: 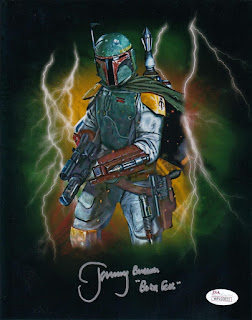 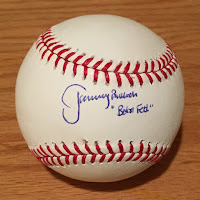 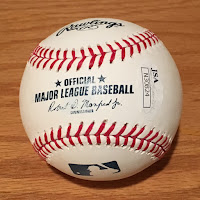 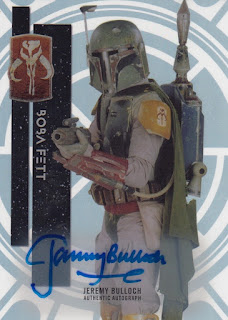 Here are a few of my other pieces in my Boba Fett collection: 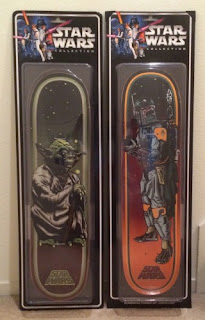 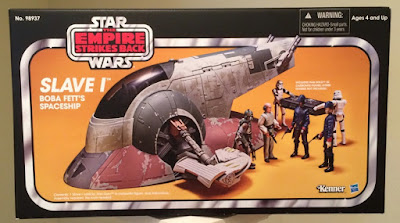 
I also own the 2015 Lego UCS Slave I, but I'm still honing my skills on simpler sets.  One of these days, I'll bust it out and build it though.

Until then... I'll continue to collect Star Wars memorabilia, watch everything and anything that Star Wars related, and celebrate special days like... May the Fourth.