We're already in the fourth week of 2017 and I have yet to set foot in one of my local flea markets. A combination of rain, illness, and a busy schedule has prevented me from attending one of my favorite weekend pastimes.

But that's okay.  Life has been so crazy that I haven't had time to write about my final flea market trip of 2016... until now.

Back in mid-December, I was doing my usual Sunday stroll around the Capitol Flea Market and was about 90% through the flea market when I came across the guy who sold me the 1981 Topps football starter set back in August.  I've actually purchased cards from him a few times in the past.  I'm pretty sure he's one of those guys who buys storage units and flips the excess junk at the flea market. 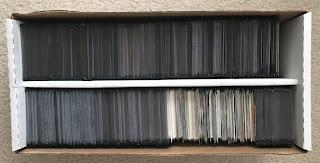 Anyways... he had a shoebox filled with 70's, 80's, and 90's hockey.  I flipped through the stuff and was interested.  I don't know much about hockey cards produced outside of the 90's, but his asking price of $100 seemed a little steep.

I set the box down and walked away.  About fifteen minutes later I ran into my buddy Frank.

Quick side story... Frank was the guy who gave me my first card shop job back in the early 90's.

Anyways... I told him I hadn't found anything worth buying, but mentioned the hockey collection I had just passed up.  He told me he knows the guy and that he'd probably be willing to take $40 for the box.  He also mentioned that there were two Bobby Orrs in the collection that would cover that price alone, so I turned around and headed back over to the guy.

Unfortunately... Frank was wrong.  The guy laughed at my $40 offer.  However we did settle on a $60 price tag.

The bulk of the shoebox collection helped me triple the size of my vintage hockey binder.  Here's a snapshot at what was in the box: 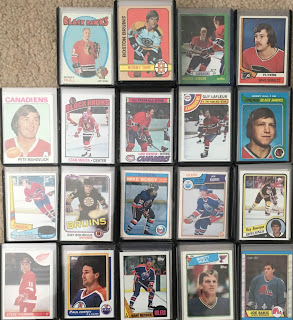 Check out a few of my favorites...

In addition to the vintage cards, there was a huge stack of 90's inserts and parallels as well... 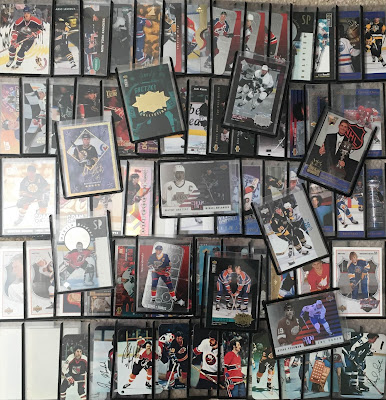 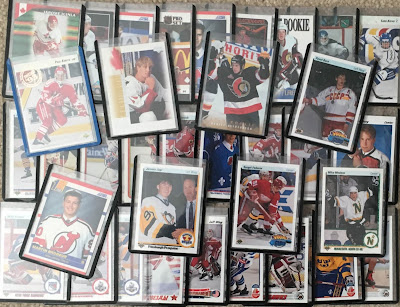 Overall... I was pretty happy with the purchase.  Now some of you might be thinking... what's so great about this deal outside of that pair of Orrs?

Well... see for yourself.

Sitting within the stack of inserts and parallels was this on-card autograph of The Great One: 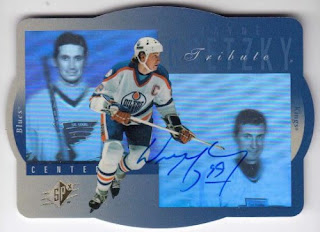 Now if you're scratching your head... thinking to yourself that you've seen this card posted on my blog before... then you're not mistaken.  Back in 2015, I picked up this copy on eBay: 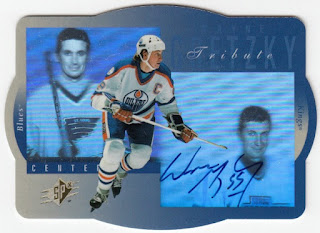 So now I have a pair of Wayne Gretzky autographs sitting in my collection.  Considering that this card alone sell in the $140 to $155 range, this has to be one of my nicer flea market finds in recent years.

And just in case you're a hockey hater... there was one baseball card sitting among the collection as well: 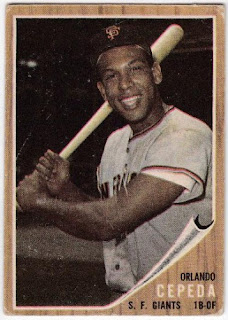 It's a little beat up, but at this point... this 1962 Cepeda Woodie is nothing but gravy.

Well that's it for now.  Hopefully I'll be able to walk around the Capitol Flea Market this upcoming weekend.  If not... at least there's a card show on Saturday to look forward to.

Since this post is primarily a hockey post... I figured I'd throw a huge shout out to Patrick Marleau who scored four goals in the third period last night against the Colorado Avalanche. 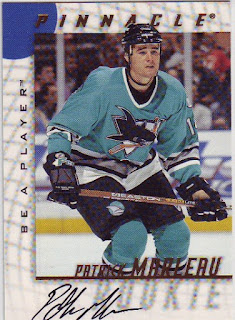 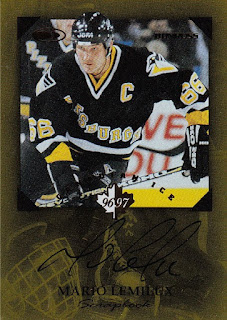 Mario Lemieux was the last player to accomplish this feat almost twenty years ago.

Final update... I promise.  Marleau scored another goal tonight... the game winning goal with just under five minutes to play.  That was his 498th goal of his career.  Congratulations Patty!
Posted by Fuji at 3:00 PM