One of my closest friends told me that I'm a little kid stuck in an adult's body, because I'm so attached to my childhood.  At first, I was a little annoyed.  Then it started to sink in.  Maybe she's right.

Today I wanted to share some of my favorite things from my childhood outside of sports cards and Star Wars. 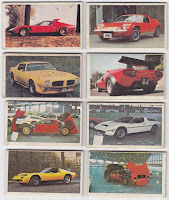 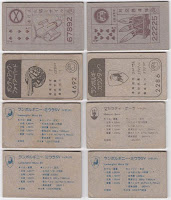 Without sounding like too much of a nerd, I was always the kid who loved it when the annual book fair arrived at my elementary school.  My mother volunteered almost every year and I'd hang out and create a list of all of the books I wanted.  But the thing I look forward to the most was buying new posters for my bedroom walls.

While the girls fought over cute puppy posters... the boys were all about the sports cars.

My personal favorite as a prepubescent boy was the Lamborghini Countach.  What amazes me is that thirty years later these cars still look way ahead of its time. 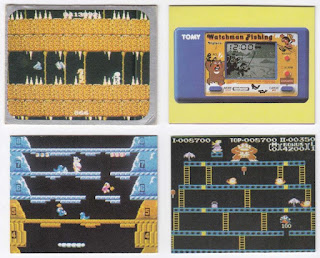 Another thing I enjoyed growing up were video games.  Every year my family would take two or three ski trips to Lake Tahoe.  During the day, we'd go to Sierra Ski Ranch, Squaw Valley, Alpine Meadows, or Heavenly and hit the slopes.  At night... my parents would drop me and my cousins off at the Harrah's arcade with a two or three rolls of quarters while they gambled.  Today's parents use iPads and YouTube videos as baby sitters.  My parents used casino arcades.

If I got good grades and did my chores, I also earned TV time.  I've always enjoyed a wide variety of shows ranging from sports to comedies to dramas to cartoons.  One of my all-time favorite cartoons has to be classic 80's Transformers.  I owned a few of the toys, but they came out right about the time I was transitioning into a teenager.

Right around my middle school years, VHS rental stores were in full swing and my parents started letting me watch PG-13 and R-rated movies.  I'm sure my memories are exaggerated, but it seemed like I always rotated between Faces of Death, Fast Times at Ridgemont High, and Enter the Dragon.

Bruce Lee was the man.  Who am I kidding?  I'm still a huge fan thirty years later.

I've watched most of his mainstream movies multiple times each... although, I have to admit... I've never seen a single episode of The Green Hornet.  Maybe I'll track down some episodes online and check it out.  But for now... I have plenty of other comic book shows like The Walking Dead, Arrow, Daredevil, and Agents of S.H.E.I.L.D to keep me occupied.

Before I wrap up this post, I want to thank Ryan over at Japanese Sumo Wrestling Cards and Menko for sending me all of the wonderful cards featured in this post.  It truly took me on a trip down memory lane... which is never a bad thing.

He also sent another nice addition to my unopened Japanese pack collection:

According to Ryan, it's from a 80's anime show called Bismark.  I've never heard of it before... but it looks like something out of Robotech... which is another one of my favorite 80's cartoons.

And finally... here's the final card in the care package:

I have no idea what year or set this card comes from, but it appears to be some sort of vintage Menko depicting a ninja.  And everyone knows that ninjas are cool.

Whatever it is... it's an awesome addition to my non-sports Japanese binder.

Thanks again Ryan for another generous care package.  Looks like I'll need to target some new Laird cards for your collection in the near future.

Until then... happy Sunday and sayonara!
Posted by Fuji at 7:00 PM