The less I want to discuss religion or politics.  When I'm around people who are interested in that topic, I become the guy who sits back and listens.  Sometimes it's entertaining.  And sometimes it's not.  Either way... I'm not a big fan of arguing and debating... especially on these two subjects.

With that being said, I just wanted to share a cool card of Hillary Rodham Clinton: 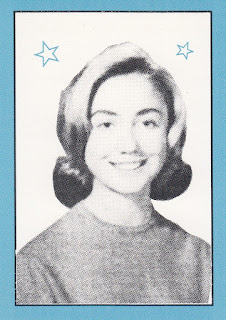 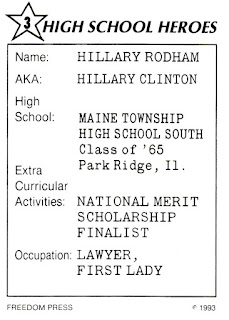 Tonight she'll formally accept the Democratic Party's nomination for president.  Then in November, the citizens of our amazing country will decide whether or not they want her to become the first female president in our country's history.

This twenty-three year old piece of cardboard is part of a set that features high school photographs of athletes, politicians, and entertainers.  Here are a few of the people in the set.  Can you guess who they are? 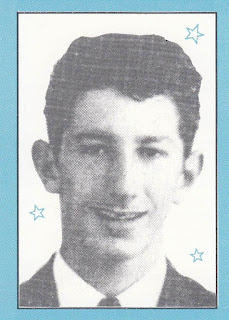 Hint: He was never afraid of kicking up dust and getting in people's faces. 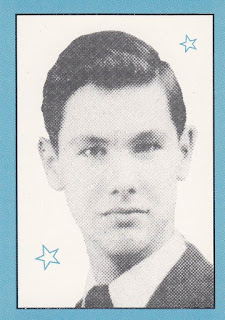 Hint: He paved the way for Jay and Jimmy. 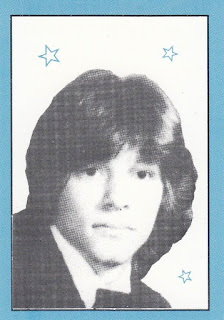 Hint:  He's living on a prayer. 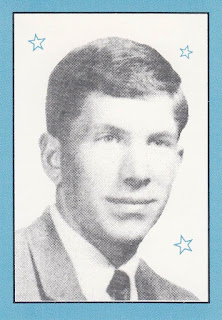 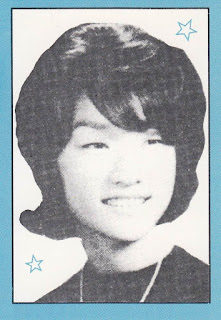 Scroll down to see the correct answers...

Honestly... I don't think I would have gotten any of them correct without the hints.  And even with the hints, I wouldn't have guessed Johnny or Connie.