I've never really been a fan of the color gold.  But when it comes to collecting cards, I'll make an exception.  Off the top of my head, the earliest memories in regards to gold trading cards were the 1991 Leaf Gold inserts that featured a bunch of rookies and tribute cards to Rickey Henderson and Nolan Ryan.  These cards opened the door to my collection for hundreds of other gold trading cards over the years.

My favorite piece of gold cardboard happens to be card I recently picked up.  Now before I go any further, I thought it's important to mention that there was a time when I truly thought I'd never own this card due to scarcity and cost.

Well... obviously I was mistaken.  Back in November, I stumbled across this Tony Gwynn on COMC: 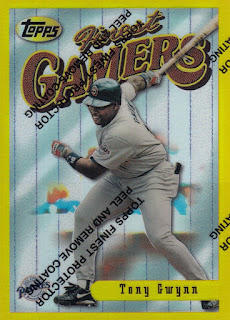 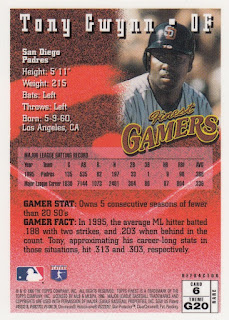 These days, it's out of character for me to go around making $12.75 offers on anything that isn't a vintage or autographed card of a hall of famer.  But out of all of my recent COMC pickups this card was the one that made me the most giddy.

Back in the day, I remember hanging out at my local card shops and watching collectors go nuts over 1996 Finest Baseball.  Some ripped packs.  Others busted boxes.  All of them had one thing in common.  They were hoping to pull a gold refractor.

Although refractors had been around since 1993, 1996 was the first year Finest used a tiered system in baseball to distinguish insertion rates and overall scarcity.  There were three colored levels: bronze (common), silver (uncommon), and gold (rare).  Gold non-refractors were inserted at a rate of one per box (24 packs), while the refractor versions were much more difficult to pull.  According to Beckett, they had an insertion rate of one per 12 boxes (288 packs).  Originally, Topps had announced that there were no more than 150 copies of each gold refractor.  This was eventually proven to be a lie and Topps paid the price.

However when you consider that Gwynn was one of twenty-six different gold cards in the 1st Series, you could still see why this card was one of my white whales.  Honestly... I stopped thinking about this card, because I didn't think I'd ever find an affordable copy.

Thankfully, over the years, prices have dramatically softened for these once "very rare" gold parallels which has opened the door for me and any other collectors seeking shiny hidden treasure.

Speaking of gold... Wes over at Willinghamer Rising recently bombed me with a nice care package that included this card: 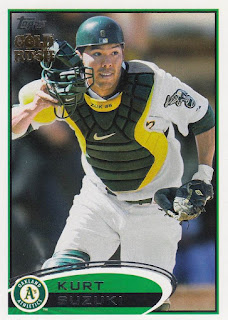 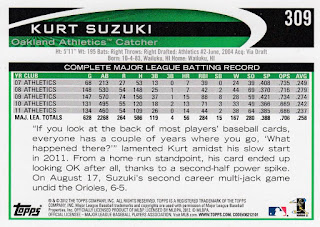 Have you ever seen one of these parallels?  I had to do some research, but in short, these 2012 Topps Series One parallels are pretty rare.  In fact, it's definitely more rare than the Tony Gwynn pictured above and outside of a few printing plates I own, it could be one of the rarest Suzuki's in my collection.

Wes continued to shower me with gold.  Wait.  That doesn't sound right.  Let me rephrase that. 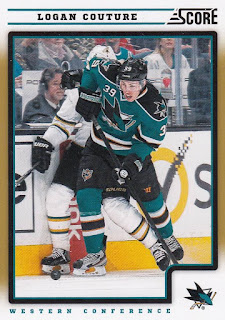 Not quite as rare as the Suzuki.  However in 1993, Score actually premiered their Gold Rush parallels nearly two decades before Topps did. 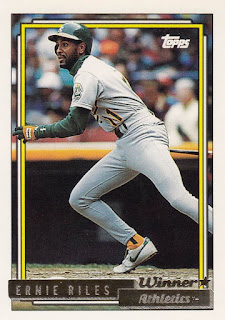 Anyone else use the flashlight trick back in 1992 to help them win a bunch of these cards?

Here's the last gold parallel from the package: 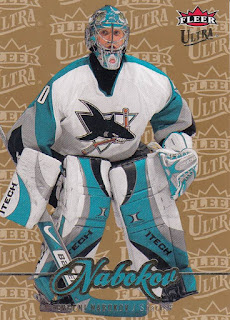 Ultra Gold Medallion parallels have also been around since the mid 90's.  Just another piece of evidence to support anyone who wants to argue that the 90's were our hobby's most innovative era. 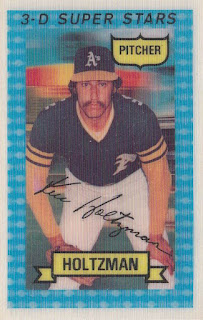 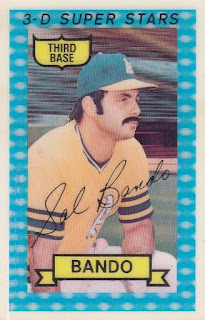 I sure love me some 70's Kellogg's lenticular cards.  When I pulled these out of the stack of cards, I just sat there staring at them for at least two or three minutes. 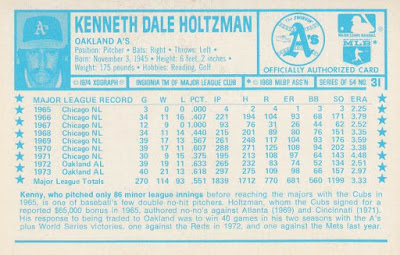 It would have been longer had I been able to read the printing on the back.  The older I get, the harder it is for me to read card backs.  I was able to admire The Swingin' A's logo though.

If that weren't enough, he also sent me a pair of "hits" for my collection:

Last month, Gavin over at Baseball Card Breakdown asked his readers if they owned any Christmas serial numbered cards.  I couldn't think of any off the top of my head.  Thanks to Wes... I no longer have to. 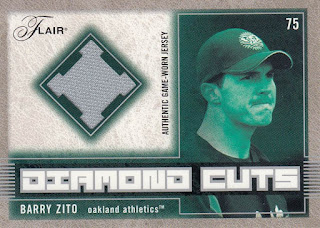 Big fan of Zito.  I'm glad I had the opportunity to watch him pitch on both sides of the Bay.  Sometime last year, I heard on the radio that he wrote and released a country music album.  Here's one of his songs:


Super rich Cy Young Award winning pitcher.  Husband to a super hot wife.  And now a professional country musician.  Life doesn't get much better than that.

In addition to the gold parallels, the two mint condition, vintage Kellogg's oddballs, and the two "hits", he also sent a bunch of other stuff for my Oakland A's, Japanese athletes, Green Bay Packers, Seattle Seahawks, and San Jose Sharks collections: 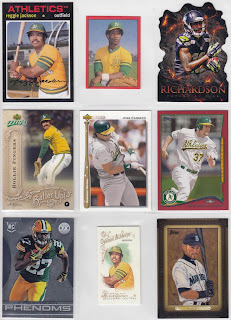 Thank you Wes!  Although the Willingham well has run dry... I'm always on the lookout for new Alabama cards to send your way.

Well that's it for now.  Until my next post, I'll leave you with a little Kanye (just in case Barry wasn't your style) and my question of the day...


What's your favorite gold (or gold colored) item in your possession?