A few weeks ago, I received some Yo! MTV Raps cards from Tiny over on CCW, which took me down Memory Lane and motivated me to track down some cheap boxes on eBay.  Unfortunately there weren't any within my budget, but I did happen to find this thirty-seven card lot on eBay: 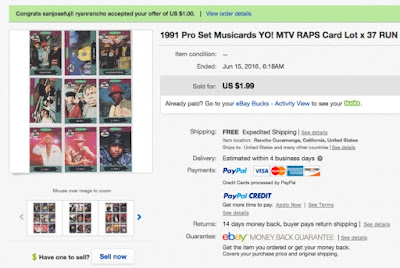 The vendor was asking $1.99 (+ free shipping), which is probably a fair price considering it cost them nearly that much in shipping alone.  But since there was a "best offer" option, I decided to see if he'd take a buck.

He did.  The main card I wanted was the Beastie Boys card at the top of the post.  They've been one of my favorite groups for close to three decades and I've slowly been picking up pieces of their memorabilia. 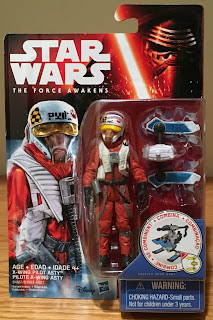 Last month it was a Star Wars figure that honored their 1998 album Hello Nasty.

Back in March I grabbed this limited edition skateboard deck that's a tribute to Spike Jonze who directed several Beastie Boys music videos, including one of the most iconic music videos ever made:

Sorry... due to copyright issues... I had to use the Beavis and Butthead version of Sabotage.  I'm not allowed to show you the actual music video on my site... but you can click here and watch it over on YouTube.

Or you can wrap up this post by checking out this pair of rap classics instead: 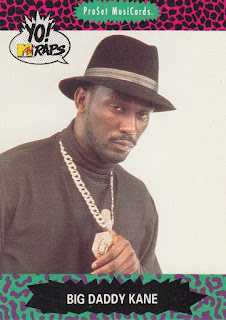 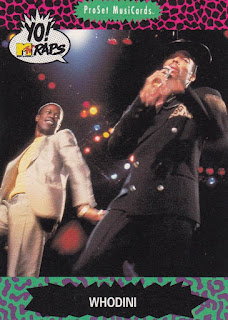 Happy Thursday and sayonara!
Posted by Fuji at 5:00 AM