When it comes to baseball... it's been a pretty rough season for my two favorite teams.  But that doesn't keep me from getting out to the ballpark as much as possible. 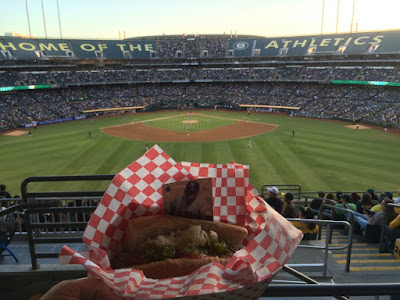 I took my best friend's nephew to the A's game yesterday and we met up with one of my childhood buddies and his family.  They were facing King Felix and the Seattle Mariners... 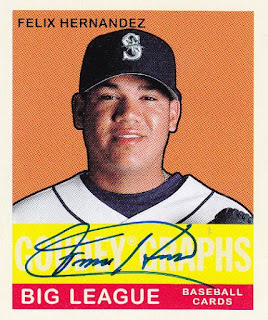 And the outcome wasn't too surprising, since Felix has pretty much owned the Athletics over the years.

The good news was we all enjoyed the food, while we watched the game and talked about the good old days. 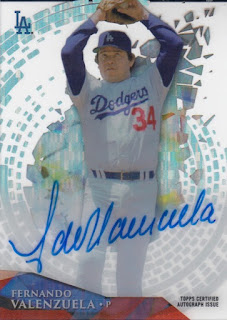 Back in college, we took several trips across the border where we had a simple agreement.  I took the shots... and he drank the chasers.  Those were some of our most memorable trips, but we're not afraid to admit that we were stupid and very, very lucky to avoid any unfortunate situations. 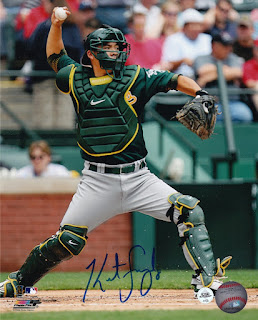 We also talked about our trip to Hawaii back in the early 90's.  We weren't old enough to rent cars, so rode the bus and relied on my cousins to takes us around the island.  They even took us to the Aloha Stadium Swap Meet... which may or may not have been the birthplace for my obsession with flea markets.

The Oakland A's may not be playoff bound, but at least they're still providing their fans with a reason to get out of the house, eat overpriced stadium food, hang out, and reminisce. 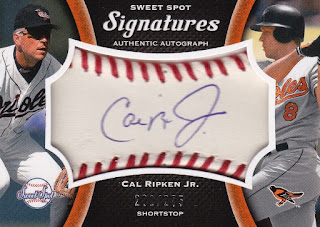 Just noticed that today is the 20th anniversary of Cal Ripken Jr. breaking Lou Gehrig's consecutive games played streak.  Found this cool clip of him launching his 15th home run of the season during the bottom of the 4th against the California Angels:


President Clinton joined Jon Miller in the booth and actually predicted that Ripken would be swinging on the 3-0 pitch if he saw something he liked. 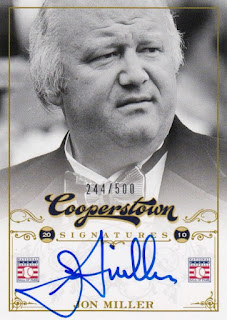 
It's a shame he couldn't foresee certain other events during his time in the Oval Office.
Posted by Fuji at 4:00 PM

Awesome pickups man. Although if I can be a bit negative for a bit, why are you wasting time watching the A's or Padres? Your local (I assume) SJ Giants are playoff bound!

I really liked the Tek autos, but hated how Topps handled that release. It would have been fun as a 12 or 24 pack bust, but instead they went the high end route.

Those were some great hazy memories!

I've been to the swap meet at aloha stadium.. Great pickups

Zippy - Lol... I'll never abandon my teams... even if they're two of the worst in baseball. As for the SJ Giants... I have tickets to Thursday night's game. Probably won't go though, since I'm old and need to go to bed at a reasonable hour.

Mark - I don't remember finding any collectibles there... but I'm pretty sure I bought an MC Hammer CD on my trip.

baseball is one of my favorite game :)
Veritable Seattle Senior Housing Program

is that a collection of yours? that was great you have signature of one of the great players.

you are so lucky to have that collections