In a few hours, the Opening Ceremony of the 2015 Special Olympics World Games in Los Angeles will begin and kick off the largest sporting event in LA since the 1984 Olympics.  Approximately 6,500 athletes from 165 countries will be watched by an estimated 500,000 people.

The Opening Ceremony itself is expected to draw 80,000 people, which is more than what comes out to the Oakland Coliseum to support the A's on most weekends.

Earlier in the year, I stumbled across this very cool set of cards produced back in 1987 to commemorate the VII International Summer Special Olympic Games.  It was produced by Leaf and obviously resembles the 1983 Donruss HOF Heroes set that features art of legendary sports artist, Dick Perez. 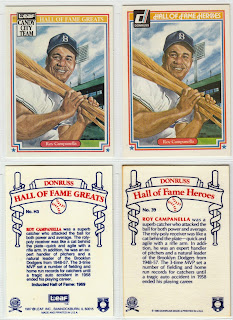 The major differences between the two sets include the card manufacturer's logo in the upper left corner on the front, as well as the actual title at the top of the card.  The card backs also feature the updated title, plus updated numbering, smaller text font, and the added Leaf logo at the bottom. 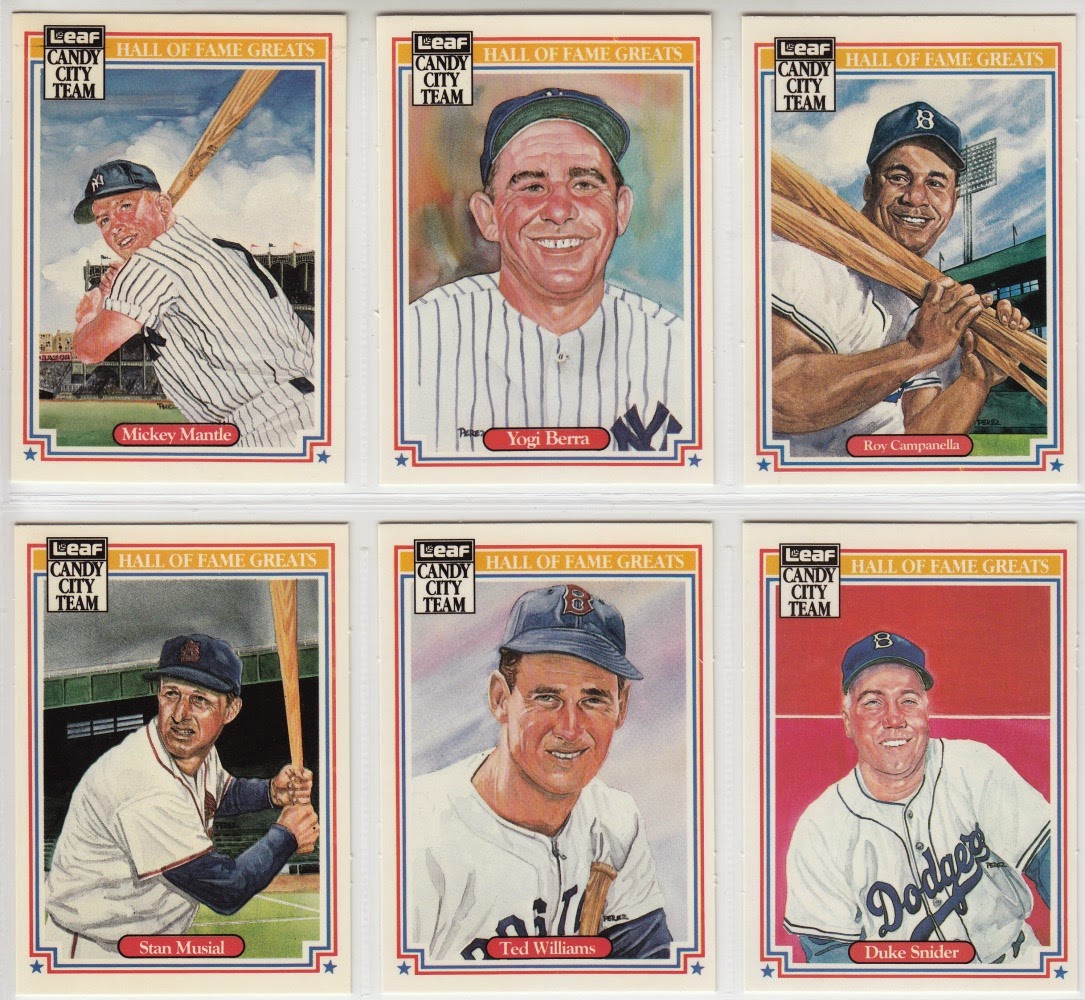 The original 1983 set contains forty-four cards, but this special commemorative set only has eighteen cards. 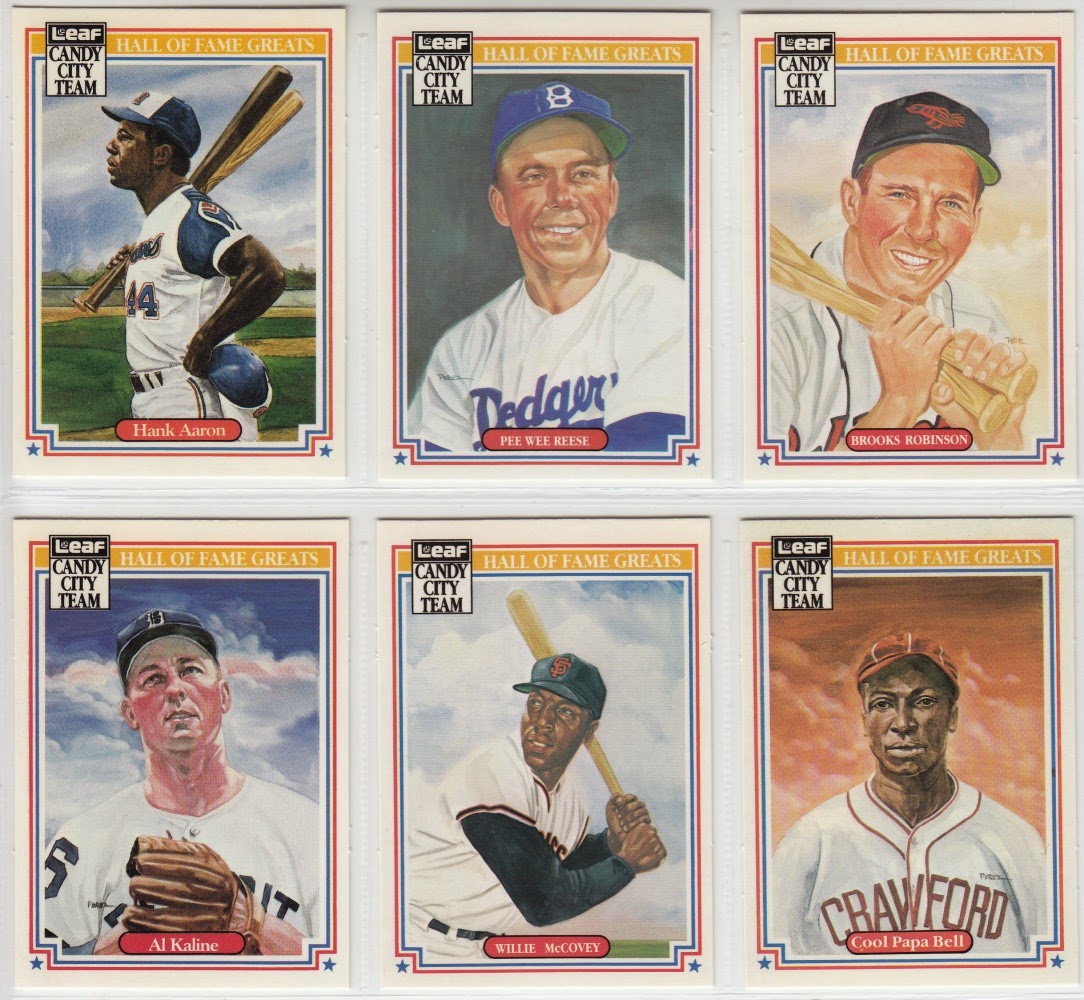 The first twelve cards are guys who have been inducted into Cooperstown... most of whom were featured in the 1983 set.  However there are three guys who were inducted into the Baseball Hall of Fame since then and were included on the checklist:

The final six cards commemorates five of the sports events that took place back in 1987: 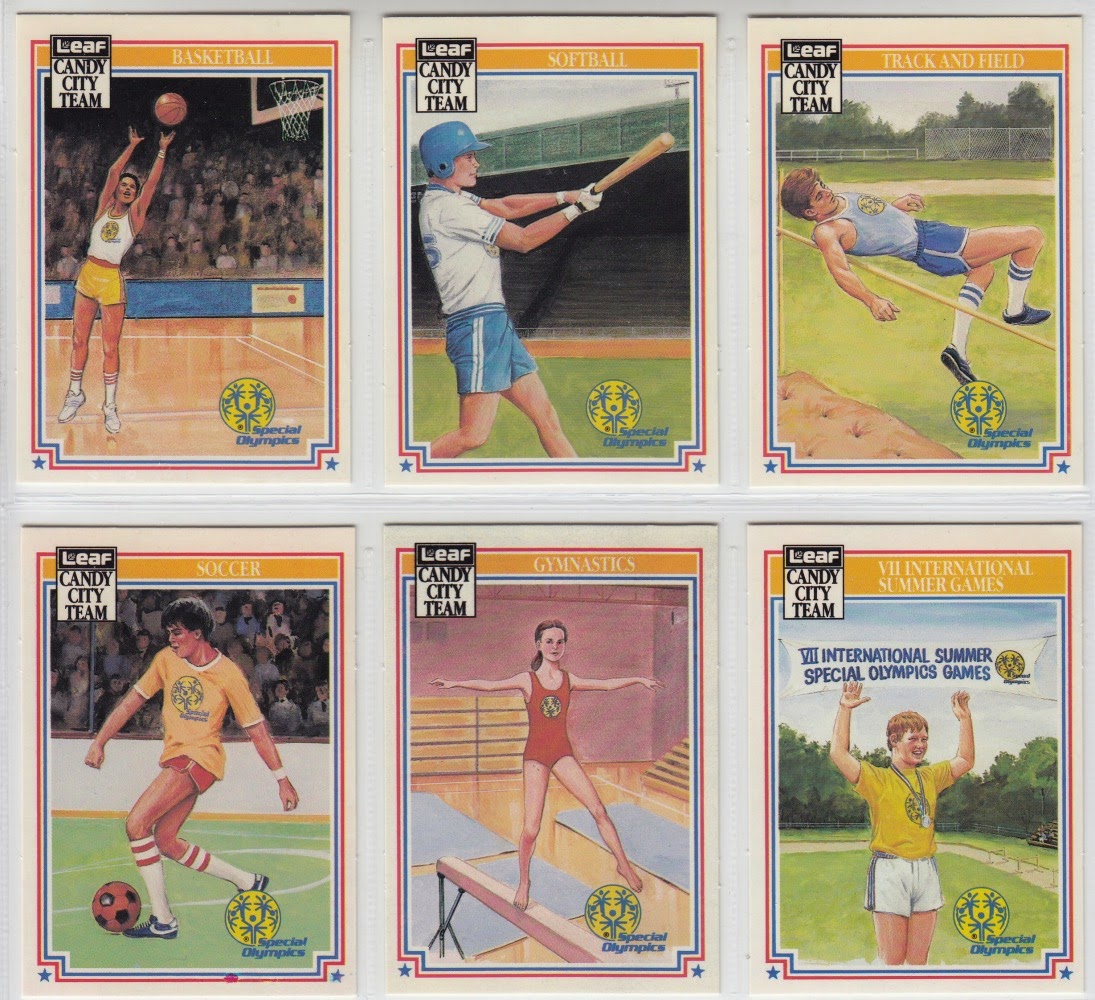 And according to the Special Olympics website, all five of them will be featured this week as well.  The final card is the same card featured at the top of this post which commemorates the actual Olympic Games.

These cards were distributed in three card specially marked packs that contained two baseball players and one Special Olympics card.  Based on an eBay listing I found, it looks like people could obtain one of these packs with the purchase of two Leaf candy or gum products back in 1987.

I'm a huge fan of this oddball set.  My only complaint is that they didn't include Jackie Robinson.  On the flipside... there are plenty of huge names like Mickey Mantle, Ted Williams, and Hank Aaron to keep collectors happy.

If you're interested in owning this set for your collection, leave a comment and I'll randomize the list and pick a winner shortly after the Closing Ceremony on Sunday, August 2nd.