I'm going to kill three birds with one post.

#1:  I apologize for the inconvenience, but I had to turn the "word verification" function on to help filter the insane amount of SPAM comments I've recently encountered.  On average, I might receive five to seven SPAM comments a day.  However over the past two days, I've received close to fifty.  Thankfully Blogger blocks most of them out, but it's literally flooding my mailbox and is totally annoying.


#2:  85% of this post will be music related.  Yet most of you who take the time to read my posts are probably sports fans. 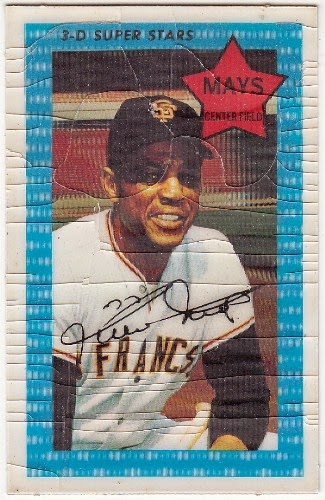 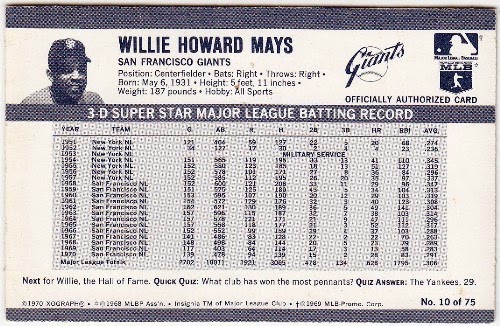 I know it's full of cracks, but for the price it was hard for me to pass it up.  Last weekend, I ran into a vendor who had stacks of random cards scattered on his table among a bunch of video games.  He had this card priced at two bucks.  Plus he had a box under his table with dime cards.

I ended up pulling out 46 cards and the Mays.  He told me I could have them all and a box of 1993 Collect-A-Card American Bandstand cards for $6... which I immediately accepted.


#3:  Okay music lovers... it's your turn.  For over forty years, American Bandstand brought music to teenagers' ears across the country.  That's why it isn't surprising to hear that a trading card set was produced for it back in the 90's, when there seemed to be cards produced for just about anything out there. 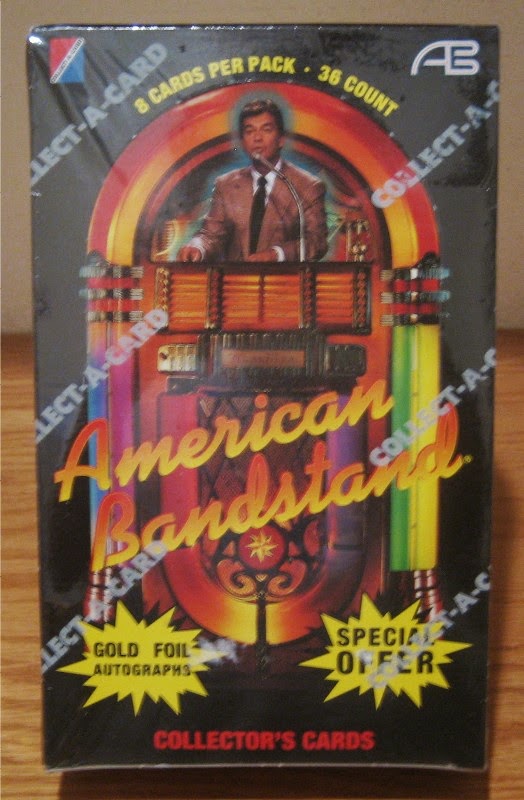 Gold foil autographs of Dick Clark, Jerry Lee Lewis, and Smokey Robinson were randomly inserted into packs, but unfortunately I failed to pull one. 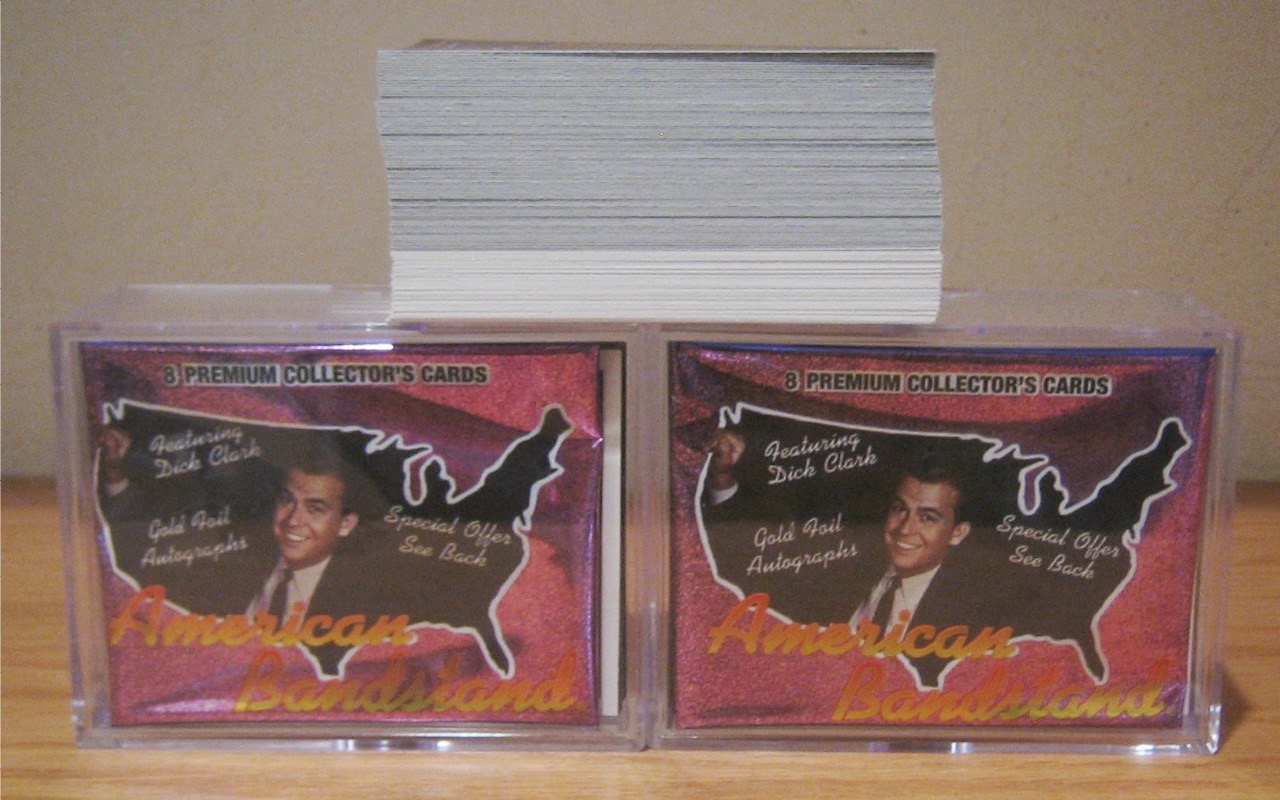 On the flip side, I was able to build two complete 100 card sets, plus have one pack leftover for my unopened non-sport wax pack collection.

The set is composed of several Dick Clark cards, various artists who have performed on the show, a few cards featuring some of the show's popular segments.

Clark was one of those people who always looked good for his age.  Unfortunately the "ageless wonder" died of heart attack back in 2012.  Thankfully the legacy he left behind in the entertainment industry will live on forever.

Here are a few of the groups and performers who appeared on American Bandstand over the years:

What music show would be complete without a Beatles tribute?

And how about a little Shadow Dancing...

Finally... I wrap up this post with a few of Clark's regular segments on American Bandstand:

I know these cards aren't for everyone, but honestly it's a perfect example of how much I love trading cards.  American Bandstand was never one of my favorite shows.  In fact, I'm not even sure I've ever watched an episode in its entirety.  But I enjoyed flipping through the cards, reading the backs, and learning a little something about America's pop culture.

If you're interested in reading more about American Bandstand trading cards, check out Phungo's blog.
Posted by Fuji at 3:30 PM

I've never seen the AB set. That's pretty cool. How neat would pulling a Jerry Lee Lewis sig have been.

I swear I was just looking for this set at a decent price on Ebay a few hours ago. This post makes me want to pick one up even more.

I originally thought that they were actual autographs, but after a quick eBay search, I discovered that they were foil facsimiles. It still would have been cool to pull one of those.

Email me your address and I'll ship a set to you. I was originally going to sell one of the sets to cover the cost of my dime box purchases... but I know you'd give it a good home.

Pretty cool. Back when I was a kid, I had a liking for Tennille, must have been those LONG legs.

I really like that post... it had a good beat, and it was easy to dance to.

What, this isn't Rate-A-Record? Oh, sorry.

First off, that is a sweet Willie Mays, cracks and all. I think any of us would've jumped at it for the price.

Second, I enjoy checking out sets like this... don't worry that it's not sports, you enjoy them and I'd rather read about a non-sports set you like than slogging through an "obligatory" post.

I've been thinking about putting together or collecting some sort of nonsports-type card, with music and musicians being a strong possibility. These are really cool.

The 1971 Kellogg's card looks like a puzzle with all that wrinkles. But looking nice though!

Thanks for the AB Box review - I have added it as a resource to my Bandstand Set Index http://phungo.blogspot.com/2014/10/1993-collect-card-american-bandstand.html

That South Park clip made me a fan of that show...hilarious!

American Bandstand was a huge part of my childhood. I remember watching it with my mom and later on my own. I remember seeing some great acts on that show.

I also remember Solid Gold, which I'm sure was inspired by American Bandstand.

I'll make sure to add it to your stack.

I'm pretty sure I had a crush on her too.

Thanks. Picking my posts is always a tough call for me, because part of me wants to record my collecting history and blog about everything. But at the same time, I don't want to bore the people who take the time to read my posts.

Let me know if you want to collect this particular set... I have extras.

It's the first thing that popped into my head when I read the back of Gibb's card.

I remember watching a few songs on Solid Gold and Soul Train... but didn't watch American Bandstand too often. Only thing I really remember is the title song.